Civic health means vital communities. The civic, social, and political strength of our state depends upon organizing our communities to collectively identify and address public problems and concerns such as unemployment, quality of schools, social isolation, and government accountability.

In 2018, Civic Nebraska led the way in strengthening Nebraska’s civic health. New partnerships summoned us farther into Greater Nebraska, forging new connections with economic development officials to increase civic connections and vitality across the state. We also continued our role in the Rural Civic Action Project, which engages rural high school students in critical thinking about community strengths and areas of improvement. And we immersed hundreds of Nebraskans — from middle- and high-school students across the state to recently naturalized adult Americans — in the workings of state government through Capitol Experience Days.

Individuals, families, and communities are integral to civic health. We connected with thousands of Lincolnites during the first full year of Collective Impact Lincoln, a partnership to life up six of the city’s core neighborhoods. Our listening sessions rapidly developed into action plans on housing affordability and the rehabilitation of public spaces to spur community connection. Meanwhile, ONE Omaha has solidified itself into a hub of neighborhood connectivity in our state’s largest city. ONE Omaha led planing and execution of Septembers inaugural NeighborFest, which linked together hundreds of Omahans seeking positive local change.

Civic health means vital communities. That’s why we bring Nebraskans together in our streets, in our schools, and in our neighborhoods. 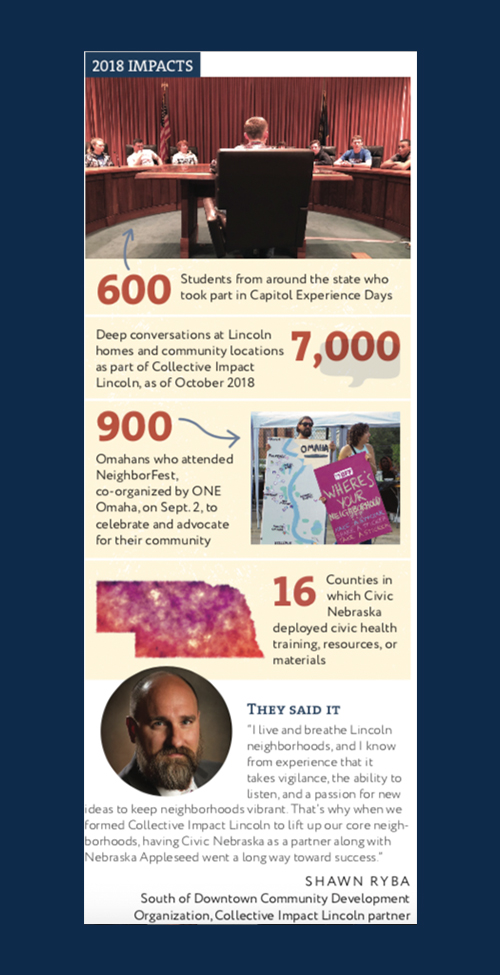 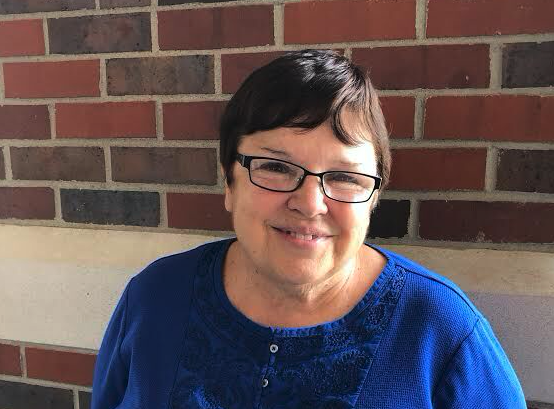 A retired Spanish teacher, Marie taught in Auburn and Millard schools, earned a Ph.D. at the University of Nebraska, was an adjunct at UNO and later, taught at Nebraska Wesleyan U. An active school, church, and community volunteer, Marie also interprets at Clinic with a Heart in Lincoln.

The political rhetoric right now is extremely difficult. It’s divisive about everything. That’s why I took Civic Nebraska’s civil discourse class through OLLI (the Osher Lifelong Learning Institute at Nebraska U.)

I was reminded that part of civil discourse is listening. Stepping back, listening, seeing where other people are coming from. And helping them see where I’m coming from.

To agreeably disagree. Which is not easy.

Politically, my state senator and I don’t align perfectly. That’s often enough to stop a potential conversation with an elected official. I kept my civil discourse lessons in mind when I called for an appointment to meet with (the senator) about a bill. We ended up talking at a coffee shop for two hours.

I wouldn’t have even started the conversation had it not been for the course.

It can feel like the situation is hopeless with getting politicians together and respecting one another’s views. Especially nationally. It’s hard to see movement in that direction. But there are opportunities.

Sometimes (in a politically diverse group) I give examples from my experiences. I talk generally about the lives of those who visit the clinic, to make it real. I stay fact-based. For some, it still might be too far away from their views. But for others, it might make them consider a different view. That gives me hope.