An engaged, informed society deserves fair and accessible elections. Unnecessary barriers to voting damage our democracy, which works best if we all participate. Together with our volunteers and supporters, Civic Nebraska advances voting rights and challenges policies, practices, and legislation that aim to make it harder to vote.

Our Voting Rights team worked diligently in 2018 to expand voting rights through litigation, education, and legislative initiatives. We twice assembled dozens of advocates at the statehouse for “lobby days” during the 105th Nebraska Legislature.

To build an election system voters believe in and a democracy in which all Nebraskans feel represented, we trained and employed more than 150 election observers to monitor polling places around Nebraska during the May primary and November general election. We worked alongside election officials to educate voters through traditional and social media, to address ballot issues, and to modernize voting systems.

An engaged, informed society deserves fair and accessible elections. That’s why we stand guard and actively protect our most sacred of democratic rights. 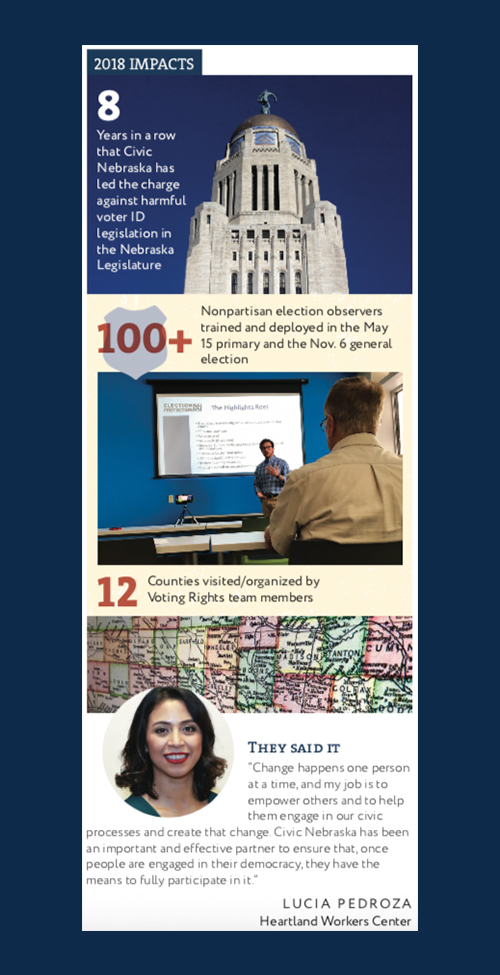 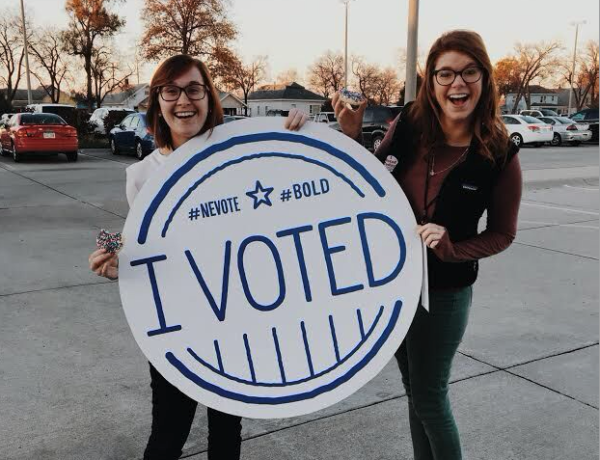 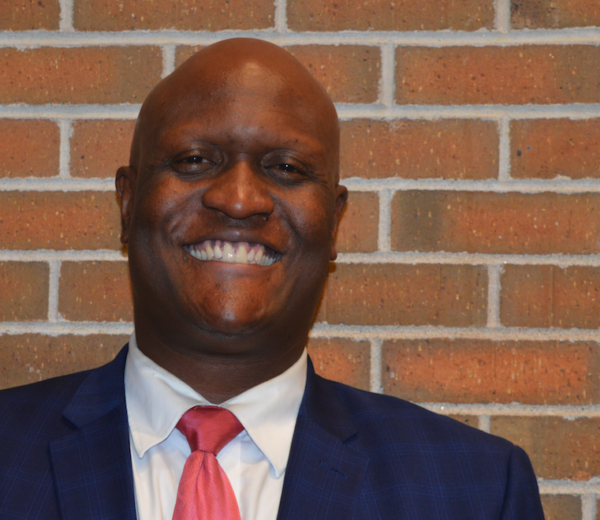 As head of social studies for Omaha Public Schools and as a student of history, Barry understands the power of citizen movements. He is an organizer of Omaha’s Voter Registration Education and Mobilization Collaborative, a coalition of community, civic and social service groups. In April, the group hosted the first North Omaha Political Convention.

I was in Alabama when the Supreme Court ruled on the Voting Rights Act (in Shelby County vs. Holder). Going through Selma, Birmingham, Montgomery, where those battles were fought – it couldn’t have been more fitting.

After the ruling, I read about voter suppression. People being taken off the rolls. Voter ID laws and so on. When I would tell others about it, often I was the first person they’d heard it from.

It’s not just happening in other places. Obama won an electoral vote in the 2nd District in ’08, but by ’12, redistricting changed the game. That was on display again in ’16, which is when it got real for me.

The North Omaha Political Convention was a great success. Hundreds of people and more than a dozen local candidates got together. It was a great way to spend a Saturday.

When you show how national issues connect with local lives, people have a harder time saying their votes don’t matter. I want to make sure that those elected to represent us hear from all of us.

There’s still an electorate that’s not yet the electorate. We need to have those individuals speak, to understand that if you don’t, then those who we elect will continue to think they can do whatever they want.

I have three daughters. I don’t want them to wonder someday whether their father did anything to make things better. I can’t rest knowing I didn’t do anything. That’s the calling.