Civic leadership is imperative to democracy, and it needs to start early. Too often, we wait until high school; we believe that is too late. Children who are exposed to service learning in school are more likely throughout their lives to be active in their communities and to vote. Civic Nebraska empowers youth with civic leadership, critical thinking, problem-solving, and civil discourse skills that our democracy requires. 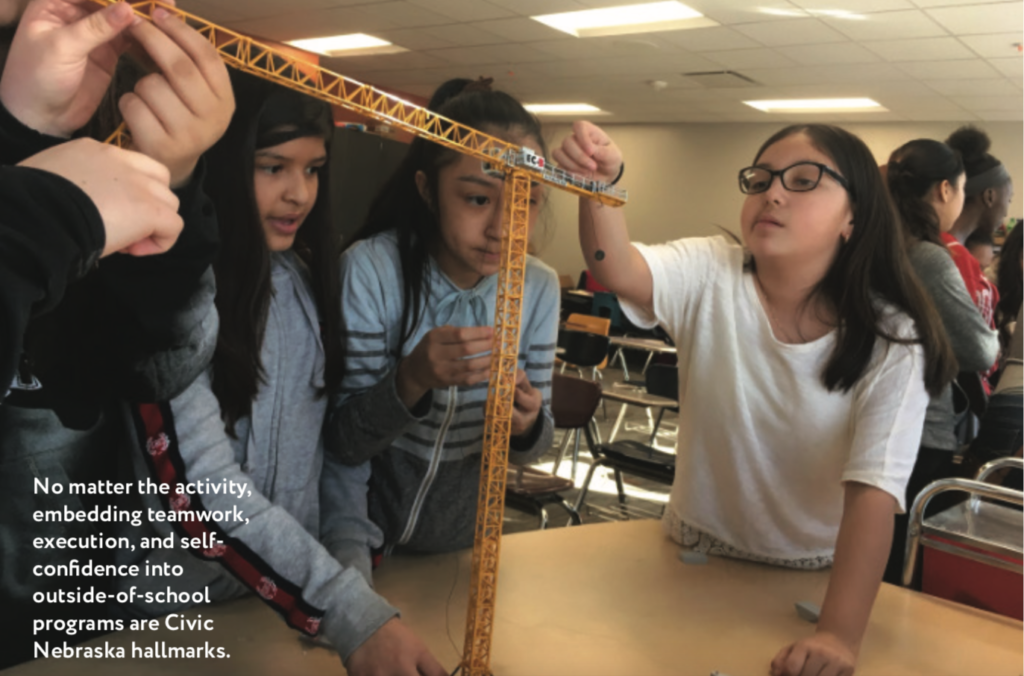 In 2018 we continued our steady growth in the number of students served in our school-based Community Learning Centers. Once again, Civic Nebraska’s learning centers outpaced state averages in fundamental outcomes most important to schools, parents, and students themselves — including social and emotional learning, partnerships, and family involvement in their child’s educational journey.

We also continued to promote civic leadership through other outlets. Working with teachers in classrooms across the state,

Civic leadership is imperative to democracy. That’s why we start early, empowering Nebraska youth to lead the positive change they seek in their world, and normalizing civic engagement at an early age. 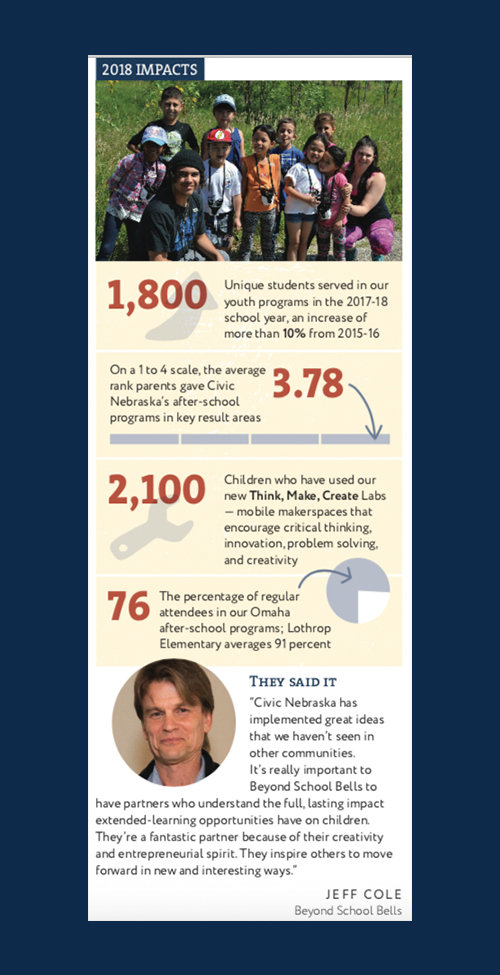 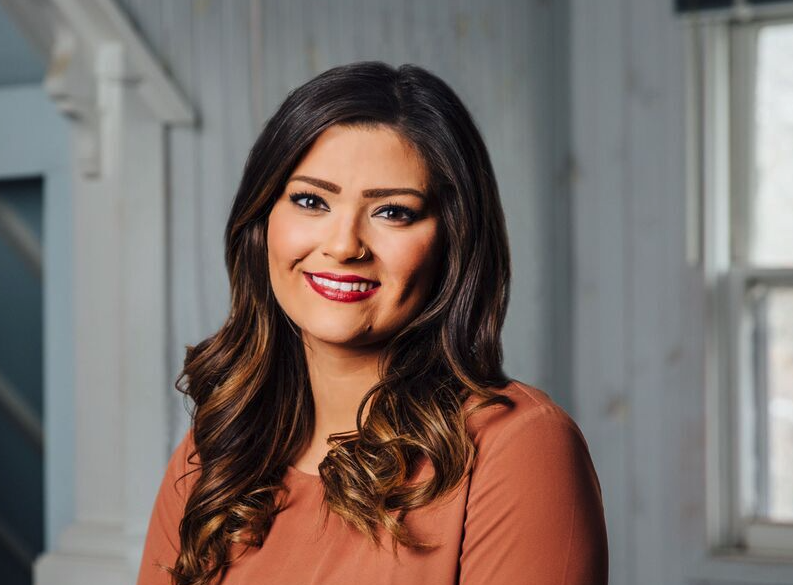 As principal and creative director of DayCloud Studios, Liz has built a dynamic branding and marketing company in Omaha. She is a coach for Circles, Civic Nebraska’s program to connect middle school girls to women in the Omaha area who have succeeded in careers not traditional to women. Liz knows that passing on her life lessons to the next generation is vital to democracy.

Empowering women is among the top things I’m called to do. I grew up with a mom that was a very strong woman. She taught me that strength and independence. It’s always been a part of me.

I make my own lane. I want to show young women that they’re capable of making their own lanes, too.

My main message with Circles is: Don’t let other people define who you are. You decide what you want out of life and what you’re capable of. Moreover, don’t use it as an excuse. In some contexts, being a woman is obviously something you have to overcome, but it’s not an excuse for not accomplishing something.

I tell young women, “Don’t settle.” Raise your ambitions. Don’t just be the VP. Be the president. Be the CEO.

All of our lives, we’re told we’re princesses. But I believe we’re meant to be queens. We’re meant to rule, not be overlooked.

There’s nothing better than when the light bulbs come on. And even if they don’t realize it at the time, I hope that some of my words will come back to them during times that matter for their lives.

“I am capable of doing far more than what people tell me I am or tell me I should be.” That’s what it comes down to — and Circles gives me an avenue to say that to an entire generation of future queens.