Far from D.C., democracy shines through

Democracy is as much a meeting in a church basement as it is a special session under a rotunda, Rebecca Svec writes.

For much of my life, I’ve looked forward to Election Day. Like back-to-school in August, they were ordinary days but with a charge in the air, starting with the time I drove home from college to vote in the presidential election for the first time. 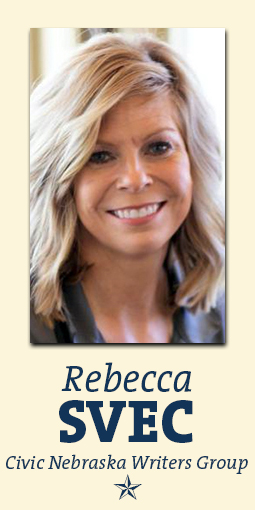 In my twenties, writing for daily newspapers, I loved the buzz in the newsroom that lasted into the night. But my favorite Election Day memories are set in a polling site in a high-ceilinged room at the front of Milligan’s historic auditorium. I was married with babies by then, and the faces asking me to verify my identity were familiar and dear.

Without fail, a polling volunteer would put out her arms and offer to hold one of my sons while I voted.  I would hear the pair in the background as I filled in the ovals on my ballot, her sing-song tone and my baby’s delighted giggles.

But in 2016, this Election Day shine dimmed. That day, something about the world’s greatest democracy felt off. And in 2020? You can guess. The coverage of the presidential race was relentless and on an incessant loop. All eyes were on Washington, the all-encompassing presidency. The opinions reflected in the votes were polarized and unyielding. And, surprisingly yet unsurprisingly, speculation about the next presidential race drew coverage even while the 2020 winner remained unofficial.

Headlines questioned if our democracy was failing, making that shiny, idealistic view I once held for Election Day – and elections – hard to summon.

Then a good and wise friend reminded me that democracy is bigger than elections. That it is broader than Washington. That it is a part of our daily life.

The system America put in place so many years ago ensures that democracy plays out on America’s biggest stage – as well as its smallest. Amid breaking news alerts and constant national noise, it is easy to forget how democracy can most straightforwardly affect us, and vice-versa.

While we focused obsessively on Washington, our local governments marched on without missing a beat. In our states and our cities, we elected board members and representatives. Referendums passed or failed.

It is the democracy right outside our door that affects us directly: in our state legislatures, counties, cities, villages, townships, rural fire districts, school boards, and everywhere people of good faith gather. Democracy is as much a meeting in a church basement as it is a special session under a rotunda.

Little democracies keep our schools operating and our streets in repair. It may be mundane and it may not grab big headlines, but those votes are for the public servants who keep our houses in order. They make sure gravel roads have gravel. That a fire truck arrives if we need urgent help. If we want to change something about our communities, they are our starting point.

Clean water and efficient sewer service do not sexy campaign promises make. But what affects our daily lives more? While I, like so many others, surrendered too much of my attention to the toxic national political drama, I could have been looking for the good.

A perfect example was right in front of me. Four years ago, a friend ran for a spot on the town board in Shickley. We designed a flyer emphasizing his service to his hometown. And though he has lived in Shickley almost his whole life, he still went door-to-door to introduce himself.

“If I’m asking for their votes,” he told me, “I should meet them and listen to their input.”

He was elected; in November, he was re-elected among two candidates who ran for three open spots. The board is now recruiting interested residents to fill the third spot, to make the board complete.

It matters in Shickley, even though it didn’t spark contention and will likely never shine in the spotlight. And in four years, even if there is a losing candidate and a winning candidate, there is a good chance both will meet in the grocery-store aisle and they will trade comments about the weather and the events in their town.

Life, and democracy, continue on.

Rebecca Svec grew up in Gage County and now enjoys life on a farm near Milligan. A former journalist in Hastings and Lincoln, Rebecca was Doane U.’s director of communications before joining Fortify Group of Shickley, Geneva, and North Platte. For more Civic Nebraska Writers Group columns, click here.