Tell senators: a constitutional convention is bad for Nebraska 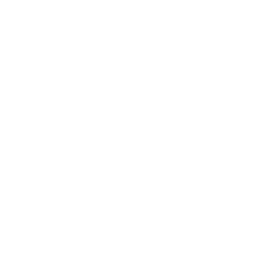 An Article V convention leaves too many important questions unanswered and opens the door for special-interest groups and bad actors to make wholesale changes to our nation’s founding document.

Sen. Steve Halloran of Hastings has prioritized LR14, meaning the Nebraska Legislature will once again debate if Nebraska should join a handful of states that have called for an Article V Constitutional Convention. Civic Nebraska opposes this initiative.

WHY WE OPPOSE LR14

Article V of the U.S. Constitution defines two ways to amend our supreme law of the land. This lesser-known, never-before-used method (and the subject of this bill) allows state Legislatures to apply to Congress to call a convention to propose amendments.

Once two-thirds of the states have applied, Congress can convene a convention. This convention will have the authority to propose amendments to the Constitution that then must be ratified by three-fourths of states, either by state Legislatures or by state conventions.

Proponents say a convention is needed to rein in federal spending. Yet, an Article V convention leaves too many important questions unanswered. It also opens the door for special-interest groups and bad actors to have a direct service line to make wholesale changes to our nation’s founding document.

SIMULATION WAS A WARNING

Convention of States Action, the leading organization in this push, held a simulated convention of states in 2016. The simulation proposed amendments such as giving states the power to rescind federal laws and regulations with three-fifths ratification, allowing Congress to repeal any federal regulation unless a majority of both houses vote to affirm or adopt the regulation, and eliminating all taxes on income, gifts, and estates.

The simulation showed that even the most limited convention of states that stays neatly within its proposed boundaries could not only devastate Nebraska’s state budget but also weaken crucial federal protections of our voting rights by subjecting federal law to the will of 24 percent of the population or to a slight majority in one chamber of Congress.

It is for these reasons – among others – that we cannot support Nebraska’s petition to join an Article V Convention of States.

WHAT YOU CAN DO RIGHT NOW

> Read and share our issue summary for a further breakdown on this topic, as well as details about how federal money would be at risk.

> To learn more about this dangerous legislation attend our Constitutional Convention Conversation on Monday, March 15, at 7 pm CDT. RSVP for this event now.

> Contact state senators. In particular, these state senators need to hear from you today about the dangers of opening up the Constitution to special-interest groups:

As voting rights advocates, Civic Nebraska opposes LR14 because the Department of Justice, voters’ last line of defense against state infringement on voting rights, would be exposed. As Nebraskans, we oppose LR14 because it would almost certainly decimate the state budget. Supporters’ top priority is a balanced-budget mandate. State aid would almost certainly be reduced or cut completely; in 2018, federal funds made up a third of Nebraska’s budget.

We’re tracking nearly three dozen initiatives at the statehouse this year related to elections, voting, and voting rights. Here’s a guide to several of them, as well as specific ways to ensure your voice is heard as state lawmakers consider them. Feel free to keep our 2021 Voter Advocacy Toolkit nearby throughout the current session to assist you in your activism and advocacy.