‘If you need ID at the store, why not to vote?’

Democracy isn’t transactional, and polling places aren’t retail stores. Their locations, processes, and costs are not supposed to be easily accessible for some but severely out of reach for others.

In our new book Reclaiming We, we offer a chapter titled Be a Citizen, Not a Consumer. It’s partly about how over time many Americans have taken a transactional view of our democracy. Fundamentally, many of us see the country like a business, with everyday Americans as customers.

This “consumer sovereignty” is a powerful cultural force, and naturally, it shows up in our political discourse. You can find it in the re-ignited debate in Nebraska about requiring voters to produce an additional photo ID on Election Day. In fact, a popular talking point around such measures goes something like this:

You have to have an ID to drive a car, get on a plane, or buy alcohol. So why can’t we require ID to vote?

Well, let’s unpack that, shall we? 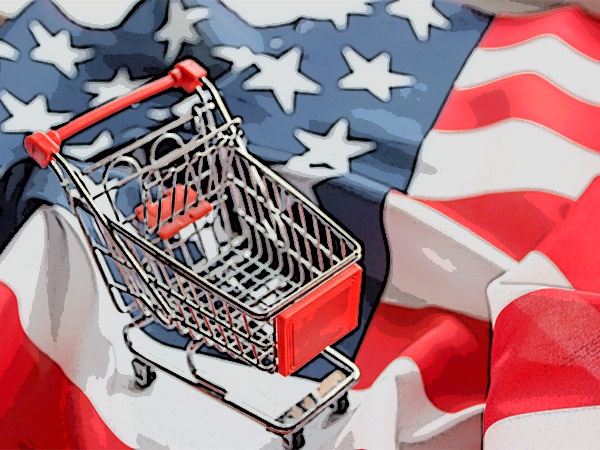 If you look at the country like a consumer, the above statement seems logical. If you don’t, well, then the problems with this notion are obvious. In short: Driving to the store, flying to another city for work or a vacation, or purchasing alcohol are not fundamental civil rights. But voting? Voting is.

That’s not just an opinion. The right to vote is enshrined in the U.S. Constitution. It’s embedded in the Fourteenth and Fifteenth amendments, then reinforced at least twice more in our supreme law of the land. Still, this hasn’t deterred those who believe voting is a mere privilege from interpreting things a bit differently. Their argument is that because the Constitution doesn’t literally say “All Americans have a right to vote,” then it’s not an actual right.

Of course, that conclusion ignores the consistent form and language of our Constitution, which puts specific limits on government, not people. So if an affirmative guarantee of rights in the document’s text is the standard for our American rights, then we actually have very few of them.

The amendments also give U.S. states some latitude on how to administer elections. This is also an argument from the pro-restriction camp when seeking to create new barriers to the ballot. So that means our state Constitution is important to look at, and the central passage about voting rights in Nebraska is clear:

All elections shall be free; and there shall be no hindrance or impediment to the right of a qualified voter to exercise the elective franchise.

Little (if anything) is left open to interpretation here. It doesn’t say Well, some elections in some parts of the state shall be free, while others will be significantly harder to participate in. It says All elections shall be free. Nebraska’s constitution also doesn’t say Well, some people shouldn’t be hindered or impeded in the exercise of their right to vote, while others can be, depending on their station or background. It says no hindrance or impediment. None.

Ballot-blocking initiatives like the one being floated in Nebraska run counter to the long history of our country bringing more and more people to the franchise. And we know that such measures do little to nothing to actually prevent in-person voter fraud. Their main effect is to add more burdens and barriers to voting, like a family of modest means passing an expensive shop and knowing that realistically, there’s nothing inside for them.

But democracy isn’t transactional, and polling places aren’t luxury retail stores. Their locations and costs are not supposed to be out of reach of Americans of a certain income, ZIP Code, or skin color.

Want to improve Nebraska’s elections? Great. We can certainly do that without violating Nebraskans’ inherent rights to participate in them. Part of that commitment means we need to approach our elections as citizens, not consumers.

PrevPrevious‘Behind On Rent’ sweeps up the honors
NextThis is homeNext

Great article, even though I am not a Nebraskan! We in Iowa have an initiative coming up on our on our ballot that is deceptively worded, so that we would not have any more power to pass common-sense gun laws — ever!