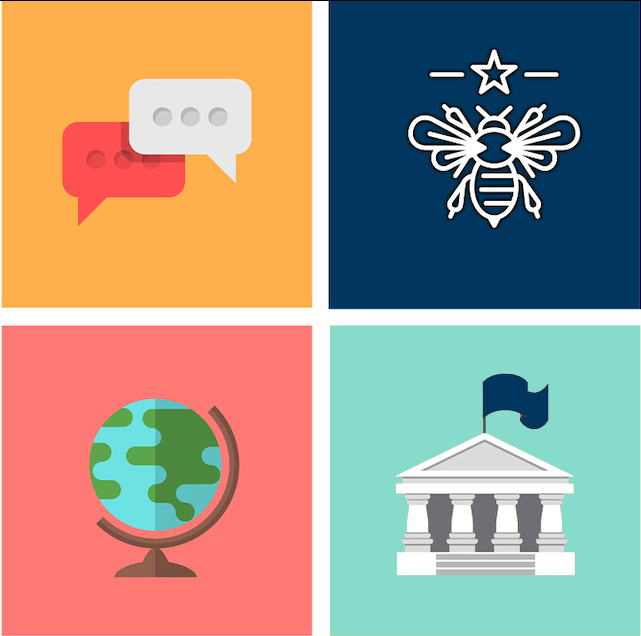 During our Back To School Giving Campaign, we're highlighting our outside-of-school programs. Here's what's happening before and after school at the Lincoln Northeast High CLC.

As part of our Back To School Giving Campaign through Oct. 15, Civic Nebraska is highlighting our outside-of-school programs and sharing what they see. Earlier this month, Grant Writer Alex Brechbill checked out Civic Nebraska’s Community Learning Center at Lincoln Northeast High School. 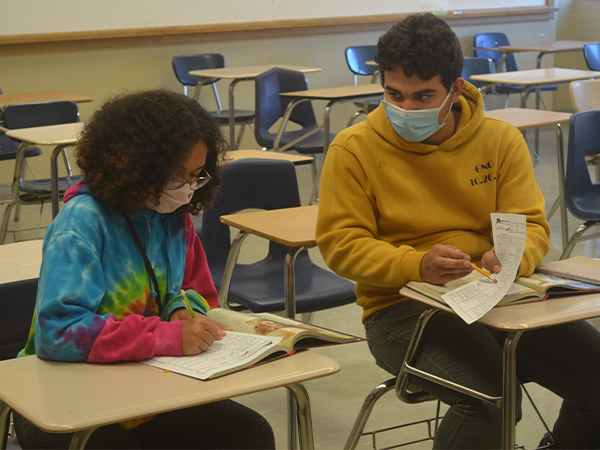 Right away, I was introduced to Rocket House, an after-school tutoring club for students. It was well-attended, with five subjects being taught by six instructors. Lily, a junior, was passionate about the CLC program. She has been involved with the CLC since its launch in 2019 – and boasted that she’s been with the program longer than some staff!

Dungeons & Dragons, also known as D&D, was booming with energy in Room 224. Students were designing their players and crafting the campaign world, most akin to The Lord of the Rings. Because a given week sees up to 40 students, games were divided into groups of six and led by a veteran player or a staff member. Those leading the games are called DMs – short for Dungeon Masters. The DMs are in charge of the rules, the world-building, and managing group dynamics. At Northeast, Dungeon Masters go through a rigorous training program called “DM Academy.” Once they’ve completed it, they are bestowed the high honor of leading a campaign.

The eSports Club has partnered with our Lincoln High CLC to compete in games like Rocket League, Overwatch, and Super Smash Bros. The increasingly popular world of electronic sports has led a bona fide competitive league, similar to athletic sports like football or baseball. Participants compete in events and tournaments and who knows? If their skills warrant, they may play professionally. Sign me up!

Learn more about our Lincoln Northeast High CLC here. To donate to our Back To School Giving Campaign through Oct. 15, click here.

PrevPreviousBuilding Young Leaders: Hannah Hrbek
NextWe can all play a part in this homecoming storyNext