A call for democratic renewal – at home and abroad

Democracy is exceptional, and it requires all of us to work constantly, urgently, and boldly. International IDEA touches on this necessity in its report, calling for “global democratic renewal” via three broad strokes for governments and citizens alike.

In our work, two things are enduringly obvious:

1. Democracy is exceptional and precious.

Both of these truths run through everything that we do – from enriching students’ civic educations to building civic health in our state’s communities and neighborhoods to protecting the rights of all Nebraska voters. Both truths also run through today’s report from an international advocacy group about the global state of democracy. 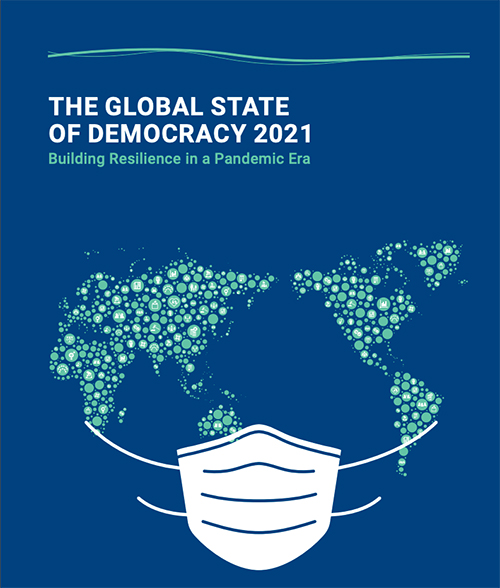 The news isn’t great. In its biannual report, International IDEA asserts that the number of “backsliding” democracies has doubled in the past decade and that in 2021, more than two-thirds of the world’s population now live in either eroding democracies or autocratic regimes. The report mentions Poland, Slovenia, Hungary, and, yes, the United States as countries that have experienced “democratic erosion.”
Read the full report

Why is this happening? The reasons are varied and complex around the world, but the 80-page report identifies a few universal themes. First, the rise in disputes over electoral outcomes, including in established democracies like the United States, has hastened the backslide. We need no reminding of the violent assault on our election at the U.S. Capitol on Jan. 6, 2021, a direct result of what has become known as “the Big Lie.” Second, the ongoing COVID-19 pandemic has accelerated democratic deterioration in some parts of the globe — as of August, the report says, 64 percent of countries have taken actions deemed to be disproportionate, unnecessary, or illegal to bring the virus to heel.

On the bright side, many democracies have shown resilience. The 2020 U.S. elections saw record turnout; governments, including in the United States (and Nebraska), have innovated to expand new democratic processes and practices amid the pandemic, quickly pivoting to special voting arrangements to ensure free, fair, and safe elections. Citizens have activated, too, to participate out loud via mass civic action and engagement – think about the historic protests in the United States in 2020, as well as patriots around the globe taking to the streets to fight repression.

The biggest truth is this: If democracy is to remain exceptional, and it requires all of us working on its behalf – constantly and urgently and boldly. International IDEA’s report touches on this necessity, calling for “global democratic renewal” via three broad strokes for governments and citizens alike:

›› Deliver. It’s time, IDEA says, to close the gap between what people want and what governments currently deliver. This must be done via “responsive, inclusive, accountable, and transparent institutions oriented towards achieving sustainable development.” (This is a good time to remind everyone that a big part of our mission is to build faith in institutions, and one way to do so is by building systems literacy among Nebraskans of all ages. We have big plans to take this to the next level in 2022.)

›› Rebuild. We can’t expect 20th-century democratic institutions and practices to suffice in the 21st century. We must take the whatever technological, procedural, and system steps necessary to protect elections, to ensure everyone’s fundamental freedoms and rights, and to selfishly guard and reinforce the checks and balances that modern and robust democracies require (it’s why we advocate for voters at the statehouse and at the courthouse, and it’s why we’ll always be at the front of the fight for voting rights in our state).

›› Invest. Authoritarianism and democratic backsliding flourish in culturally and informationally isolated areas. Education is perhaps the most important foundation in defense of democracy. So is supporting independent civil society – organized citizens – to beat back disinformation and support free, independent media to water our “news deserts.” (In early 2022, we’ll be sharing a statewide initiative that we’ll be leading on that very front.)

“The political flaws and social fault lines revealed by the pandemic will drive more people towards populist and authoritarian leaders that seldom deliver durable solutions for the concerns of citizens,” International IDEA Secretary-General Kevin Casas-Zamora said. “If there is one key message in this report, it is that this is the time for democracies to be bold, to innovate and revitalize themselves.”

Democracy is exceptional and precious. Democracy works because enough people believe that democracy works. Its future is in all of our hands – so let’s get to work.

PrevPreviousHope persists
NextWhat does ‘we’ mean to you?Next