Unpacking one of our national calendar's most confusing holidays.

Monday, Feb. 21, is the third Monday in February. And in these United States of America, that makes it Presidents Day. Right?

That’s true, but not entirely true. According to the federal government, the day we’re officially observing is called Washington’s Birthday. Many Americans know this day, though, as Presidents Day, to honor our first president (born Feb. 22, 1732) and, ostensibly, our sixteenth, Abraham Lincoln (born Feb. 12, 1809). Over the years the day has also come to mean a recognition of all presidents, or the office of the president, or … something. It’s complicated.

In fact, what you call the holiday and what you think it means may depend on exactly where in our nation you live or grew up. The day that many of us call Presidents Day actually goes by many names and has any number of interpretations, making it one of our national calendar’s most confusing events.

Luckily, we are here to help. 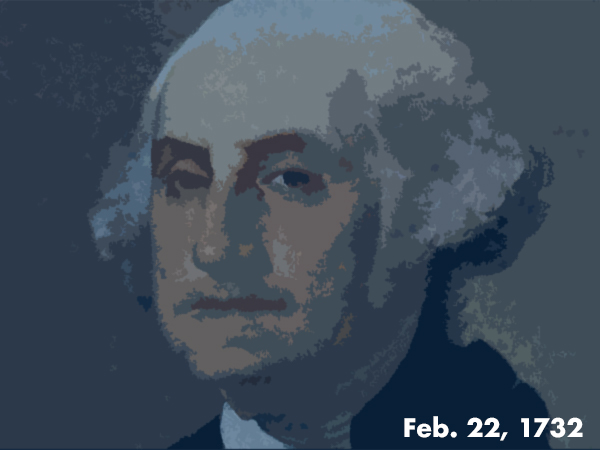 In 1885, Washington’s Birthday became an official federal holiday, with President Chester A. Arthur getting the honor of signing the official federal observance into U.S. law. In fact, this may be Arthur’s most enduring legacy, other than being regarded as the president to possess the best-ever sideburns to grace the Oval Office. And in the 19th century, that was really saying something. 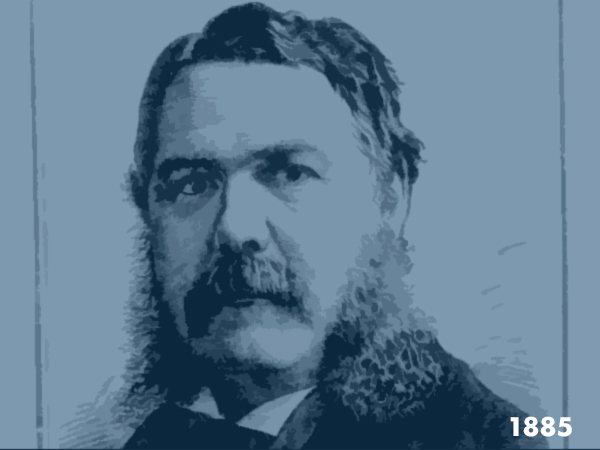 A case of the Mondays 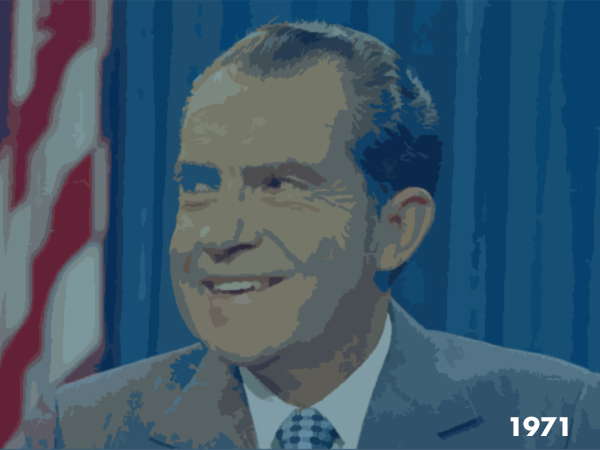 We should note that while this act remains one of Congress’ more popular decisions, it also guaranteed we would never again celebrate Washington’s birthday on his actual birthday: The latest that the third Monday in February can land is Feb. 21. As Doris Day once said with cheerful fatalism in her song from the Eisenhower era, though: Que sera sera. Somehow, we have carried on as a nation. 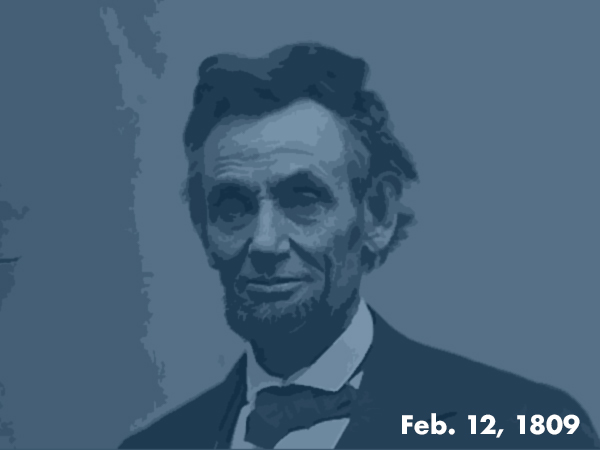 We’re getting to that.

By the time Washington’s Birthday became an official federal holiday in 1885, most U.S. states (well, most states on the winning side of the Civil War, anyway) had also begun observing the birthday of another great American statesman – Abraham Lincoln – as a separate, legal holiday each Feb. 12. The proximity of the two men’s birthdays on the calendar didn’t go unnoticed. Through the decades, there have been occasional attempts – it nearly happened in 1951 – to reboot Washington’s Birthday as Presidents Day to give Lincoln a much-deserved nod at the federal level. Yet, neither Congress nor the president, whoever he might have been at the time, has ever stipulated that Washington’s Birthday be renamed.

So how did the Great Emancipator nudge his way into the discussion? President Lincoln is clearly now widely celebrated on the third Monday of February, along with President Washington. The answer is deeply and profoundly American: marketing. In the 1980s, that roaring era of excess led by Ronald Reagan and later, George H.W. Bush, advertising campaigns for holiday furniture sales and deals for other durable-goods began adding Lincoln to the mix and popularizing the term Presidents Day. And, because nothing says “democracy” like a sweet discount on a new recliner, Americans have largely accepted it as the day’s informal name ever since. 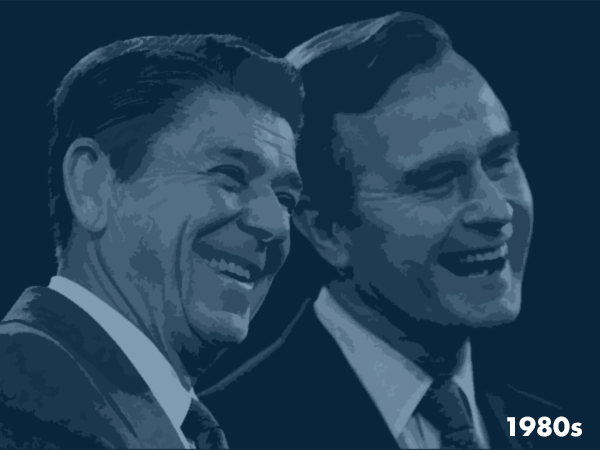 U.S. states, of course, are free to name the holiday as they wish or even choose whether to observe it publicly at all. Today, for better or worse and minus a few stubborn holdouts (looking at you, Iowa), most states no longer popularly refer to the third Monday of February as Washington’s Birthday.

That creates other issues.

What’s in an apostrophe?

A lot. Of the great questions of our time, the question of whether this holiday is known as Presidents Day, President’s Day, or Presidents’ Day … well, it’s not among them. But, still, it’s a question.

Absent an official federal standard, there’s no definitive answer, meaning the states do what the states do – interpret and implement things in lots of different ways. This has left grammatical carnage around the holiday. In some states, it’s President’s Day, in others it’s Presidents’ Day, and in still others, Presidents Day.

It doesn’t matter, really, as long as you don’t think too deeply about it. For those who do, though, Presidents’ Day might be seen as recognizing not a specific individual POTUS, but the actual institution embodied by our nation’s chief executive. President’s Day, on the other hand, may seem to indicate the current holder of the Oval Office possesses the heart of the holiday. And Presidents Day could imply the pluralistic celebration of all the men who have served as the nation’s chief executive. 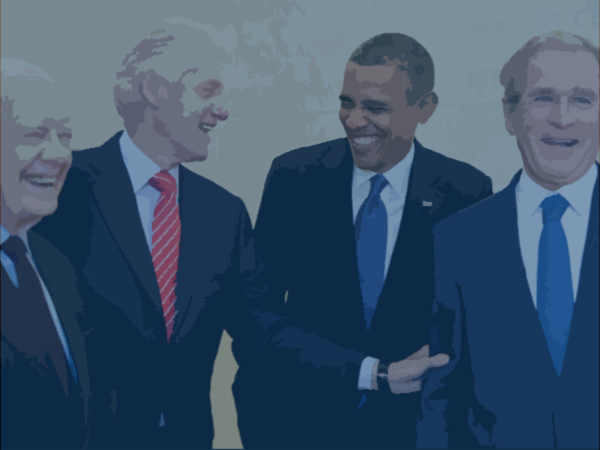 For the record, Nebraska appears to be on Team Apostrophe-S. Yet, for our humble blogging purposes, we at Civic Nebraska are sticking with Associated Press style, so we’ll go with Presidents Day.

Nebraskans are lucky. Some states really make a mess of this. In Arkansas, it’s called George Washington’s Birthday & Daisy Gatson Bates Day, Minnesotans call it Washington’s and Lincoln’s Birthday, Arizona features the slash-heavy Washington/Lincoln/Presidents’ Day, and Alabamans refer to it as George Washington and Thomas Jefferson’s Birthday. Jefferson? Our third president wasn’t born until April, but hey, you do you, Alabama.

Nebraska and the presidency 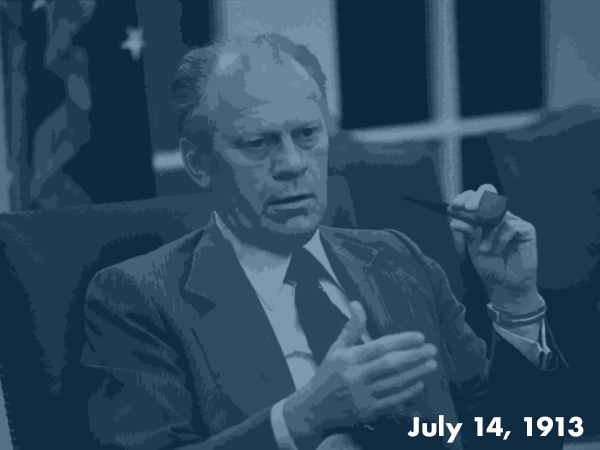 Nebraska claims one president – Gerald Ford – as its own. Born July 14, 1913, in Omaha, Ford moved into the White House on Aug. 9, 1974, following the resignation of Richard Nixon at the endgame of Watergate. Ford’s family relocated to Grand Rapids, Michigan, in 1914 when he was just a year old. But once a Husker, always a Husker, even if you go off and star at center for the Michigan Wolverines. As president Ford was best known for pardoning Nixon and falling down on occasion, but seemed to be a pretty good guy on balance.

While no Nebraska politician has yet broken through to win 1600 Pennsylvania Ave., the presidency has had a profound effect on our state’s story, and vice-versa. Three that come to mind: Nebraska is the only state to be admitted into the Union over a presidential veto (in 1867, over voting rights, natch); we are one of just two states that can split our Electoral College vote for president by Congressional District (and did so in 2008 and 2020); and, of course, Nebraska is one of four U.S. states with a capital city named for a commander-in-chief (the others are Wisconsin, Missouri, and Mississippi).

So there you are, patriots. Armed with knowledge of this holiday, you can go forth to impress your sofa salesman over the holiday weekend. And we sincerely wish you a peaceful and enjoyable Washington’s Birthday* and/or Presidents Day** on Monday.

* As an American
**As a Nebraskan