As Election Day progressed on Nov. 8, Civic Nebraska worked with voters and election officials to remedy a number of concerns in Lancaster, Douglas, and Buffalo counties.

Calls to Civic Nebraska’s Election Protection Line (402-890-5291) and reports from its nonpartisan election observers remained steady all day Tuesday, with reports ranging from minor electioneering infractions regarding accessibility, bottlenecks in voting queues, and other matters.

There were no reports of voter intimidation or widespread electioneering at the state’s polling places, or at the early mail-in dropboxes in each of Nebraska’s 93 counties.

“There is a reason that Nebraska is a national model for election integrity and efficiency – our election officials are pros at administering our elections,” said Heather Engdahl, Civic Nebraska’s director of voting rights. “They deserve our thanks and admiration as we finish up another Election Day in our state.”

While most polling sites were trouble-free, Civic Nebraska did pursue a number of reports Tuesday afternoon:

›› At least two poll workers – one in Buffalo County, another in Lancaster County – were observed sharing their personal opinions with voters regarding an initiative on the 2022 statewide ballot.

›› In Midtown Omaha, a disabled voter was unable to enter the voting area because of a malfunctioning elevator in lieu of a flight of stairs. Poll workers provided curbside service for the voter.

›› A “poll greeter” at a central Omaha site met voters just inside the front door, presumably to ensure voters were in the correct place. The site housed two precincts, however, and for a time the greeter only had the list of voters for one of the precincts.

›› In northwest Lincoln, an election observer from a political party repeatedly failed to provide eight feet of distance between themselves and poll workers, engaged with workers during the course of their duties, and also was seen examining documents on the voter check-in table.

This is the 17th election – statewide and municipal – that Civic Nebraska has monitored since 2012. Nebraska voters already surpassed the early-voting record for a midterm election on Monday and added to the high-water mark Tuesday. As of 5 p.m., Nebraskans had requested 288,737 early ballots and had returned 236,599.

If officials’ turnout projections are accurate, that would mean nearly 40 percent of the state’s electorate will have banked their votes early.

PrevPreviousSo far, so good: Few issues as Nebraskans go to polls
NextStatement on Initiative 432Next 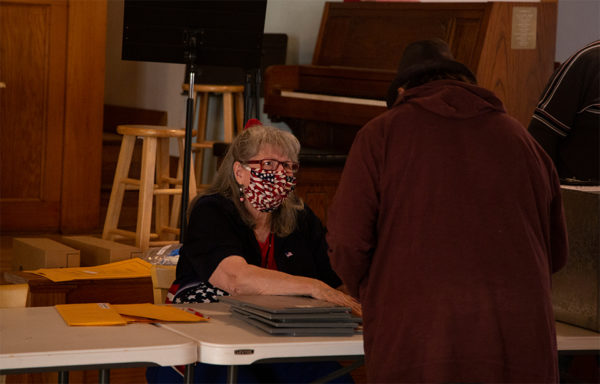 So far, so good: Few issues as Nebraskans go to polls

There have been no reports of voter intimidation or active electioneering at the state’s polling places or early mail-in dropboxes in each of Nebraska’s 93 counties.