The myth of ‘everyone has an ID’

Anywhere from 54,000 to 70,000 Nebraskans could be kept from voting if a new voter ID scheme comes to pass.

“The reality is, we don’t all live the same life. We don’t all have the same experiences. And we have to take that into account. We should make sure all voices are heard, and that the laws we put in place don’t cut people out, or make them second-class citizens. It’s our job to encourage them and protect them.”

That comes from our video Gavin’s Story: The Hidden Harm of Voter ID, and at the end of the day, it really is the central reason to not force Nebraskans into strict photo identification requirements at the ballot box. Despite the conventional wisdom and the assumption that everyone has a “proper ID,” the fact is that many Nebraskans don’t. This is true for any number of reasons; regardless, it’s never as simple as proponents of such strict identification measures make it out to be.

So how many Nebraskans are in this category?

This is a good question, and it deserves closer investigation and understanding. Since most politicians behind the latest push for voter ID have implied that a government-issued driver’s license (but not much else) will suffice, let’s start there.

How many of these Nebraskans already have IDs? According to the Department of Motor Vehicles, Nebraska had 1,418,301 licensed drivers who were 18 or older in 2021. That comes out to about 96 percent of voting-age Nebraskans. This sounds like “almost everyone,” until you consider what that represents in terms of individual people left behind by an unnecessary law. By our estimate, that could be as many as 54,500 potential Nebraska voters. 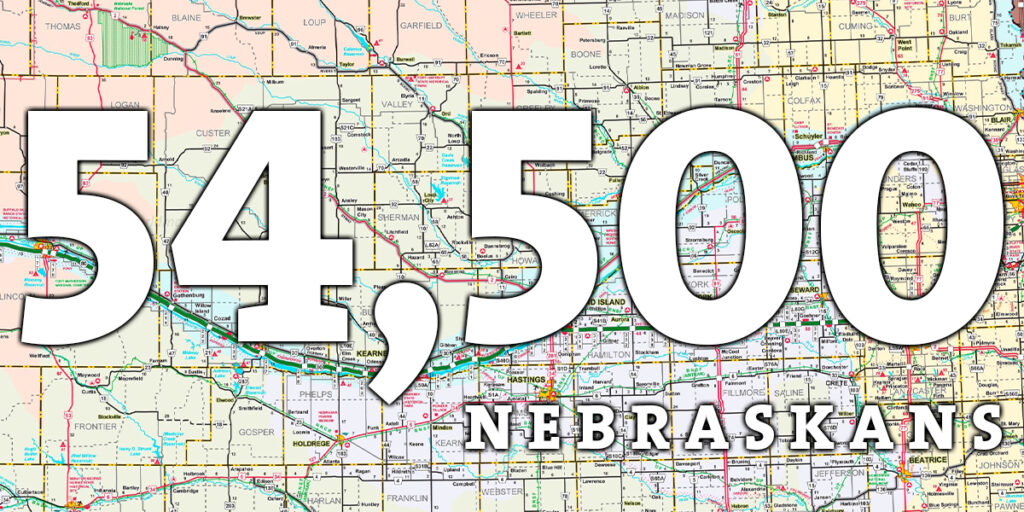 That’s not nothing, folks. It represents a lot of Nebraska voters – especially college students, low-income voters, disabled voters, rural voters, or any eligible voter who for whatever reason is without government-issued photo identification. These are our neighbors, friends, family, co-workers.

“The reality is, we don’t all live the same life. We don’t all have the same experiences. And we have to take that into account.” – Gavin

By the way, that’s a conservative number. It assumes people over 18 with learner’s permits, which allow a person to legally practice driving before applying for their driver’s license, are valid ID-holders. Throw those out for any reason, and the number of Nebraskans potentially without valid ID to vote is nearly 70,000. And, of course, this doesn’t include the untold number of Nebraskans who have state-issued IDs but who may have changed their name, address, or other feature in their life, likely rendering their currently held licenses invalid to vote.

It’s easy to treat voter ID like a cultural issue; in a narrow sense, it is. But above all, it’s a Constitutional issue. The politicians behind this latest voter restriction scheme aim to rewrite the Nebraska Constitution, so it’s important to know what our state Constitution presently says. Its central passage about voting rights in Nebraska is clear: 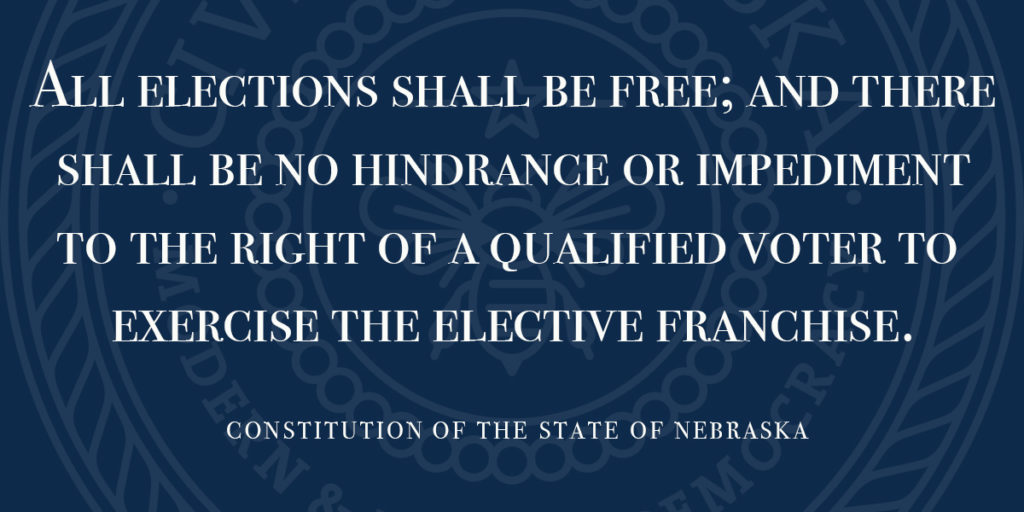 Little (if anything) is left open to interpretation here. It doesn’t say Elections shall be free for most people, but unfortunately, there will be hindrances and impediments to thousands of qualified voters. It says All elections shall be free. Nebraska’s constitution also doesn’t say Well, some people shouldn’t be hindered or impeded in the exercise of their right to vote, while others can be, depending on their station or background. It says no hindrance or impediment for anyone. None.

Give everyone a free ID so they can comply with the new hoops is usually the solution put forth when confronted with such information. It’s a fine idea that will cost millions. Every year. Forever.

Initiatives like the one being floated in Nebraska run counter to the long history of our state and nation bringing more and more Americans to the franchise. Voter ID measures do little to nothing in terms of election security – and they do very little for our faith in elections. Their main effect is to add more costs, complications, and consequences to our elections and to turn eligible voters away.