That’s because at Civic Nebraska, we believe all means all. We build and sustain democratic opportunity, activity, and principles among all Nebraskans – including among populations that have traditionally been under-represented. This philosophy runs through everything we do, from building young civic leaders in our schools, to enhancing civic life in towns and cities across the state, to protecting every eligible Nebraskan’s right to vote. As we rise, so do those who we serve and the ideals for which we fight. Our trajectory allows us to push more power out the door and into the hands of Nebraskans, where it belongs.

-> We increased our investment in Greater Nebraska, resulting in the creation of new chapters of active and dedicated voting rights advocates across the state. Meanwhile, statewide expansion of our civic health initiatives – including the addition of a rural civic health program manager – has given civic leaders, elected officials, and organizations around Nebraska new tools to help keep their communities vibrant.

-> Our Youth Civic Leadership programs served more students than ever, powered by new Community Learning Centers in Lincoln and new and expanded outside-of-school programs in Omaha and rural areas of the state. Civic Nebraska now engages more than 1,500 youth a day to build civic leadership, critical thinking, and problem-solving skills.

-> Collective Impact Lincoln, a Civic Nebraska-led initiative to organize Star City neighborhoods and create resident-led democratic change, was a driver of a new humane housing ordinance adopted by the Lincoln City Council. The ordinance gives renters, especially those in the city’s older neighborhoods, new protections for adequate and affordable housing.

-> For the first time, we deployed volunteer election protectors to observe a municipal election when Lincolnites went to the polls for citywide elections. The number of Nebraskans who enlisted to volunteer as voting rights advocates soared to all-time highs this year. In 2020, we will tap into their energy and expertise to engage lawmakers and to ensure Nebraska’s spring primary and fall general elections are open, fair, and accessible. 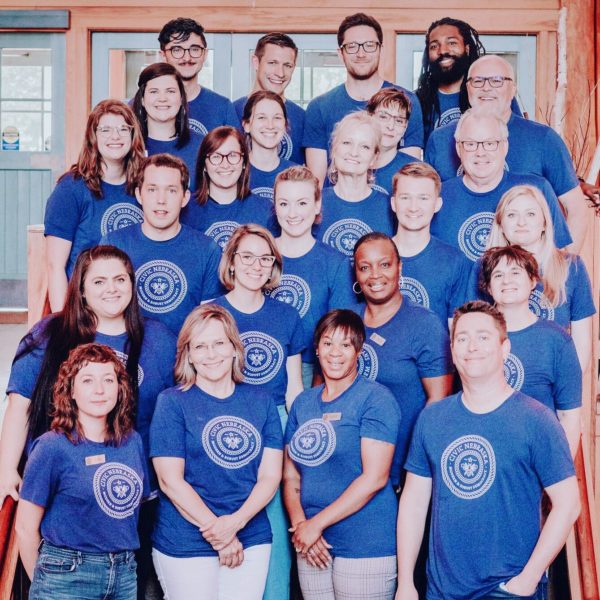 -> We challenged a state law that allowed election administrators to be unaccountable to the electorate they serve. We notified the Attorney General of the unconstitutional statute and applauded his recent Attorney General’s Opinion agreeing with our position. We will continue to advocate for accountability in administration of Nebraska elections.

Those are only a few highlights from our year. In the following pages, we hope you enjoy learning more about Civic Nebraska’s statewide impact in 2019 and consider renewing your support for our democracy-building initiatives. (See .PDF version of this report)

As 2019 comes to a close, we are already looking ahead to new ways to serve Nebraskans and to strengthen democracy – not only in the coming election year, but well into the future. We believe there is no greater or more urgent cause in this time and place than protecting and defending our democracy. We believe that a democracy built on equality, love, and compassion is one worth preserving. We believe an engaged, educated, informed society is our greatest defense. Finally, we believe that we’re all in it together – and when one of us rises, we all rise. 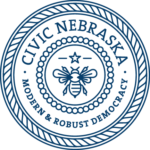