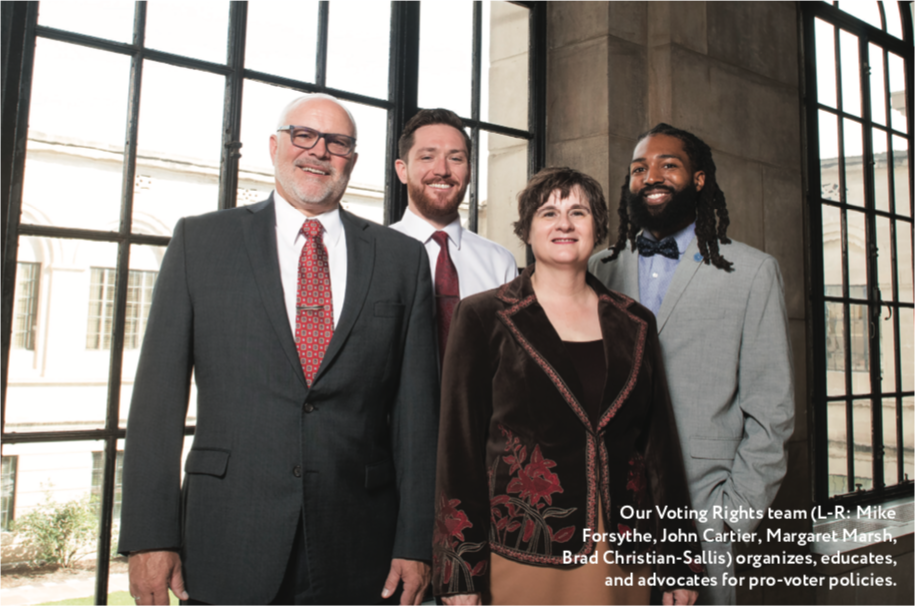 Voting is our most cherished democratic right. Without it, there is no prospect for change, no method to hold our leaders accountable, no real way for our values and vision to be represented in our institutions. Further, this most basic right is never guaranteed – so it must be championed, defended, and exercised to the fullest. At Civic Nebraska, we fight for elections to be fair, modern, and accessible; we work to defeat bad policies that threaten the right to vote; and we advocate for measures that protect our rights.

Our Voting Rights Initiatives team championed several pro-voter policies in 2019, including $11.3 million for new election equipment in the 2019-20 state budget. After the Legislature adjourned, we began fortifying and expanding our statewide network of Voting Rights Advocacy chapters, including new chapters in Hastings and Grand Island. As the election season begins in earnest, many of our 1,300 dedicated volunteers will mobilize across the state on behalf of open, fair, and modern elections. In September, we applauded an opinion by Attorney General Doug Peterson confirming our contention that the appointment of election commissioners in several of Nebraska’s largest counties was unconstitutional.

Also, Civic Nebraska helped form and lead Nebraska Counts, a border-to-border education and awareness campaign about the importance of the U.S. Census, and why it’s important for Nebraska to get a full and accurate count in 2020.

In a representative democracy, YOU have the power – and we’re here to make sure you always do.

I work directly with Nebraskans to make sure they know how to engage with their ballot. That they are confident they are casting intelligent votes. And, once they’re ready to cast it, that they have the right to do just that.

I suppose we could just drag people to the polls, but that wouldn’t be a very sustainable way of building democracy. Instead, we educate citizens on the process of democracy so they know why they should be voting. That’s what keeps them coming back each Election Day. They’re involved in the process of making things better.

Right now, there’s a lot of playing defense because voting rights are under attack. The Voting Rights Act was damaged in 2013 (following the Shelby County v. Holder ruling). Today we’re at a place we haven’t been in a while: fighting to get back rights we already had.

The people are democracy. The more they participate, the more modern and robust it will be. That’s why we help Nebraskans connect with the State Capitol to see their senators, to testify, to learn how the policies for which they advocate get put into law. Those policies impact the way they live their lives, especially when they go to a polling place.

Without our Voting Rights program, it would be a lot harder to vote. You look at things like online voter registration – that’s something Civic Nebraska worked really hard to achieve. During our Election Protection Program trainings, I’ll hear, “I was at this polling place, it wasn’t the correct one, and I didn’t know how to find the right polling place. Civic Nebraska is what got me there.” Those people wouldn’t have voted without the program. We make a difference.

Voting is a right. It’s in the Constitution. Over the years, people have fought and died for the right to vote. It’s not a privilege – it’s an honor, but it’s also a right.

There is nothing more beautiful than people having their voices heard. I get to help Nebraskans do that. It’s a blessing, and I can’t ask for much more. 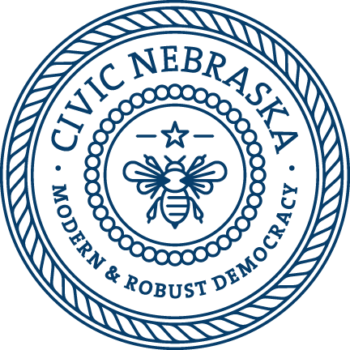