Building Young Leaders is a monthly feature that highlights the staff and volunteers who make up Civic Nebraska's Youth Civic Leadership program.

As principal and creative director of DayCloud Studios, Liz Hunt has built a dynamic branding and marketing company in Omaha. She is a coach for Circles, our initiative to connect middle-school girls to women who have succeeded in careers not traditional to women. Circles is among Civic Nebraska’s Youth Civic Leadership programs. 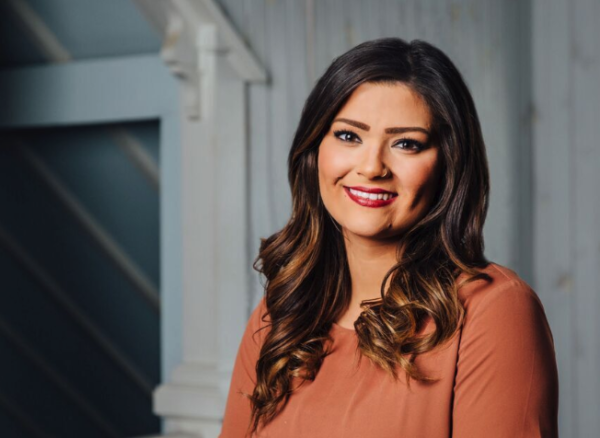 Empowering women is among the top things I’m called to do. I grew up with a mom who was a very strong woman. She taught me that strength and independence. It’s always been a part of me.

I make my own lane. I want to show young women that they’re capable of making their own lanes, too.

My main message with Circles is: Don’t let other people define who you are. You decide what you want out of life and what you’re capable of. Moreover, don’t use it as an excuse. In some contexts, being a woman is obviously something you have to overcome, but it’s not an excuse for not accomplishing something.

I tell young women, “Don’t settle.” Raise your ambitions. Don’t just be the VP. Be the president. Be the CEO.

All of our lives, we’re told we’re princesses. But I believe we’re meant to be queens. We’re meant to rule, not be overlooked.

There’s nothing better than when the light bulbs come on. And even if they don’t realize it at the time, I hope that some of my words will come back to them during times that matter for their lives.

“I am capable of doing far more than what people tell me I am or tell me I should be.” That’s what it comes down to — and Circles gives me an avenue to say that to an entire generation of future queens.