On Census Day, 3 ways to make sure Nebraska counts

A pandemic can't stop Nebraskans from being counted. Today, April 1, is Census Day. Let's get it done!

Today, April 1, is Census Day, and a pandemic can’t stop Nebraskans from being counted. Every 10 years since 1930, this day has served as a reference point for where anyone who fills out the census was living at that time.

Thirty-six percent of Americans have already responded, according to the U.S. Census Bureau. Nebraska, true to form, is among the states leading the way – for much of March, the Cornhusker State was No. 1 in census response. As April dawns, only a few percentage points separate the top three states of Wisconsin, Minnesota, and Nebraska. We Huskers are a shining example of civic responsibility for the rest of the nation!

While it’s important to note that today is not the deadline to fill out the census, April 1 is a great time to make sure you, your friends, and your neighbors are counted in 2020. Having a strong count in Nebraska means so much for our state. It determines how billions in federal funds are allocated for health care, schools, jobs, and infrastructure. It’s the source of political power –  our federal and state representation is drawn from each decennial count. The stakes are high, so don’t sit this one out. Here’s what you can do today to ensure our state conducts a complete and accurate count.

This is obvious, but still needs to be on the record. The most important thing you can do is take a few moments to complete your household’s census. In March, you should have received a mailer from the U.S. Census Bureau. Log on to census.gov, enter the code, and answer the questions (here’s what the census asks). It takes about 10 minutes.

Didn’t get a card, or misplaced it? Every non-respondent household will get reminders and, eventually, a paper questionnaire. It doesn’t matter which initial invitation you get or how you get it – census staff will follow up in person with all households that don’t respond.

If you’re certain you’ve not yet received from the Census Bureau, you can still respond online today. Go here and select Start Questionnaire. Below the ID field, click the link that says, If you do not have a Census ID, click here. And you’re on your way.

2. Do the #CensusChallenge on social media.

Let’s flex our social networks, Huskers. Nebraska Counts, a statewide coalition of which Civic Nebraska is a lead partner, is helping organize this viral (is it OK to still call these things viral?) challenge for our state.
It’s easy:
– First, post a selfie or short video on social media with a quick blurb of why the census matters to you.
–Second, make sure to include the census website (Census.gov) in the post.
– Finally, tag three friends to do the same. Let’s get this rolling across our digital landscapes!

3. Take the Pledge to Count.

OK, you get it – it’s important to fill out the census. It shapes an awful lot of our lives for the next 10 years. But for one reason or another, you’re just not sure you can participate in Nebraska’s statewide day of action to be counted April 1. No worries – go here to take the digital Pledge to Count. That way, Nebraska Counts can send you a text reminder to complete the census at your earliest convenience.
The census is easy, quick, and safe – so let’s get it done, Nebraska! 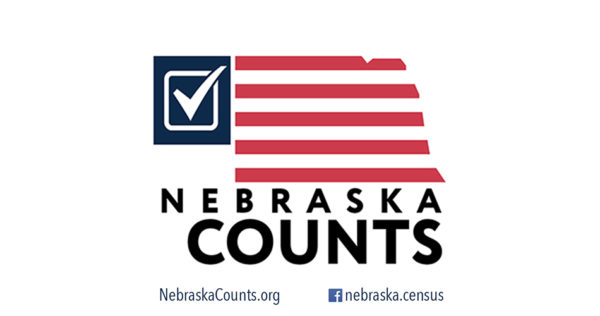 PrevPreviousFAQs about voting in the 2020 Nebraska Primary
NextIn Potter, a plan to strengthen civic lifeNext