How change hangs in the balance (and the imbalance)

Without hope, we will never take the first meaningful step forward. And without conviction, we will settle for a lesser compromise. It takes both, sometimes in complete balance, and sometimes in asymmetrical balance, but always with one on each side of the scale.

In design, there is a concept called asymmetrical balance. It’s the idea that you can find balance without symmetry or equilibrium. That oddities or irregularities can create beauty. I often wonder if it isn’t a similar asymmetrical balance that has allowed us to create progress within our own systems. We don’t seek change for the sake of change, but because the scale feels tipped. Because of unsolved issues, inequalities, and unmet needs. Because there is a hunger for better. A need to feel balance. 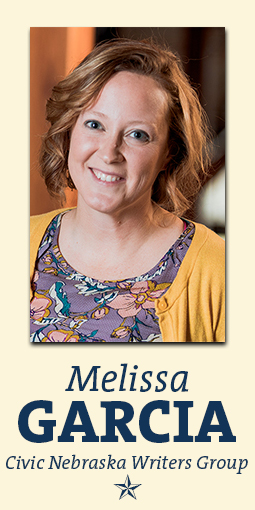 To reach for better and create that balance, we need to be able to sustain both conviction and hope. Conviction presses us forward and hope allows us time to listen and understand that if we don’t all start at the same place, getting to the end of a shared vision will take time and understanding. Together these two ideals tell us that while we are not there yet, we will be.

To collectively sustain those two essential factors, we need to create a pace and cadence that allows the system to find a sense of security in the urgency to find a solution. Sometimes that means we have to be comfortable sitting in the smaller successes along the way, giving time to allow others to feel comfortable moving forward. It’s the creation of hope, without losing sight of the ultimate goal. It’s balance without symmetry.

And after a time of slowing down, conviction tells us it’s time to work on the next step. To draw closer to the end goal. To grab the understanding and support of later adapters. To figure out what the next small success looks like.

Without hope, we will never take the first meaningful step forward. And without conviction, we will settle for a lesser compromise. It takes both, sometimes in complete balance, and sometimes in asymmetrical balance, but always with one on each side of the scale.

Often, to ensure we have both these items embedded in the system’s culture, it takes a key person or group of people, let’s call them grassroots champions. Someone to be willing to ask important questions, to tell the story in a way that creates shared buy-in and a picture of better.

Grassroots champions are experts in understanding the nuts and bolts of what is needed for the system to run well. They also know who has the right amount of both hope and conviction for the end to be a part of creating change. They engage those people in a meaningful way that matches their strengths and interests.

Grassroots champions also create and hold the space needed to allow healthy conflict and manage the balance of conviction against hope so that the dynamic stays both positive and progressive. To do so long-term takes a foundation of trust and a system of support to get those champions through the most divisive times and to keep them settled in the simmer of the slow successes.

Through this relationship, the champion facilitates the environment needed for change and the system must acknowledge and support the champions so they can perseverance, encouraging us all to cling to hope and be sustained by conviction.

We need our champions to continue to put themselves out on the edge, to reach for the next step, and to ask us all to join along. While incredibly rewarding at times, it can also be a difficult and lonely position to be in. Two distinctive roles, both needed for success.

It can be a difficult process to create change. Because conviction is fueled by passion and hope by an innate belief. But better is worth it. Better lifts us all. It doesn’t leave one side behind or discount the values of others.

Progress may not always feel equal, but it is the movement in the right direction. It’s the balance without symmetry as we move toward better. And after enough small nudges and successes worth celebrating, we find ourselves having run the long game. Scales balanced.

Melissa Garcia is a community affairs manager at Black Hills Energy and a native of Broken Bow. Melissa has contributed to TEDxLincoln, the University of Nebraska System President’s Advisory Council, and the Rural Futures Institute Community Innovations project.