My country, right or wrong?

Andy Long recently asked his social network what true patriotism meant to them. The responses displayed a diversity of thought – and a unity of purpose.

We arrived home around midnight on the Fourth of July after spending the day with my parents in Grant, an hour and a half away. As we pulled in front of our house, we could see spent fireworks all over the neighborhood and about a dozen people in our neighbor’s front lawn. After talking with them, it was apparent they spent a lot of the night drinking and shooting fireworks.

The Fourth is a holiday to celebrate our independence. We do this by spending an absurd amount on fireworks, having cookouts, and drinking beer. Many claim they are being patriotic. 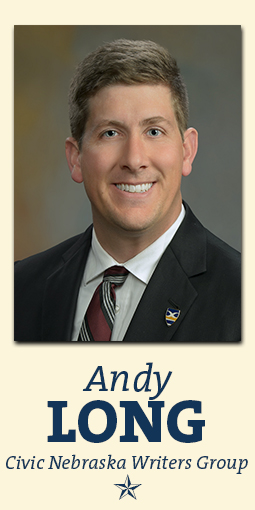 In the months since then, I’ve been thinking about the things we do to claim to be patriotic vs. what is actually patriotic. If we really wanted to be patriotic on Independence Day, we’d probably spend it doing public service and donating some of our fireworks money on charities that improve our city and country.

Another way we believe we’re patriotic is through our symbolic actions, such as saying the Pledge of Allegiance before meetings and public events. I believe we are good citizens when we take some action to promote “liberty and justice for all,” which could include participating in public demonstrations.

I was curious about what others thought, so I put the question on Facebook. It was my most popular post since I took a picture with Scott Frost.

Here are a few that stood out:

Several people mentioned voting. I would put voting in the category that looks patriotic – but researching what each candidate, including city, county, and school board is looking to do and voting based on this and not the political party is what is really patriotic.

Our local newspaper editor, Bruce Crosby, mentioned that it is patriotic to read balanced news stories and not just the sources that agree with your opinion. I would agree that digging in deeper on issues you care about and reading in-depth discussion on different sides of an issue helps you gain better understanding than the 24-hour infotainment channels.

Going through patriotic motions looks patriotic. But Greta Leach, who I enjoyed working with when she was with the Nebraska Community Foundation, gave me a great list. The one that stood out was supporting community development projects that don’t directly benefit you. We think it is patriotic to support any actions that have a direct benefit to us or to use our political system for our benefit.

My friend Shari Weber, who I met through Courage and Renewal work, mentioned that we standardize American history in our schools to make us feel we met our patriotic duty. What is really patriotic is to study American history from a variety of perspectives and not just the 11th grade U.S. history textbook that usually tells history from the winner’s viewpoint.

After thinking about it a couple days, Shari added another contribution: “We think we’re being patriotic when we celebrate and say how great and exceptional/wonderful we are as a country. We’re actually patriotic when we recognize that our democracy has repeatedly struggled – and grown through those struggles. Patriotism is struggling and striving for better, not just cheering about how great we are.”

I used to be a college recruiter and Jay Stooksberry was a colleague. Jay is now active in politics in Delta, Colorado, and pointed out that we think it’s patriotic to know our national politicians. But it is really patriotic to know our local council, commissioners, and school board members, and be involved in their work.

A college friend, Adam Anderson, mentioned: “Patriotism is vigorous devotion and support of your country. It seems like people can only do this though if they feel the government and society are moving, acting, and looking like they want it to (which can never happen for everyone at the same time). If you are only proud to be an American when your candidate wins – or your expectations for a Supreme Court case are met – then that’s not real patriotism. It’s bandwagon patriotism.”

My post ended up with 47 comments, with the main theme being that strong citizenship is not about being a spectator, but a participant. It isn’t about claiming individual rights, but exercising personal responsibility.

One of my older brother’s best friends in high school, Brian Thomas, served two decades in the military. He summed it up best when he wrote: “After 20 years serving our country, I think the most patriotic thing anyone can do is help others out.”

As citizens, it is our duty to continue to give our time to our community to make it a better place. This is how we become true patriots.

Andy Long is the executive director of the McCook Economic Development Corp. and is the director of Cultivate Rural Leaders, a nonprofit providing rural communities and organizations with leadership education.

We tend to celebrate our country like we celebrate our favorite team, but that is the easy way, the fun way. Patriotism is more than a 4th of July picnic or watching your child march in a parade. Patriotism takes work. It requires participation. A shocking number of Americans don’t even bother registering to vote, let alone cast a ballot. Millions of people around the world have no say in how they are governed. If American exceptionalism means anything, it means voting. Elections are how we steer the ship. Patriotism is taking the time to find out who the candidates… Read more »