Edison McDonald sat down with our Voting Rights Program and talked about what LB 733 will do for the state of Nebraska in regards to voter accessibility.

According to a 2016 election by Rutgers University. Voter participation among people with disabilities has gone down over the past two presidential elections – from 57.3 percent in 2008 to 56.8 percent in 2012 and 55.9 percent in 2016. This is disconcerting to many advocates who have worked tirelessly to increase civic engagement. There are not a lot of studies that have gone into why this might have happened. But one limited study done by the Government Accountability Office (GAO), indicated that nearly two-thirds of the 137 polling places inspected on Election Day 2016 had at least one impediment to people with disabilities.

With a limited data set, wide ranging stigma, pervasive misunderstandings, and many disenfranchised individuals The Arc of Nebraska, Civic Nebraska, Common Cause, and a coalition of disability organizations set out to find some solutions. In addressing this issue we knew we needed better information. That is why we worked to educate over a hundred volunteers and have them analyze the accessibility of Nebraska polling places on Election Day. This collaboration lead to our Election Accessibility Report .  This was the largest study in the nation even larger than the GAO Study analyzing accessibility.  Having collected over 200 samples from Nebraska alone it is clear that polling locations are far from being 100 percent accessible as required under by the Americans with Disabilities Act. 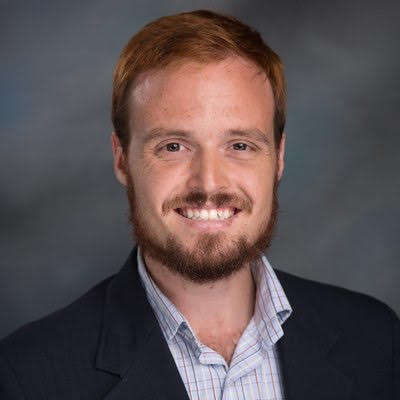 There are three things I want to mention based on this work we accomplished together: First, the work of these non profits represents our investment of a considerable amount of time and energy that would have been impossible without our volunteers;  Second, this data is being used to inform how the Secretary of State will use HAVA (Help America Vote Act) funds from the Federal Government to help increase the accessibility of sites; and third, we need modifications and clarifications to state statute to ensure that accessibility is considered for all parts of the disabled community. That is why we are working to get LB733 passed. Here is some of the bill’s highlights:

This clarifies requirements for signs that now vary from county to county.  In one county we found that this meant tiny little buttons that people couldn’t see easily.  By clarifying this statute it makes it easier for County Clerks, Poll Workers, and Election Protection workers to understand regulation without climbing through parts of lots of different laws.

It requires a training be provided to county clerks to ensure they are up to date with accessibility requirements.  Many rural counties in particular do not have access to the resources or trainings that help ensure polling locations are accessible.

Our research showed that while we have done many things well we still have a long way to go on many issues.  This bill will help to ensure that Nebraska is the clear and undisputed leader for election accessibility issues across the nation.

Executive Director, The Arc of Nebraska