The plan confirms what Collective Impact Lincoln has heard directly from residents from the past three years: housing adequacy and affordability is a major problem for many Lincolnites. It also includes several positive solutions that should be pursued. 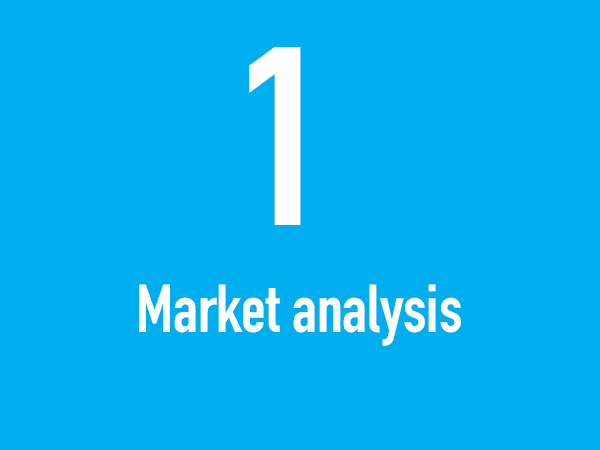 > Lincoln’s housing market is affordable for most households, but housing costs are increasing and should be addressed proactively.

> Despite median incomes keeping pace, many census tracts in Lincoln are cost-burdened.

> The greatest shortage of units is for households making less than $25,000.

> Lincoln continues to grow at a steady rate.

> Over the next decade, Lincoln will need an additional 17,000 units to support projected population growth.

> By 2030, Lincoln will need nearly 5,000 rental units affordable to the lowest-income households.

> Lincoln’s population is generally young, but the number of residents over the age of 65 will continue to grow.

> Despite consistent construction activity, the private market is not producing varied housing types.

> Lincoln has a number of existing affordable housing units that will need to be preserved.

> Multiple factors influence the cost of housing and the ability to produce affordable housing; therefore, multiple partners will have to be called upon to address housing needs. 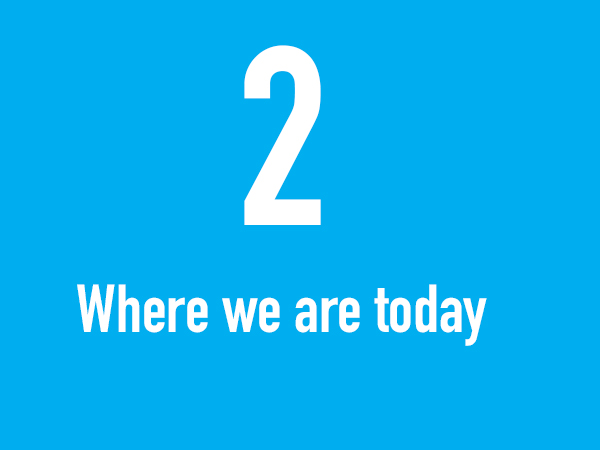 > The top concern voiced in both the listening sessions and online survey was the lack of quality affordable housing.

> There are many factors that influence the cost of housing and households ability to find housing.

> There is a struggle to balance costs and the need to ensure safe housing and infrastructure needs.

> There are a wealth of agencies working towards creating a healthy housing market.

> Good coordination exists among many of the housing service providers, but few housing options are available for these populations.

> Better enforcement of property maintenance, both interior and exterior, will help preserve affordable housing and encourage residents to take pride in and maintain their homes.

> Many renters are competing for the same housing units.

> Regardless of whether they were owner or renter households, over 65% of respondents interested in moving felt they could not find their preferred housing type.

> The perceived needs for certain household types revealed the perception that most households had adequate options.

> Near-retirees comprised 216 of respondents – of which 75% wanted to retire in the area. 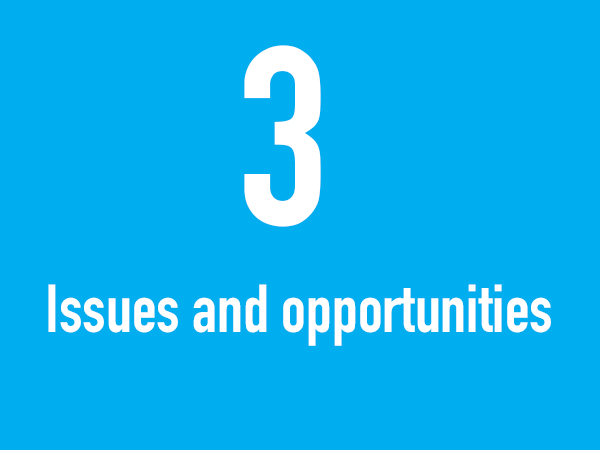 >Increase mobility in the market.

>Implement strategies for sharing risk in the development of affordable housing.

The plan falls short of recommending a full scope of policies that would meaningfully expand access to affordable, adequate housing, particularly for low-paid Lincolnites who rent. Collective Impact Lincoln is engaging with residents and city leaders to use the draft plan as a starting point for additional long-term solutions.

The City of Lincoln has opened a 45-day comment period for the public to weigh in on the draft plan. Collective Impact Lincoln is recommending the City of Lincoln include three specific initiatives in the final draft of the Affordable Housing Coordinated Action Plan. 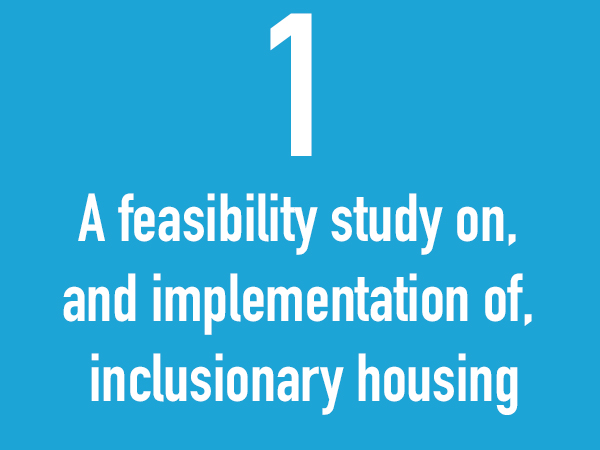 Inclusionary housing ordinances require new housing developments to set aside a percentage of housing units as affordable for low-paid residents.

In return for participating in the program, developers would receive incentives to ensure that development remains profitable. These programs have been shown to be effective in other cities such as Newark, New Jersey, where they adopted an inclusionary housing ordinance in 2017 that has since created 923 affordable units out of 4,200 total units created in the city.

A feasibility study would allow Lincoln to determine how to design an inclusionary housing ordinance specific to the needs of Lincoln’s housing and development market without discouraging further residential development.

This would be one reasonable, but major step in tackling our housing crisis. 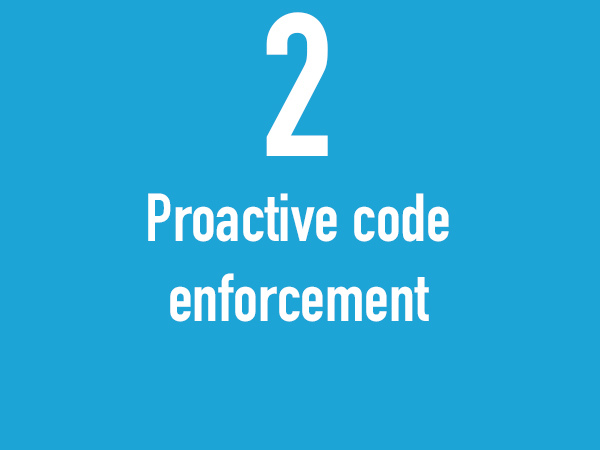 While the housing plan recognizes the importance of greater code enforcement, it suggests that a landlord association develop a rental inspection program that gives passing units a “seal of approval.”

Our current code enforcement mechanism is built on a method of self-policing that has failed many of our residents.

We recommend a proactive interior inspection model that requires periodic inspections of the interior of rental units, ensuring that building and safety codes are enforced. This model would reward rental units that are up to code with fewer periodic inspections, while units not in compliance would receive more attention. Regular inspections of rental units helps protect the limited number of existing affordable units in Lincoln from deteriorating to the point of condemnation and destruction, and they help protect lower-paid Lincolnites from life-threatening violations of health and safety codes.

We recommend the city council amend current inspection ordinances to require periodic inspections of the interior of rental units in order to ensure the adequacy of Lincoln’s existing affordable rental stock. 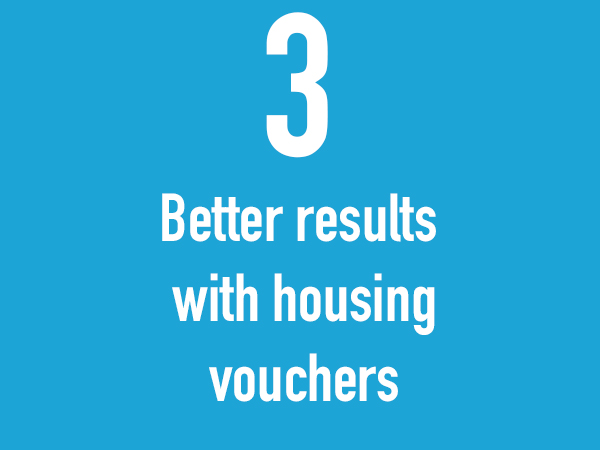 Rental assistance such as housing vouchers is essential for many Lincolnites that help them make ends meet.

However, renters can be denied housing solely because they would pay rent with a voucher.

In Lincoln, voucher success rates are currently running at about 74 percent.

The housing plan notes that housing voucher recipients are struggling to find property owners with units available in such a highly competitive rental market.

It nevertheless relies on housing vouchers as part of the strategy to provide housing for households making less than $15,000 without offering a solution to this problem.

We recommend the city council ensure landlords accept all legal sources of income as payment for rent, in order to ensure that Lincolnites with housing vouchers are able to use them.

Now is the time to speak up for housing rights! 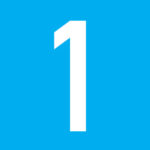 Please share your feedback and comments on the city’s draft plan using our form and we’ll be sure they are included in the comments to help shape the final version of the Affordable Housing Coordinated Action Plan. 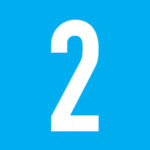 During this 45-day public comment period, the City of Lincoln will hold several listening sessions. Please plan to attend at least one so you can share your thoughts with city officials directly. We’ll post those dates here when they’re set. 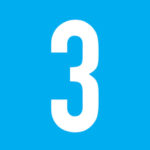 Stay engaged with Collective Impact Lincoln. Sign up for news, updates, and opportunities to get involved in local neighborhood activities and issues, and with our coalition. Our e-newsletter is published about once a month. 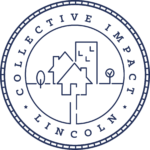