Back to Job Board 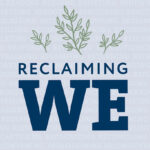 Creating a more modern and robust democracy for all Nebraskans.

The part-time videographer/photographer will support Civic Nebraska’s communications efforts by shooting, editing, and publishing videos and photos for use on a variety of digital and analog platforms. Under the direct supervision of the Director of Communications, the Videographer/Photographer will work across our various programs to help tell our stories to supporters, donors, and the general public.

As our videographer/photographer you will get to:

This job might be for you if you have the following:

This position will work 12-16 hours a week, earning $17.50 an hour. This is a non-exempt part-time position. Scheduling is flexible, with occasional late-afternoon (3 pm-6 pm) hours.

Applications will be accepted and reviewed on a rolling basis until position is filled. Send a cover letter, resume, and at least one link to a relevant work sample to Alyssa Hogue, People and Culture Coordinator, at alyssa.hogue@civicnebraska.org. Questions about the position can be directed to Steve Smith, Director of Communications, at steve.smith@civicnebraska.org.

To apply for this job email your details to alyssa.hogue@civicnebraska.org