Robust civic education challenges young Nebraskans to be active and informed citizens while giving them opportunities to make meaningful change. Equipped with civic knowledge, young people can join with others to serve and improve society, and even find leadership roles within their communities.

Civic Nebraska’s Youth Civic Leadership Programs – a half-dozen before- and after-school programs in Lincoln and Omaha, outside-of-school middle-school civics clubs in Omaha, and student-led service learning in towns and cities across the state – expand students’ horizons so they can critically and creatively engage with the world right now. In 2022, Youth Civic Leadership expanded its efforts, activities, and resources to embolden K-12 students to become responsible citizens. Those efforts include:

›› Writing, curating, and publishing a series of free online civics lessons, actions, and assets for Nebraska educators of all grade levels;

›› Repackaging our popular middle-school service-learning, empowerment, and civic journalism clubs into a single program, Civic Circles, and rolling it out at a pair of Omaha middle schools;

›› Collaborating with national partners such as civXNow and iCivics to help craft a state civics policy;

›› Continuing and expanding our community outreach to guarantee seamless support for the students, families, and neighborhoods served by our school-based programs; and

›› Expanding service-learning programs across Greater Nebraska through our Center of Excellence based out of our Grand Island headquarters.

“We The People” means our youngest citizens, too. That’s why Civic Nebraska starts early with civics enrichment and reinforcement: to help young people develop the building blocks of democratic citizenship such as critical thinking, civic leadership, and civil discourse. These skills have incredible transformative power for both individuals and their communities – and they are a launch pad for powerful, lifelong citizenship.

Virtual sessions of Civic Buddies, in which Civic Nebraska middle-schoolers read and discussed children’s books about citizenship, voting, and civic engagement with our elementary students via Zoom.

On a 4.0 scale, the average value parents gave Civic Nebraska’s before- and after-school programs in 2022.

Varieties of crops in our Lincoln Northeast CLC’s community garden, a project inspired by Northeast ELL students seeking an opportunity to promote cooperation and curiosity across cultures.

My why? Oh, there are so many ways this testimony can go. 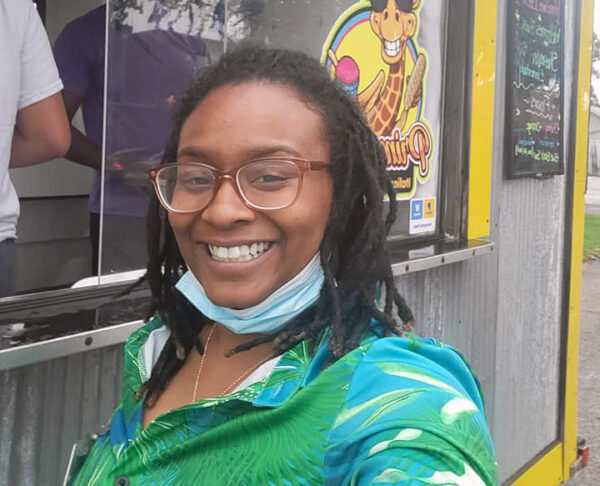 Each day I hear my heart say: Serve. Service. I am here because I have a passion to get people through – to help others, without expecting it in return. To instill values in our youth and encourage them to lead us to a brighter future.

I love getting in the (Sherman community) garden: I’m not worried about getting my dress dirty, however. Students learning how to gather the produce they grew, take it home, and eat it with their family is what is on my mind. Letting them see how much we can accomplish when we work together.

It’s a good metaphor for democracy, too.

Seeing people smile: Happiness is medicine and making a person smile can turn their entire day around. To see their hearts get lighter and eyes get brighter because you helped in some capacity.

And I live for lightbulb moments: Seeing a student light up when they do a math problem or read is so gratifying! Seeing an adult learn something new – something that blows their mind – is extremely elating, as well. Putting a little joy in someone’s world, even when I’m not feeling my best, comes back around. It is eternally rewarding.

That’s what I run off of: The spark of fulfillment for being there for others in ways we might not have known we needed on both ends.