“All elections shall be free; and there shall be no hindrance or impediment to the right of a qualified voter to exercise the elective franchise”

Nebraska holds one of the strongest protections of the right to vote in its state constitution, stronger even than the protections granted by the US Constitution and federal law. The language of LR1CA directly contradicts the voter protections in the preceding paragraph.

All elections shall be free…

Requiring a photo ID, like a Nebraska driver’s license or state ID card, would require Nebraskans to pay $26.50 to vote.

Out-of-state students with the right to vote in Nebraska would have to pay $26.50 to cast a ballot.

Of those low-income Nebraskans with an expired license, 1 in 3 said they could not afford the $26.50 fee to update their license.

Voters that move annually would have to pay over $100 more than voters that stay at their permanent address.

Just because a voter can register at the DMV does not mean it is reasonable to require every voter to go so they can cast a ballot they are eligible to cast.

More than 1/3 of Nebraskans do not have daily access to a DMV.

70% of counties have access to a DMV less than once a week, 16 counties can only go to the DMV once a month.

Minorities and senior citizens in other states have encountered significant burdens in acquiring the necessary documents to obtain a photo ID. 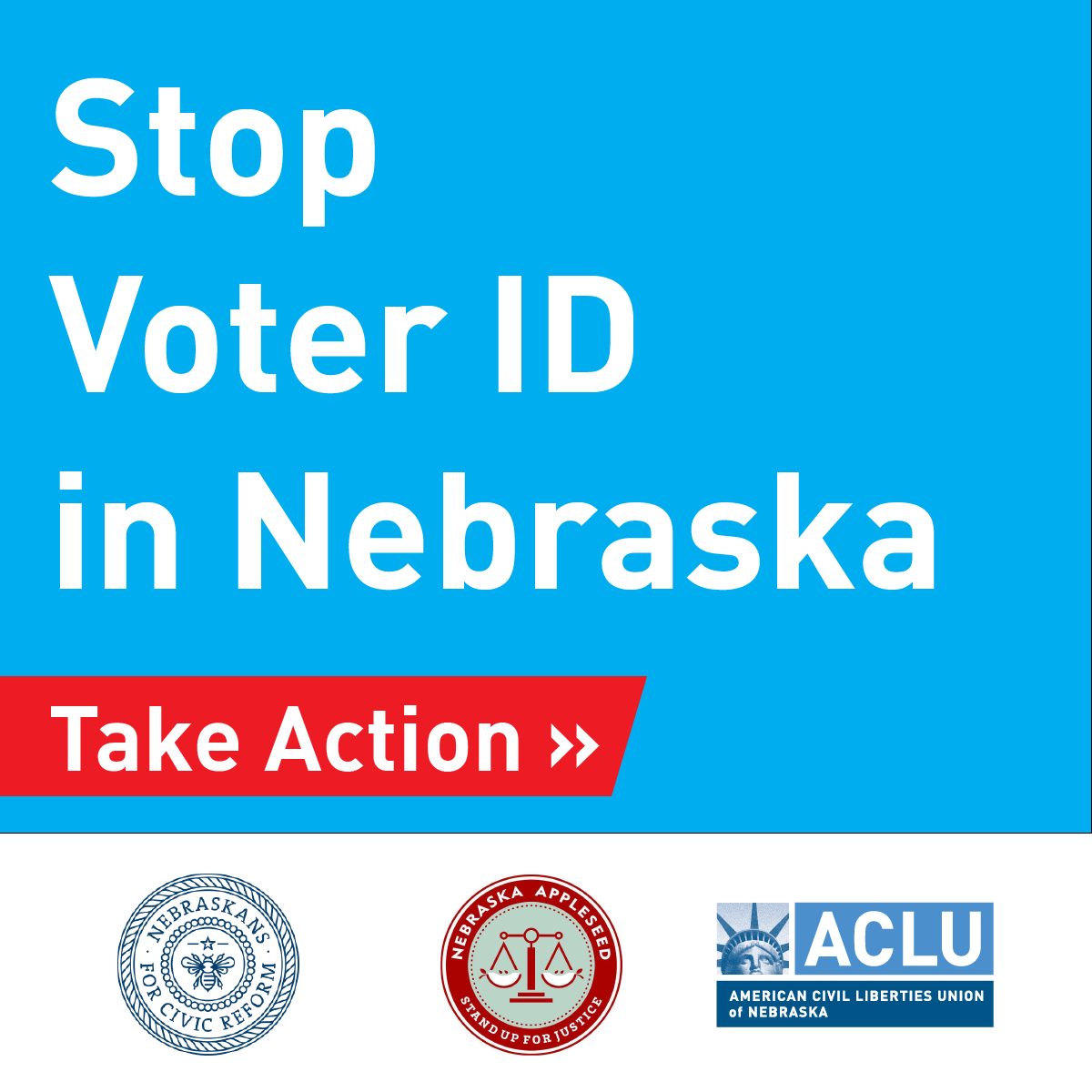 Voter ID contradicts the values of Nebraskans. We believe the right to vote is so fundamental that language to protect it is enshrined in our state constitution. Share your support of these values with your state senator and the members of the Government, Military, and Veterans Affairs Committee.