At Civic Nebraska, our upward momentum continues during our tenth anniversary year.

As I write this, Civic Nebraska is halfway into its tenth anniversary year of building a more modern and robust democracy for all Nebraskans. In our first decade, we’ve grown from a small group of politically diverse university students into a transformative organization known around the state for building youth civic leaders, strengthening communities, and ensuring our elections are modern, accessible, and nonpartisan. 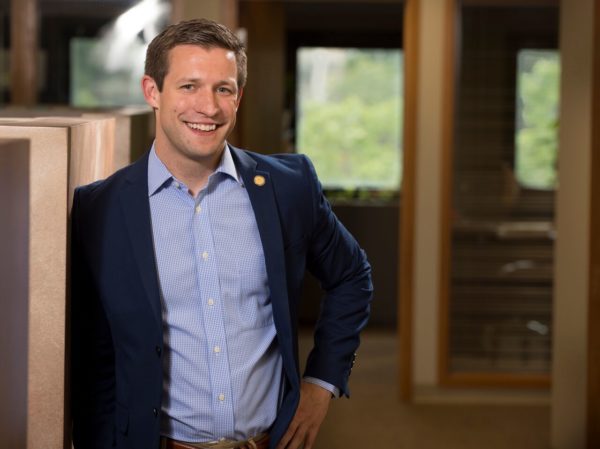 What does it mean to build a more modern and robust democracy in the Cornhusker State? Here’s a quick rundown of what our year has been like so far. Essentially, it means a lot of hard work – and Civic Nebraska rises to engage Nebraskans in meaningful ways to build informed community leaders and to safeguard our democratic institutions. First, our youth leadership programs empower more than 1,000 students a day. Young people at our four after-school sites – one in Lincoln, three in Omaha – learn skills in critical thinking, civil discourse, issue identification, and problem solving daily. Meanwhile, our expansive civic health initiatives reach thousands of people across the state with initiatives that strengthen social connectedness, create confidence in institutions, spur community engagement, and encourage political involvement. Finally, our nonpartisan voting rights advocacy encourages an election system that voters believe in; ensures that every eligible voter can take part in elections; removes unnecessary barriers to voting; and educates Nebraska voters.

Civic Nebraska’s upward momentum continues in 2018. Collective Impact Lincoln – a three-year, $1.75 million project that focuses on building up six key Capital City neighborhoods — is in full swing. Along with two other community partners, we’re connecting with residents, learning about the block-by-block issues that matter most, and identifying and activating community leaders to tackle those concerns in sustainable ways. Collective Impact Lincoln will seek 10,000 contacts within the neighborhoods by the end of 2018, and 30,000 by the end of 2020.

We also are expanding civic health initiatives deeper into rural Nebraska, extending the reach of our media literacy and civil discourse programs. And we continue to strengthen both rural and urban communities, helping them build their own asset maps and action plans to tackle issues that they prioritize.

With state and federal elections coming up, Civic Nebraska will train and deploy dozens of nonpartisan election observers to monitor polling stations during the 2018 general election, and will help hundreds of individual voters with everything from registration to early voting applications to rejected ballots. We are the only organization in the state specializing in voting rights research, policy advocacy, observation, investigation, and litigation – a role we take very seriously.

We are proud of our first decade of creating informed, engaged citizens in Nebraska. It’s hard work, but it’s worth it, and it is only possible when committed and dedicated people like you stand with us.