One year later, One year out

I was hired last November as the Director of Voting Rights. This past week I’ve been reflecting on my past year at Civic Nebraska and the event that will always define it – the defeat of voter ID.

One of the first bills out of the gate that January was voter ID, LB 111… and then LB 121. Good grief, they’re multiplying. To me the voter ID fight can be summed up as “hurry up and wait”. We had one of the earliest hearing dates, but it wasn’t debated until late February. That month was an agony of afternoons waiting for the agenda to come out, waiting to see those 5 characters that spelled the start of a filibuster: LB 111.

When it was finally being debated I got word in the lobby that a bracket motion was being thrown up on the bill and we had the votes to pass, but we were missing senators. I’m pretty sure I asked Alan Peterson with the ACLU to look in the men’s restroom for missing senators. I stalked staff and senator offices. I was a mad woman. And then, somehow, I found myself on the seat facing the chambers, watching the green lights slowly tick up. 22. 23. 24. 25.

We did it, we stopped voter ID for the third time. The pats on the back, the congratulations, the hug from a woman I had looked up to since my days as a page, Danielle Conrad, now a colleague in this fight. I think that was the moment I first felt like the voting rights director.

For the first year legislation and advocacy were the main focus with the summer spent researching and crafting the Know Your Rights campaign. But with every new candidate that announces, with every news story about a presidential debate, I am reminded of the task at hand.

But with a presidential election come new voters, infrequent voters, and a lot of questions. Next year Civic Nebraska will take on those questions, organizing our statewide voter education campaign, Know Your Rights, hosting mobile offices in north and south Omaha to answer voters’ questions, and protecting individual voters on Election Day. 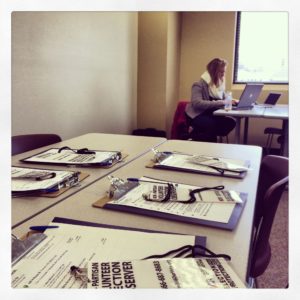 Our Election Protection Program places non-partisan election observers at polling places to ensure no eligible voter is turned away and to stop voter intimidation and disenfranchisement.

But we need help.

We need volunteers to serve as election observers. In past elections Civic Nebraska has organized around 60 election observation volunteers in Lincoln and Omaha, but we’re expanding in 2016. Next year we need over 120 volunteers in 6 cities across Nebraska for our election protection program. If interested in volunteering, please fill out the Election Observer Volunteer Form or contact us at election@civicnebraska.org. 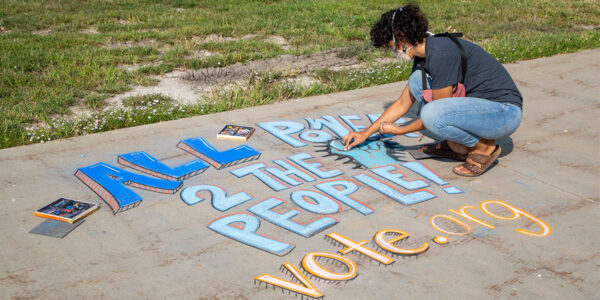 Taking it to the streets! The Civic Sidewalk Series returns

From Sept. 25 to Oct. 1, Lincoln, Omaha, and Grand Island artists will be on the ground – literally – to emphasize the importance of voting.