Out of many, one?

Charlyne Berens on managing the age-old struggle between individual liberty and the common good.

How much should the individual take precedence over the group? And vice versa.

It’s an interesting philosophical argument, but the pandemic and the concurrent renewed focus on social justice make it a matter of day-to-day practicality.

Seems to me that all of us are endowed via creation with certain immutable characteristics and that among these are a primal concern for self and also an instinctive love for others. They are not always compatible.

When the United States’ Founders developed a constitution, most of their thinking was focused on the individual. They were fed up with a British system in which, among other things they found despicable, people’s worth was rooted in what amounted to their caste: nobility, merchants, peasants, etc.

The Founders wanted their system to recognize the worth that is inherent in being human. They wanted the law – and basic opportunity – to be the same for each individual. Of course, there were a few notable and deplorable exceptions: women, enslaved people, indigenous people. But, on the highest plane, the founders believed in the individual.

So, the constitutional system they derived took the individual as the starting point. Outside of the exceptions named above, it was the individual man whose worth and dignity were protected by a government of divided power, a judicial system applied equally to all and, after the addition of the Bill of Rights, some clear limits on government power over each person.

By and large, that approach has served our nation well. Over time, we’ve gotten rid of many of the blanket inequalities that disadvantaged certain groups. And protecting the one has, in most cases, turned out to protect the many.

Not always, though. Particularly when I, the individual, am not doing well – am afraid for my economic or physical or social wellbeing – it’s easy to lose interest in the group. It’s easy to put aside that our national motto, E pluribus unum, means “Out of many, one.” One group. One collective that is all of us and that requires mutual care from all of us.

While concern for self and concern for others are not always easily compatible, neither are they mutually exclusive. We are both individual and group. Sometimes the situation tips us toward an emphasis on one, sometimes on the other.

So, I may not want to wear a mask and practice social distancing, but if it benefits you, I’ll put up with it. Or I, personally, have never been mistreated by the law enforcement system, but if you have, I know we’ll all benefit if we correct that wrong.

Today, we would do well to rebalance a bit in favor of the group, to give up some individual rights of the “many” for the right of the “one” – the collective that is the United States.

E pluribus unum. Because the many are also the one, when one of us rises, we all rise.

Charlyne Berens, a retired newspaper editor, professor, and associate dean of the University of Nebraska College of Journalism and Mass Communications, is passionate about the First Amendment and freedom of expression. For more Civic Nebraska Writers Group columns, click here. 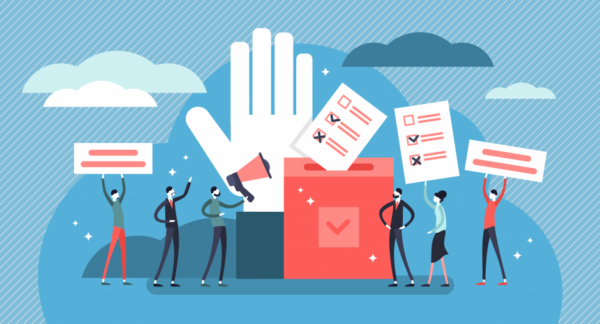