The promise of the Declaration 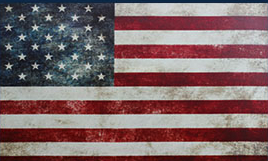 Every Fourth of July at Civic Nebraska, we are reminded that America has always wrestled with questions of life, liberty, and the pursuit of happiness.

For most of us, Independence Day is a time for rowdy celebration. When we celebrate on July 4, whether with fireworks, music, potato salad, three-legged races, or – ideally – all of the above, we are rightly commemorating our forebears’ hard work and sacrifice in the cause of freedom. If our nation’s accomplishments in our first 242 years is not worthy of a few sis-boom-bangs, then we don’t know what is.

Independence Day also is a time for reflection. The Fourth is an annual opportunity to ponder the Declaration of Independence’s promise, and to appreciate how each generation of Americans has endeavored to fulfill our founding document’s full potential. As you’ve heard us at Civic Nebraska say: Democracy doesn’t build itself. It takes hard work, vigilance, and equal parts idealism and pragmatism. In the democracy-building business, it certainly helps that the Declaration isn’t just a dusty old document that is frozen in 1776 – it’s an ongoing American revolution that has been taking place for nearly two and a half centuries. Going well beyond its original intent, the Declaration has continued to rush forward to help extend rights and freedoms to more and more of humanity, right up to today.

Along the way, that’s forced us to confront any number of difficult truths about our country. “What, to the American slave, is your Fourth of July?” Frederick Douglass asked in 1852. Then he answered his own question: “It is a day that reveals to him, more than all other days in the year, the gross injustice and cruelty to which he is the constant victim.” Still, despite that contempt, Douglass understood that if United States was to endure, the Declaration’s promise eventually would win the day. Given those iconic words – We hold these truths to be self-evident, that all men are created equal – there could be no other outcome but freedom, for his or any other cause.

Douglass was one of the first, but certainly not the last, to wrap the Declaration around the struggles of their day. Wisely, he fused the Declaration to abolitionism, calling the document the “ringbolt” of American destiny. The document inevitably pointed toward all Americans acquiring the full benefits of our democracy. That’s because the pronouncement, initially imagined as a shot across the English king’s bow, didn’t just give us American independence. It gave all of mankind a timeless pronouncement of rights for all people.

President Lincoln, too, bonded the struggle for emancipation to our founding document. “Let us re-adopt the Declaration of Independence, and with it the practices and policy which harmonize with it. If we do this, we shall not only have saved the Union; but we shall have so saved it, as to make and to keep it forever worthy of the saving.” Lincoln understood, like another inspirational American leader a century later, that the arc of history was long but bended toward justice.

And so that arc has gone, throughout our nation’s history. The Declaration’s promise empowered millions, from the suffragists of the 19th century to the civil-rights marchers of the 20th. It inspires the everyday activists and advocates of today. Every Fourth of July at Civic Nebraska we are reminded that America has always wrestled with questions of life, liberty, and the pursuit of happiness. And, during this Independence Day holiday, we are inspired by the knowledge that time and again, our nation has resolved that our democracy is strongest when all of us are part of it.

PrevPreviousEmily Koopmann: What Civic Nebraska means to me
NextFind your voice for peace and justice July 21Next