We asked, and you delivered. Here's Civic Nebraska's 2020 Summer of Democracy Reading List, as nominated by Nebraskans and selected by our staff. 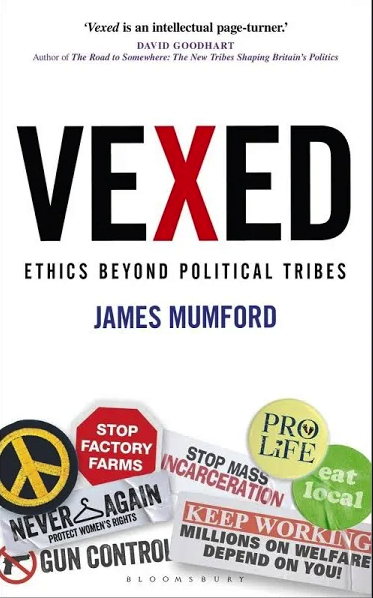 Challenge someone’s political views and increasingly you challenge their very being. But do our political tribes even make sense? On the most important ethical issues, the instinctive positions of the Left and the Right are riven with contradictions. Mumford’s challenge is simple: Why should believing strongly about one topic mean the automatic adoption of so many others?Vexed is a provocative account that will appeal to anyone of independent thought. 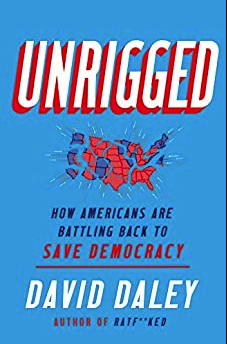 Unrigged: How Americans are Battling Back to Save Democracy

Daley reports on Pennsylvania’s defeat of a gerrymander using the research of mathematicians and the Michigan millennial who launched a statewide redistricting revolution with a Facebook post. He tells the stories of activist groups that paved the way for 2018’s historic blue wave and won crucial battles for voting rights in Florida, Maine, Utah, and nationwide. Unrigged is a portrait of a nation transformed by a new civic awakening, and provides a blueprint keeping American democracy afloat. 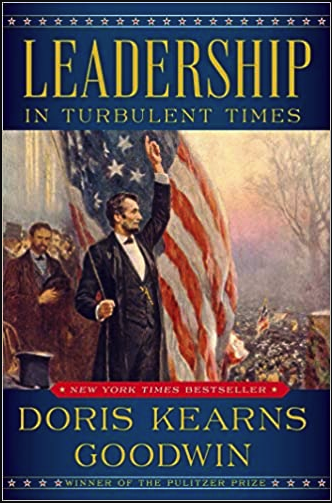 Goodwin demonstrates how leaders are made, not born, as she explores the highs and lows of four U.S. presidents who faced moments of horrific national crisis. The historian sets the stage as each future president discovers within himself the desire to enter politics, the calamitous blows that knocked each one down, and how they tackled the struggles that tore at the sinews of the country. 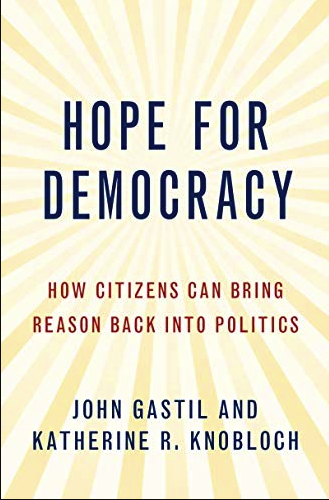 Hope for Democracy: How Citizens Can Bring Reason Back Into Politics

Gastil and Knobloch introduce new tools for tamping down hyper-partisanship and placing citizens at the heart of the democratic process – convening a sample of citizens to study statewide ballot measures. Citizen panelists interrogate advocates, opponents, and experts, then write an analysis distilling their findings for voters. This helps voters better understand policy issues on their ballots. Hope for Democracy shows how citizens and public officials can work together to bring rationality and empathy into modern politics. 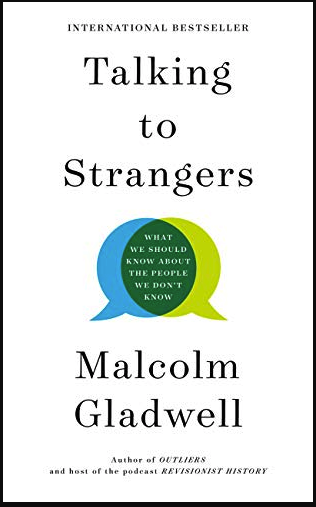 Talking to Strangers: What We Should Know About the People We Don’t Know

How did Fidel Castro fool the CIA for a generation? Why did Chamberlain think he could trust Hitler? Why are campus sexual assaults rising? Do sitcoms teach us something untrue about the way we relate to each other? Something is wrong, Gladwell argues, with the tools and strategies we use to make sense of people we don’t know. And because we don’t know how to talk to strangers, we are inviting conflict and misunderstanding in ways that have a profound effect on our lives and our world. 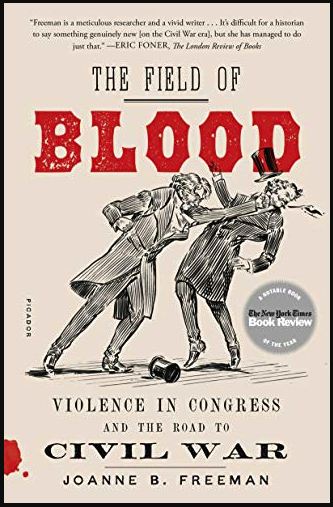 The Field of Blood: Violence in Congress and the Road to Civil War

Think we’re divided today? The Capitol was rife with conflict in the decades before the Civil War. Legislative sessions were punctuated by mortal threats, canings, flipped desks, and slugfests.  These fights didn’t happen in a vacuum: Freeman’s accounts of brawls and thrashings tell a larger story of how fisticuffs and journalism, and the powerful emotions they elicited, raised tensions between North and South and led toward war. It’s a fresh understanding of the workings of American democracy and the bonds of Union on the eve of their greatest peril. 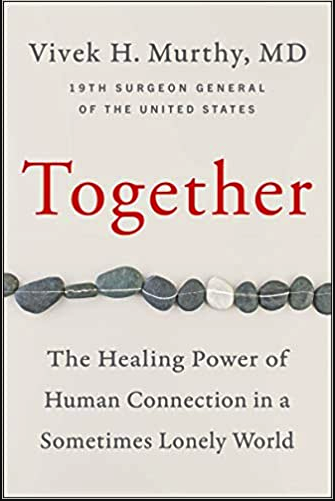 Together: The Healing Power of Human Connection in a Sometimes Lonely World

We’re social creatures; here lies the problem and the solution to the current crisis of loneliness. Murthy submits that loneliness is a public health concern: a cause and contributor to many problems from addiction to violence to depression and anxiety. Loneliness affects not only our health, but also how children experience school, our work performance, and our sense of polarization. But at the center of our loneliness is our innate desire to connect. We’ve evolved to participate in community, to forge bonds, to help one another, and to share experiences. We are, simply, better together. 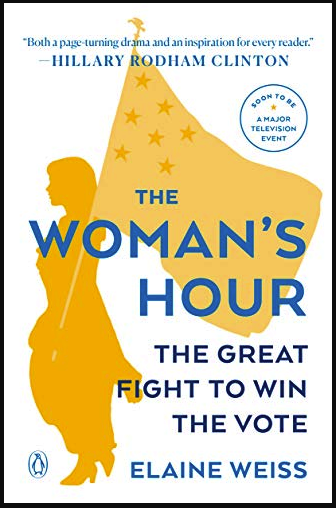 The Woman’s Hour: The Great Fight to Win the Vote
Elaine Weiss

It’s 1920. Thirty-five states have ratified the 19th Amendment, and one last state is needed. It all comes down to Tennessee, the moment of truth after a seven-decade crusade. Following a handful of remarkable women who led their respective forces into battle, along with appearances by Woodrow Wilson, Warren Harding, Frederick Douglass, and Eleanor Roosevelt, this is an inspiring story of activists winning their own freedom in one of the last campaigns forged in the shadow of the Civil War, and the beginning of the great 20th-century battles for civil rights. 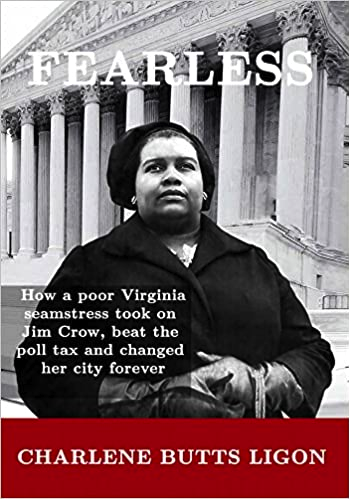 Evelyn T. Butts became a forceful voting rights champion, winning a landmark Supreme Court case that abolished the poll tax. Butts worked tirelessly to improve the lives of family members and neighbors while also joining or leading battles against discrimination in employment, public schools, neighborhood services and voter access. While Norfolk, Virginia, is the backdrop for this story there are lessons that apply to many communities and readers of all ages. 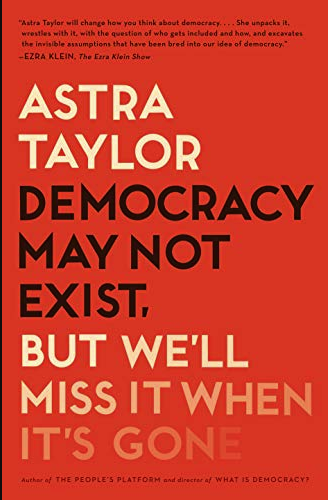 Democracy May Not Exist, But We’ll Miss It When It’s Gone
Astra Taylor

Democracy’s problems are deeper than one election cycle. Real democracy – inclusive and egalitarian – has in fact never existed. Is democracy a means or an end? What if peace, prosperity, equality, liberty, an engaged citizenry can be achieved by non-democratic means? In what areas of life should democratic principles apply? If democracy means rule by the people, what does it mean to rule and who counts as the people? This book offers an understanding of what’s possible, why democracy is so hard to realize, and why it’s worth striving for. 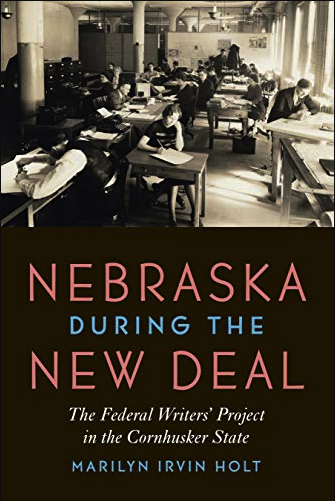 Nebraska During the New Deal: The Federal Writers’ Project in the Cornhusker State
Marilyn Irvin Holt

The Federal Writers’ Project put unemployed writers, teachers, and librarians to work collecting information, writing essays, conducting interviews, and editing material for guidebooks in each U.S. state. The “American Guide Series” aimed to create an appreciation for our history, culture, and diversity – and preserve democracy when militarism and fascism were rising. Nebraska’s project, one of the program’s most prolific, is remembered for its state guide and series of folklore and pioneer pamphlets. It also produced town guides, a volume on African Americans in Nebraska, and an ethnic study of Italians in Omaha. 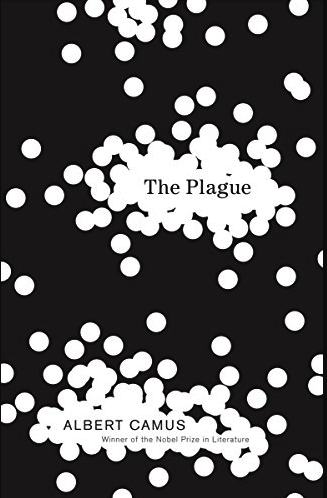 A haunting tale of human resilience and hope in the face of unrelieved horror, this novel about an epidemic ravaging the people of a North African coastal town is a 20th-century classic. The townspeople of Oran are in the grip of a deadly plague, which condemns its victims to horrifying death. Fear, isolation and claustrophobia follow as they are forced into quarantine. Each person responds in their own way: some resign themselves, some seek blame, and a few, like Dr. Rieux, resist the terror. The Plague is in part an allegory of France’s suffering under the Nazi, and a story of bravery and determination against the precariousness of human existence. 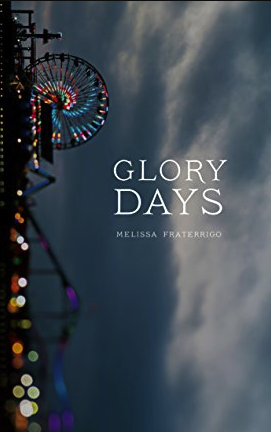 Fraterrigo paints a stark portrait of the painful transitions of 21st-century small-town America, interweaving characters to reveal deeper truths about our times and how the new landscape of one culture can be the ruin of another. Ingleside, Nebraska, is populated by down-on-their-luck ranchers and new money, drugs and greed, haves and have-nots. Teensy and his daughter, Luann, face the loss of their land even as they mourn the death of Luann’s mother, while some townspeople find wealth when developers begin buying up acreages. When Glory Days — an amusement park — is erected, past and present collide, the attachment to the land is fully severed, and the invading culture ushers in even darker times. 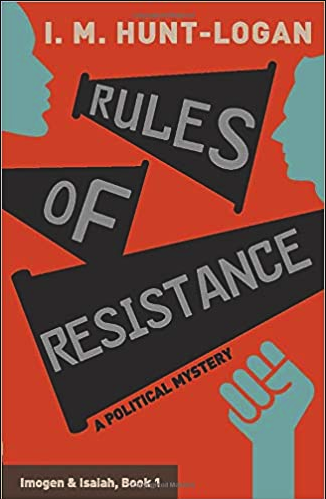 Among the things Iz Whitman doesn’t want you to know is that his Real Americans PAC is a Democratic front. He may go to Tea Party events, but the truth is he thought going undercover in Trump country would help Democrats gain control of the House in 2018. He hired a GOP political consultant, thinking his messaging would drive swing voters back into the Democratic fold. Now, the consultant’s dead and the police are looking at Iz. Worse, his sister is a key volunteer for the Democratic challenger, making her a prime suspect. A comedy of errors about how well-meaning folks fighting to put things right can get it so very, very wrong. 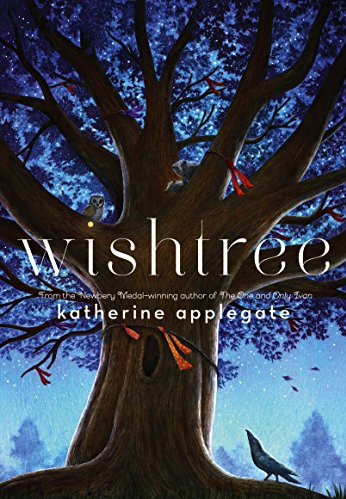 Red, a many-ringed oak, is the neighborhood “wishtree” – people write wishes on pieces of cloth and tie them to Red’s branches. With a crow named Bongo and other animals who seek refuge in Red’s hollows, this wishtree watches over the neighborhood. You might say Red has seen it all. Until a new family moves in. Not everyone is welcoming, and Red’s experience as a wishtree is more important than ever. 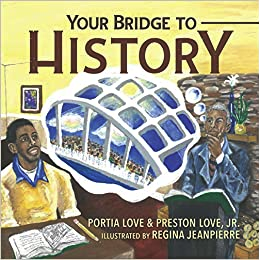 Your Bridge to History takes you along with the Black Votes Matter Tour across the American South. The characters tour sites where individuals and organizations focus on Civil Rights, Voting Rights and Black History in the United States. Beautiful illustrations depict the pictures the tour participants experienced along the way. QR codes are included to take readers to websites that are important to further learning. 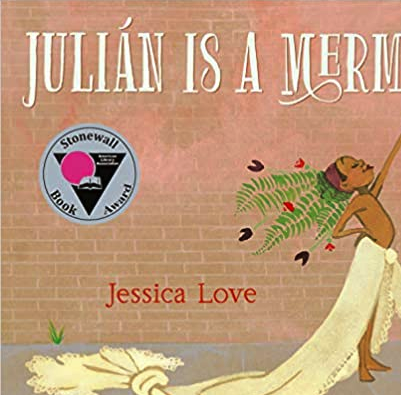 Julián Is a Mermaid

While riding the subway home with his abuela one day, Julián notices three women: Their hair in brilliant hues, dresses ending in fishtails, and their joy fills the car. When he gets home, all he can think about is dressing up just like the ladies in his own fabulous mermaid costume: a butter-yellow curtain for his tail, the fronds of a potted fern for his headdress. But what will Abuela think about how Julián sees himself? Mesmerizing and full of heart, Jessica Love’s author-illustrator debut is a jubilant picture of self-love and a radiant celebration of individuality. 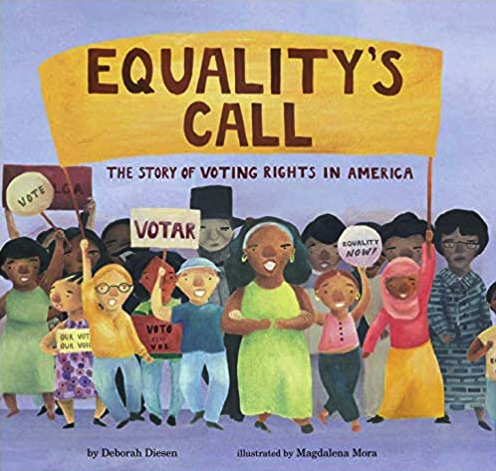 A right isn’t right till it’s granted to all. The Founders of the United States declared that consent of the governed was a key part of their plan for the new nation. But for many years, only white men of means were allowed to vote. This unflinching and inspiring history of voting rights looks back at the activists who answered equality’s call, working tirelessly to secure the right for all to vote, and it also looks forward to the future and the work that still needs to be done.

PrevPreviousIt’s never too late: Let’s regenerate
NextOn Give To Lincoln Day, shine for your democracyNext