Pain or progress? The choice is ours.

Democracy lives within each of us. And it either advances or retreats through our daily decisions as members of our democratic society. Here are five ways to strengthen civic life in the wake of an emotional election.

The election is over. Now what? With such sustained focus solely on Nov. 3 for so long, it’s understandable that some Americans are now feeling adrift. It’s not that we didn’t grasp that the ballots would eventually be counted, winners determined, and postmortems formed. But it wasn’t easy to see what life in these United States would look and feel like after such an extended, emotional stretch.

Being in the democracy-building business, we at Civic Nebraska are obviously thrilled with record-setting participation in this year’s election – including unprecedented numbers in Nebraska. But we know that democracy doesn’t begin or end at the ballot box. And it doesn’t come from the top down. It’s quiet, consistent, and persistent. Most importantly, it lives in all of us: In our words, in our deeds, in our civic actions, and in how we interact in our free society.

It’s almost cliche after an election to say that we’re at a crossroads. But the fact is, we always are. Today’s just a good day to remind us all of the choices we have as citizens. We can choose to devolve further into the recent pattern of victimhood, cynicism, and pain, or we can pursue a much different path, toward a stronger democracy. We can build upon the foundation of engagement, activism, and advocacy that has been built during this historic period and move forward – together.

The choice is ours. 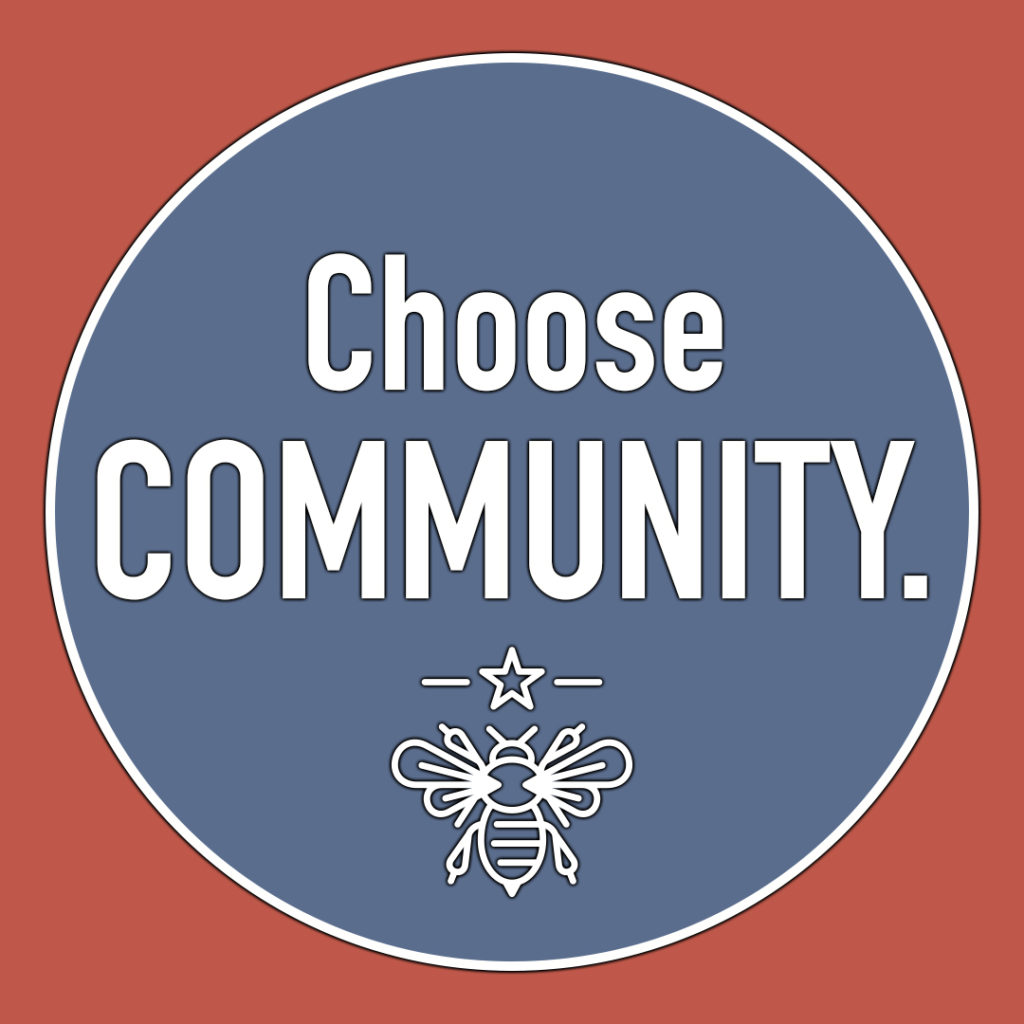 We are all connected. So we are all co-creators of our collective reality – our interconnected, interdependent, networked reality. All of our acts, taken together and no matter how big or how small, compound. We don’t all have to agree on everything, but it’s vital that we start from this place of understanding: Community thrives when people trust each other and when we show up for one another. We all do better when we all do better.

That is democracy, friends. Building community is not solely the job of elected leaders; they can’t pull civic spirit out of us. It’s up to all of us. 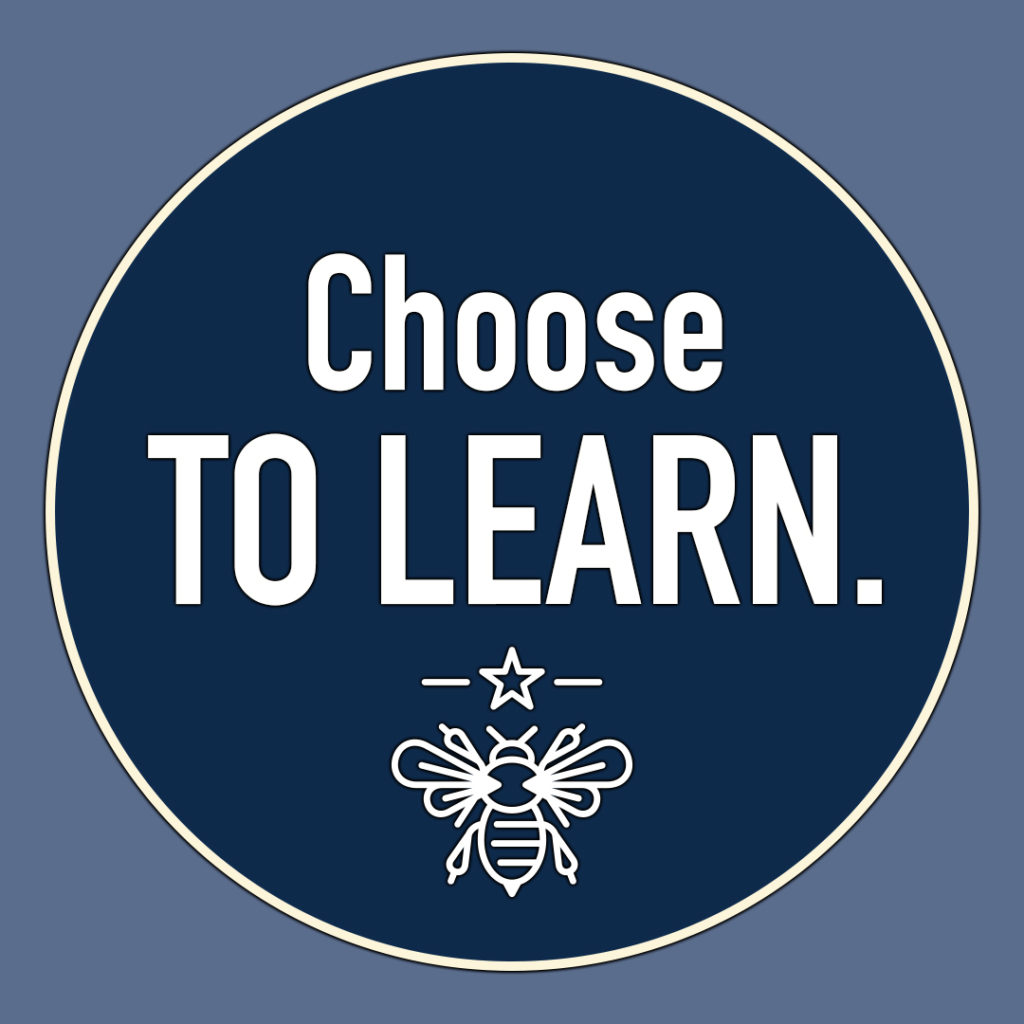 “Certitude is not the test of certainty. We have been cocksure of many things that were not so.”
– Oliver Wendell Holmes

Learning is essential to our existence – it not only helps us think critically and navigate our world, but it also provides us with new ways of relating to a wider range of people. If we stop learning, we become civically dead.

It’s human nature to assume we are right and to resist ideas we find disagreeable. But by allowing ourselves to be open – vulnerable, even – to different views, we are doing the steady work of upholding the foundations of our republic. American democracy is forged in our discourse, sustained through our discussions, and advanced by the exchange of our ideas. For centuries, we have gathered, listened to each other, debated, made up our minds, and then moved forward together. We can do this again. 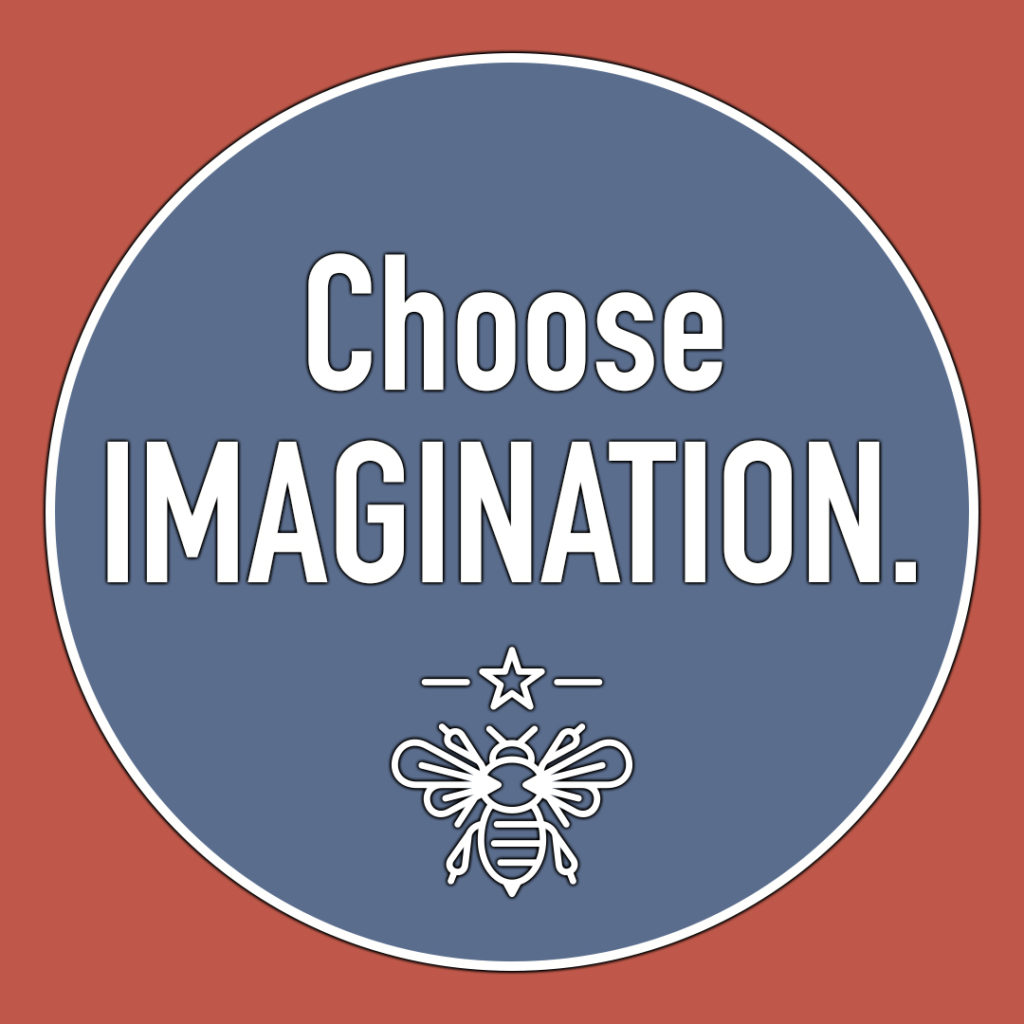 “Things that people learn purely out of curiosity can have a revolutionary effect on human affairs.”
– Frederick Seitz

When we say choose imagination, we don’t mean recklessly detaching from reality and rejecting basic facts. Without a shared truth that all Americans accept, democracy dwindles. No, we mean using our civic imaginations in a curious and innovative and productive manner in pursuit of a better society for all.

Dare to imagine what a safe, healthy, prosperous, and thriving America for everyone looks like. Let your imagination work on what that really might mean, specifically. And then, dare to imagine how we not only achieve that America, but also build it in a manner that it can be carried on for our future generations. 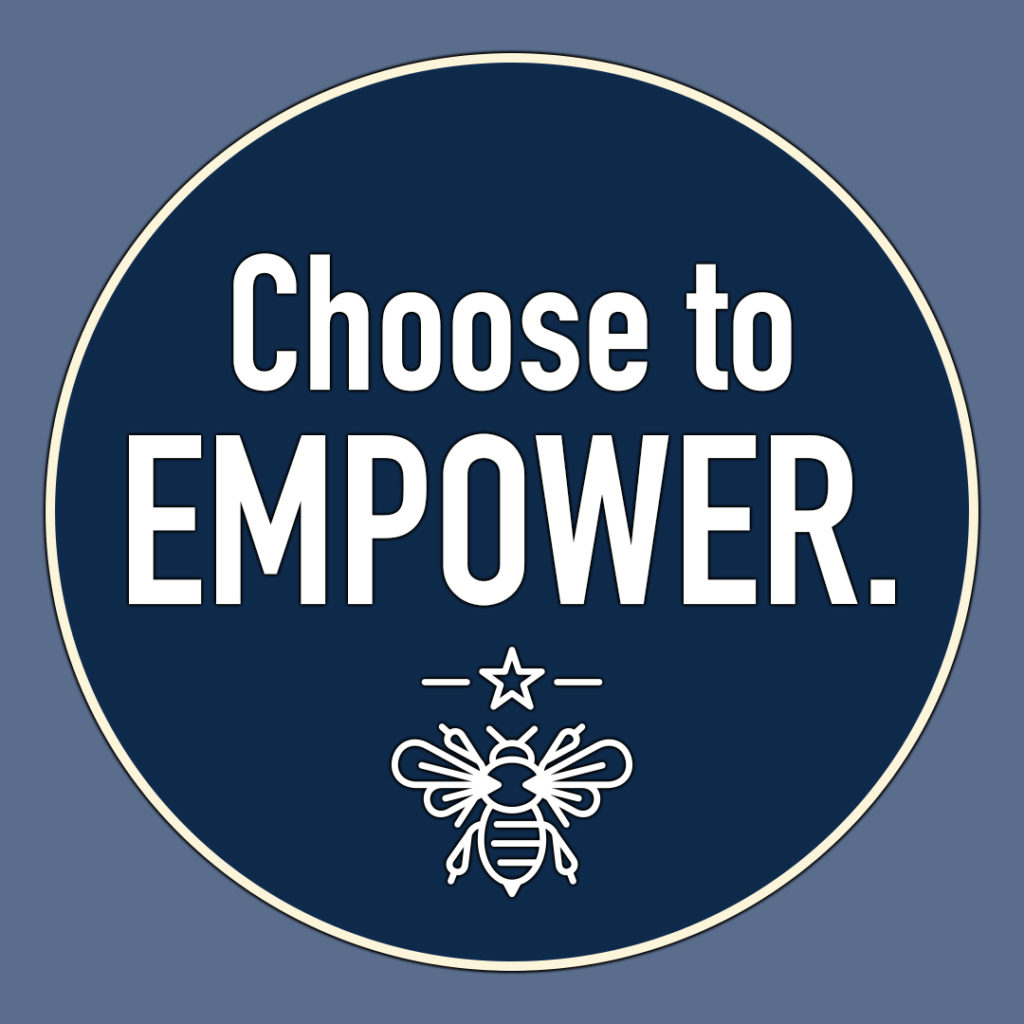 “Power is infinite – there is no inherent limit on the amount of power people can create.”
– Eric Liu

Power is not zero-sum. It multiplies. If we choose to circulate our assets – whether that means knowledge, resources, focus, voice or whatever else we may wield – we are not subtracting from our own “pool” of power. When more Americans gain agency, we inch ever closer to fulfilling those famous words in the Declaration of Independence.

From the Founding, the United States has been strongest when we have owned issues together, held ourselves mutually accountable, and put sincere trust in one another. It’s in our DNA, and our history has called upon this powerful characteristic time and again.

We have an inherent responsibility to our fellow-citizens to build power, not hoard it. Let’s define this era as one where we lift one another up, not tear each other down. 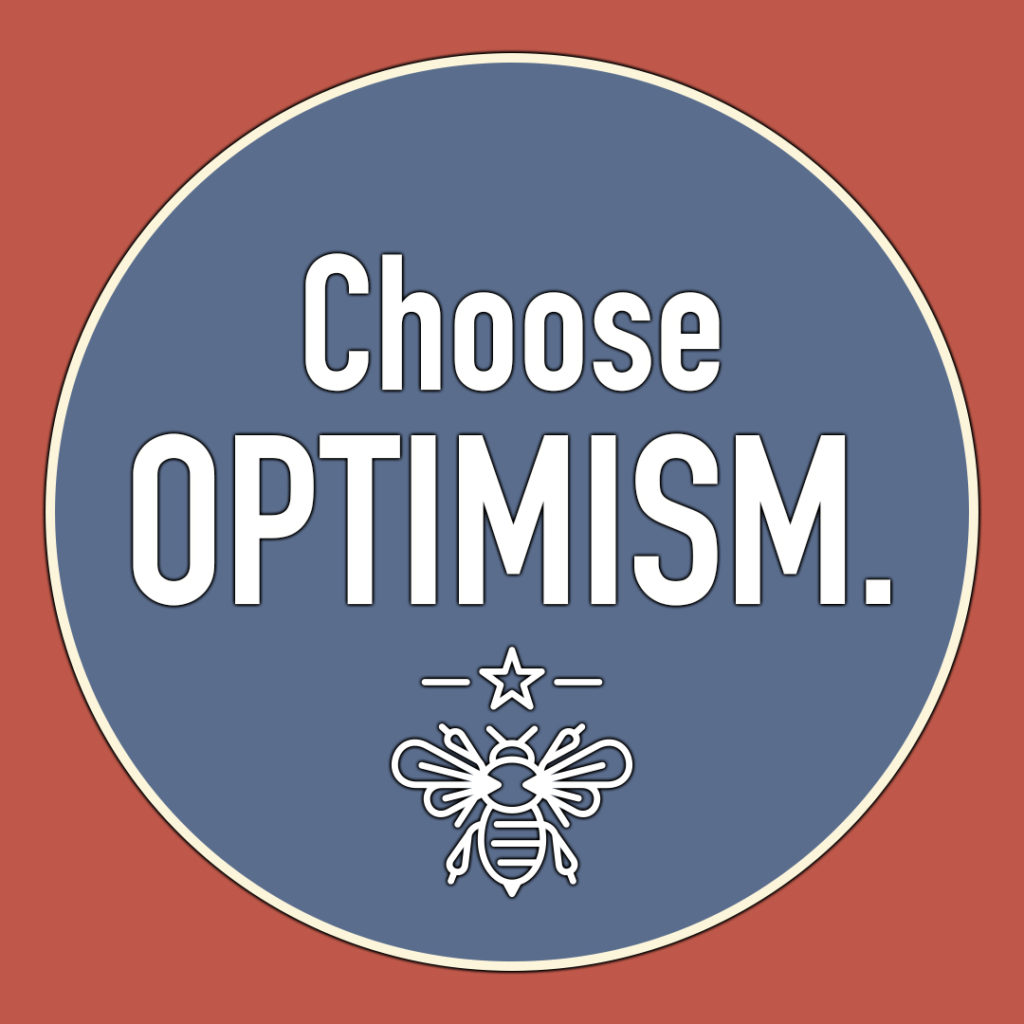 “How wonderful it is that nobody need wait a single moment before starting to improve the world.”
– Anne Frank

Democracy works because we believe in it – because we believe it’s worth protecting, sustaining, and building upon. If we lose faith in that notion, our confidence in our institutions, in our systems, and in ourselves disintegrates. And then, we lose everything.

Optimism is crucial to our very human existence, and democracies are only as resilient as their people. In the last week, we’ve witnessed that Americans possess great internal strength. There are always struggles and difficulties to overcome, of course – being optimistic and hopeful doesn’t mean ignoring these challenges. But optimism allows us to see new opportunities, learn from different situations, and resolve to keep moving forward.

Let’s choose to believe in our democracy and our future. This has powered us forward for nearly 250 years – and can carry us for 250 times 250 more.

PrevPreviousRepublican or Democrat, voting has been a success
NextThe challenge of our age: Moving past our rageNext