Be faithful to facts. Argue productively. Act locally. Connect with others in your community. And be the Legislature's 'Second House.'

This year’s midterm elections drove incredible civic energy, with more than 100 million Americans casting ballots – a record for a non-presidential election. Nebraskans certainly did their part; the state saw its highest turnout for a midterm since 1994.

Following the election, as the year has begun to draw to a close, we have noticed a common sentiment emerging in our state: Now what? Some have asked in a political sense – what do the results of this election mean for me, or the issues I care about? Others are interested in how, beyond Election Day, Civic Nebraska builds democracy year-round (our Youth Civic Leadership, Civic Health, and Voting Rights Initiatives, natch). And still others asked: What’s next for me?

It’s clear Nebraskans are hungry to maintain the drive and energy from Nov. 6. It’s a welcome sight. Because while doing your civic duty feels great – it’s the most fundamental input citizens have in their democracy —  voting is certainly not the only way to participate in our civic society.

Being Americans requires us to have a civic life, in the knowledge that we are all part of a larger social framework. That understanding compels us to at least partially own, and work to address, our community’s issues. It drives us to examine issues from a range of standpoints, make informed decisions, and take action. If this process sounds familiar, it’s because it’s often called civic engagement — the actions we take to fulfill our requirements and responsibilities of citizenship.

And that’s our answer to the question of what comes next after Election Day: Engage in civic life. There are countless ways to do this, but here are five to consider in the New Year.

First, be faithful to facts. Democracy requires us to stay informed, so therefore, democracy requires facts. With so many information sources published on so many different platforms, this sounds like it would be easy. But the menace of “fake news” is everywhere, leaving many confused at best and intellectually paralyzed at worst.

Separating stone-cold fact from agenda-fueled fiction is essential to civic health. Fact-checking takes more time, effort, and focus than Retweeting, sure — but it’s much healthier for democracy. Be skeptical and learn the techniques of the professional skeptics: PolitiFact has a great guide on fact-checking. FactCheck.org has proven to be a reliable source for truth-seekers. Snopes.com has batted away many an urban myth. Media Bias Fact Check examines content from across the political spectrum. And here’s a guide to identifying questionable news sources.

Civic life requires us to deal in facts. Pursue truth.

Second, argue productively. There’s been a lot of talk about civility this year, which some have taken to mean “don’t talk about tough issues, ever.” But without argument, civic life wilts away.

This might sound counterintuitive. Why would we want to argue with one another? But history shows that America was born from an argument. That’s a legacy that requires us to continue arguing, into perpetuity, about what a “more perfect union” should be. We’ve written about this a few times this year but it bears repeating. Civil discourse does not equal politeness; civil discourse does not declare winners and losers; civil discourse is fact-based and respectful. So never be afraid to take part in an authentically American discussion, whether it’s on Twitter or at the dinner table. 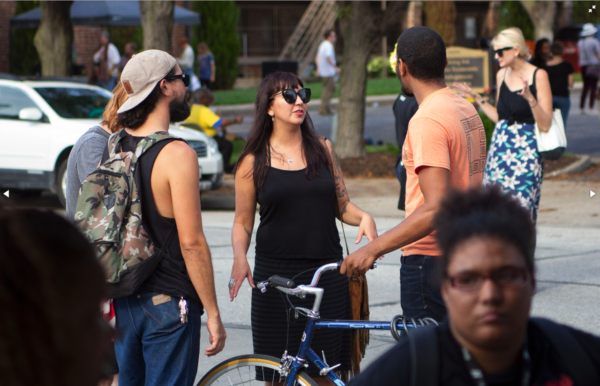 Third, act locally. While it might be entertaining to watch the fights on cable TV news, or fixate on the abysmal approval ratings of federal office-holders and institutions, remember that a large majority of Americans have faith in their local leaders and institutions to solve problems. The good news is it’s easy get involved locally. Read up on your local officials and their positions. Attend meetings of your neighborhood association, city council, or school board. Vote in local elections. Write a letter to the editor. Attend community forums, such as Leadership Lincoln’s Hot Topics series on contemporary local issues.

Change always starts at the local level. And the best thing about local activism is that it is typically not as ideological or partisan as what you see on CNN, MSNBC or Fox News.

Fourth, connect with others in your community. There are numerous Nebraska organizations that provide direct services or that can help guide you in becoming more involved in your community, wherever your interests may lie. If purely civic activism is your thing, take a look at the members of the Nebraska Civic Engagement Table, a coalition of organizations (including Civic Nebraska) with various missions and a shared goal of adding more voices to our democracy. If you’re in college, check in with your school’s student affairs office, such as the Center for Civic Engagement at the University of Nebraska or the Office of Civic and Social Responsibility at UNO. Or Become a Collective Impact Lincoln community builder, and learn how to build democracy from your neighborhood outward. The next Community Builder Workshop is Jan. 12 in Lincoln. If you live in Nebraska’s largest city and have a passion for neighborhood advocacy, ONE Omaha is your best bet. 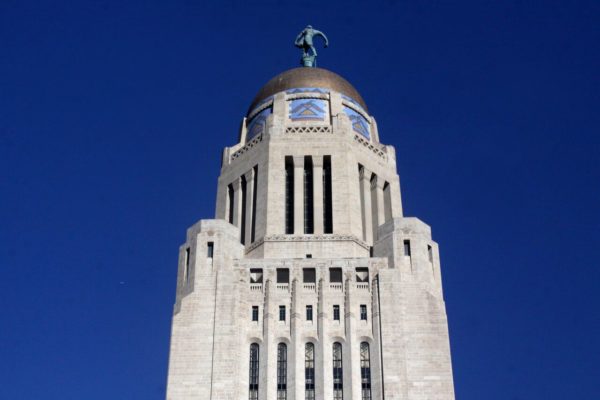 Finally, be the Second House. The old saying is that the “Second House” of the Nebraska Legislature is the people of the state.  Legislators often say that constituent feedback can play a key role in how they approach, understand, and vote upon an issue.

As a Nebraskan, you have a special duty to engage with – and a unique level of accessibility to – your elected officials. Every bill introduced by the Nebraska Legislature is required to have a public hearing. It’s your right to testify on any or all of them. Not sure how to follow a bill through the Legislature? Here’s one place to start. If all else fails, contact your state senator for more information on proposed legislation that interests and matters to you.

At Civic Nebraska, we work every day to improve our democratic institutions so that they are more modern, robust, and accessible to all Nebraskans. From the classroom to the boardroom, from our city halls to our city parks, from our digital soapboxes to our state’s very real ballot boxes, every Nebraskan can help build a resilient civic life in our state. Now that would be a great New Year’s resolution.