Here are some things to know as the 2021 session of the Nebraska Legislature begins.

I’m not sure how, but it’s already 2021 and today is the first day of the legislative session. The last session was significantly affected by COVID-19 and marked by fiercely debated and controversial issues, and we simply ran out of time to address many important pieces of legislation. I’m here to just warn you ahead of time, in the most optimistic way, that 2021 will be similar.

Here are some things to know as we begin.

All legislation is new

The first bill introduced will be LB1. Legislation carries over from a Long Session to a Short Session within the same biennium, but at the end of the biennium, the legislative slate is wiped clean. As one of several efforts to be safer while still meeting in person, all senators are being encouraged (though not required) to introduce fewer bills than usual. As few as possible, in fact. It’s likely that the only bills receiving meaningful time on the floor this year will be the budget, redistricting, and priority bills.

New leadership needs to be elected 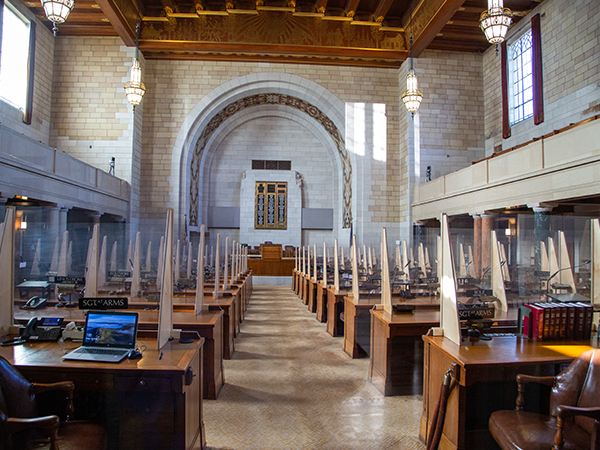 At the beginning of each biennium, all leadership positions are vacated, including Speaker of the Legislature. All positions will be elected today, starting with Speaker, then the Executive Board, then all committee chairs. There will be several close and controversial leadership elections, including an argument about how we elect leadership in the first place.

Committee leadership is elected by secret ballot. There is a large push to make the votes public in the name of transparency. Opponents of the change (like me) believe such a move would be devastating to what’s left of the nonpartisan nature of our Unicameral, as it would expose senators to political punishment by parties and big donors. Leadership votes should be about electing who is most qualified, not the ranking or chosen member of your party.

A new venture for nearly everyone involved, the legislature must draw new political maps this year. This once-a-decade undertaking will be exhausting not only because of the partisan fighting but also because it’s just an objectively difficult project with serious consequences. COVID-19 has delayed the census data required to effectively draw maps, so we’re still waiting to see how the body will respond.

Where does that leave voting rights?

On the elections policy and voting rights front, we’re gearing up for a few conversations. We’ll be supporting Sen. Justin Wayne and Sen. Machaela Cavanaugh as they fight against Nebraska’s archaic and ineffective felony disenfranchisement laws. We’ll continue to advocate for the improvement of our early voting system, which will most certainly include defense against the insubstantial but very loud talking points being pushed by President Trump and several members of Congress. And, as always, we’ll be vigilantly defending against laws that could make it more difficult for Nebraskans to vote, including voter ID.

Bills can be introduced for the first 10 legislative days, so I’ll be back with an update on what exactly to expect from this year’s session.

Thanks, as always, for your vigilance and interest. Stay tuned!