Button up to say I VOTED BY MAIL!

Donate $5 or more to Civic Nebraska in October and we'll fashion you with our "I VOTED BY MAIL" button.

With early mail-in ballots arriving in Nebraska voters’ mailboxes, the 2020 election has officially begun. On Sept. 30, Secretary of State Bob Evnen said more than 350,000 voters had requested early mail-in ballots for the November election, which would be a general-election record for vote-at-home ballots. In 2016, the total early vote in Nebraska – in person and vote-at-home – was about 230,000. With more than three weeks to go to request a vote-at-home ballot, who knows how high we might go?

To celebrate such strong early vote-at-home participation, we’ve got a deal for you. Our I VOTED BY MAIL buttons, which were a hit this spring, are back for the general election.

Want one? Cool. Here’s how:

1. Donate $5 or more to Civic Nebraska through Mightycause. Be sure to share your email address and physical address on the form when you donate. Then, we’ll deliver a button to your door, either in person or through the trusty U.S. Mail. Limit 3 per household, please.
2. When you get yours, take a selfie with your button and share it with us at @CivicNE on Twitter, or tag us on Instagram @civicnebraska. Use the hashtag #NebraskaVotesByMail. We’ll want to share the love of voting by mail far and wide!
3. BUT WAIT, THERE’S MORE. Each Tuesday in October, we’ll select one lucky winner with the most creative selfie to receive a Civic Nebraska t-shirt. Have you seen our t-shirts? They’re comfy and soft and are guaranteed* to make you look 100 percent more awesome than when you wear other t-shirts: 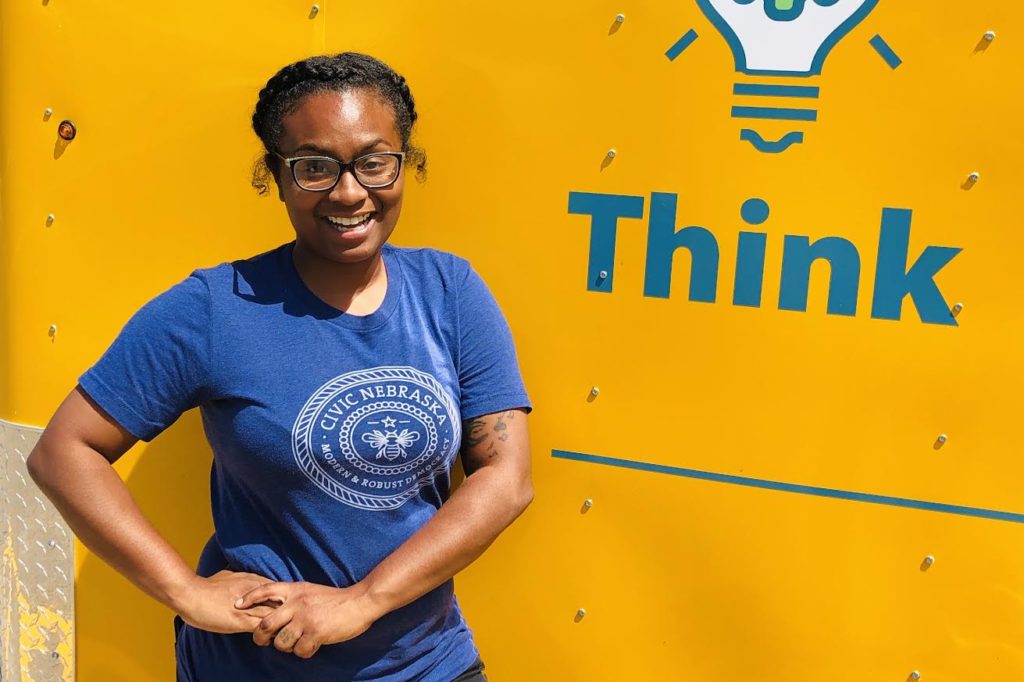 This offer is good while our button supplies last!

Way to go, Nebraska. We love how democracy looks on you.

* We actually can’t guarantee this, because your level of awesomeness is already off the charts. Vote!