State officials' focus on vote-by-mail for the May 12 primary will give Nebraskans an opportunity to experience the ease and utility of the process.

Civic Nebraska welcomed a Thursday decision that will result in vote-by-mail request forms being sent to every registered Nebraska voter for the May 12 primary. The move will provide a secure primary election while protecting Nebraskans’ health.

Secretary of State Bob Evnen said the Secretary of State’s Office will send vote-by-mail request forms to registered voters in counties across the state, the first step for voters to receive a mail-in primary ballot. The move is in response to concerns about in-person voting following the spread of COVID-19. 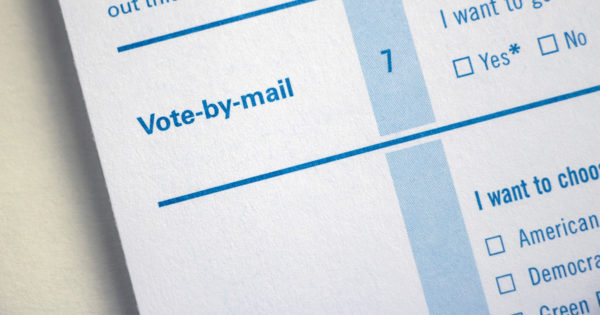 John Cartier, director of voting rights for Civic Nebraska, said the action will give Nebraska voters time to make the necessary preparations to engage in the vote-at-home experience.

Cartier was careful to clarify that state officials would not be sending the ballots themselves to voters, only the forms to request a mail-in ballot. In response, Civic Nebraska will focus statewide resources on emphasizing what voters will need to do to get their actual ballots.

“As advocates for Nebraska voters, we’re eager to assist in the effort to ensure the primary goes as smoothly as possible,” Cartier said. “This is a prudent decision by our state leaders as we all continue through this period of social distancing. Our elections must be secure and accessible, and vote-by-mail is a proven method of safely and conveniently participating in our democracy. And as we now see, it can literally protect our most vulnerable populations.”

The emphasis on vote-by-mail for the May primary will give Nebraskans an opportunity to experience the ease and utility of the process. For 11 small, rural Nebraska counties that have already opted to conduct all-vote-by-mail elections in 2020, there will be no change – they will directly receive their ballots in the mail as planned. In addition to increasing voter participation, vote-by-mail allows voters more time to research and consider their choices.

Currently, state law allows counties under 10,000 residents to request with the Secretary of State’s Office to conduct elections in an all-vote-by-mail format in one or multiple precincts. Civic Nebraska has advocated for expanding the option to all 93 Nebraska counties and has already begun supporting Nebraskans in securing their mail-in ballot at www.civicnebraska.vote.

Polling sites will still be open May 12, but officials are preparing for a large number of vote-by-mail requests. The deadline for applying for an early ballot is May 1.

Cartier said Civic Nebraska will work with state and county officials to determine how early voting – an increasingly popular option for Nebraskans – will be executed for the upcoming primary amid continued concerns about the virus. Evnen mentioned that a plan for early in-person voting, which is set to begin April 13, would be forthcoming.

“We appreciate the Secretary of State’s office engaging with voter advocacy groups as we determine the feasibility of in-person early voting during this uncertain time,” Cartier said.