Groups combine to ‘Speak Up for Housing Rights’

The SPEAK UP initiative, launched Aug. 4, invites local residents and leaders to take decisive action on a growing and urgent crisis in Lincoln.

As federal unemployment insurance expires and eviction moratoriums lift, a group of local civic, legal, education, and arts organizations are calling on Lincolnites to Speak Up for Housing Rights.

Between June 1 to 29, nearly 150 eviction cases were scheduled to be heard in Lancaster County. A study by the Aspen Institute predicts that 18 percent of Nebraska renters will be at risk of eviction by the end of September.

This level of displacement risks widespread disruption of the entire community for years to come – and requires the community to understand the negative consequences mass eviction has and will have on all of Lincoln. The Speak Up initiative, launched Aug. 4, also invites local residents and leaders to take decisive action, said Shawn Ryba, executive director of the South of Downtown Community Development Organization.

“Speak Up brings the enormity of the situation to every ZIP code in Lincoln,” Ryba said. “Eviction is a cause of poverty, not a condition of it, and Speak Up appeals to our city’s community spirit to confront this urgent issue head-on.”

Lincoln was struggling with housing affordability before coronavirus. At all income levels, housing was unaffordable for nearly half of Lincolnites who rented; nearly 22,000 Lincoln households were cost-burdened by housing and 85 percent of extremely low-income residents spent more than a third of their incomes on rent.

More than 28,000 Lancaster County residents have filed for unemployment insurance benefits since March 21. The latest data from the Nebraska Department of Labor indicates about 5,500 open jobs in Lincoln. Because renters are more likely to work in service and hospitality – two areas devastated by the virus – the pandemic has only intensified the issue, Ryba said.

Speak Up encourages Lincolnites to discover, engage, and act on the eviction crisis throughout 2020 and beyond. The initiative includes:

-A live discussion with Matthew Desmond, Princeton U. professor, MacArthur Fellow, and author of the Pulitzer Prize-winning Evicted: Poverty and Profit in the American City. Desmond’s 2016 book exposed how evictions are less a consequence than a cause of poverty. Desmond’s presentation and interactive Q&A, sponsored by Legal Aid of Nebraska, will take place Oct. 8.

– The University of Nebraska College of Law will host a follow-up virtual panel discussion, One Vital Topic: Eviction, on Oct. 16.

– The Nebraska History Museum will host Evicted: The Exhibition, a traveling national showcase that situates visitors in the isolated and unstable lives of rent-burdened families. The museum will feature the exhibit Dec. 4, 2020, to Feb. 28, 2021, and will include several elements on the history of eviction in Nebraska.

-A “community book club” project focused on the topic, sponsored by the Nebraska History Museum and Lincoln City Libraries, will begin in January 2021.

– Community forums and listening sessions around the city led by Collective Impact Lincoln, a partnership between civic and neighborhood organizations whose work lifts up Lincoln’s core neighborhoods.

-A digital hub, www.SpeakUpLNK.org, to learn more about the city’s eviction crisis, connect to resources and events, and add your name, voice, and engagement to the Speak Up campaign.

For a full calendar of events, additional information, and resources, visit SpeakUpLNK.org.

PrevPreviousIf you lose faith, you lose all
NextGo time: 2020 Election Protection Program lifts off Aug. 25Next 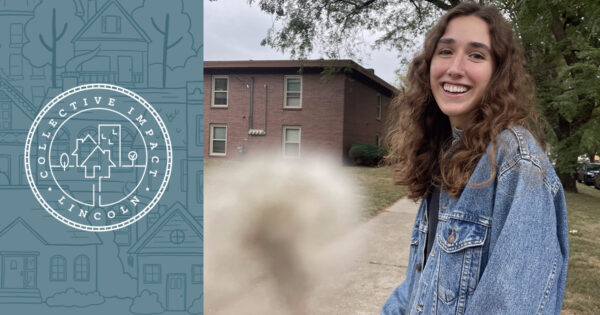