Organizers engaged over 6,000 residents, trained over 120 neighborhood advocates, and activated Lincolnites to advocate for pro-neighborhood policies.

Collective Impact Lincoln, a partnership to lift up the city’s core neighborhoods to empower resident-led positive change, extended its reach in its third year.

Organizers engaged with more than 6,000 residents, trained more than 120 neighborhood advocates, and activated dozens of Lincolnites in advocating for pro-neighborhood policies at the city level – including the improvement of Lincoln’s affordable housing plan. 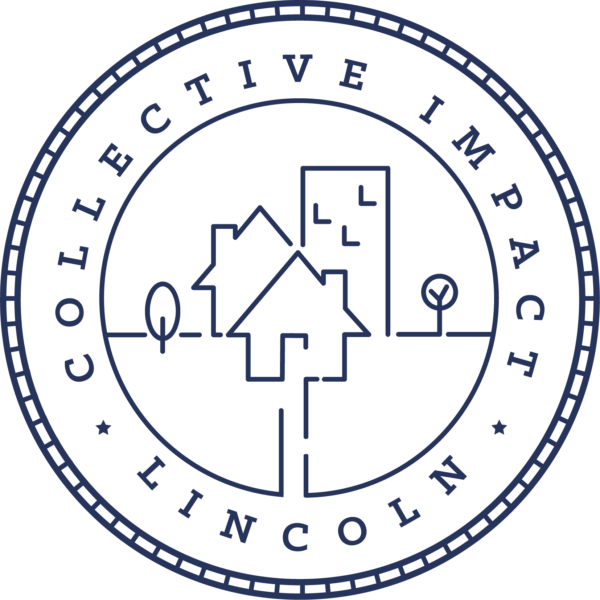 “In our first three years, we’ve met thousands of people who care deeply about this community and who are taking action to make it better,” said Nancy Petitto, Collective Impact Lincoln’s program manager.

“We’ve helped empower residents to map their neighborhoods’ assets, challenges, and opportunities, and we’ve worked directly with the city to tackle the common thread through all of our listening sessions – concerns about affordable and adequate housing.”

In addition to activating Lincolnites to speak out about how to improve the city’s draft affordable housing plan, Collective Impact Lincoln is among the founders of the Tenant Assistance Project, a community-driven program that provides free legal representation to those facing eviction.

“We’re pleased with the progress we’ve made in our first three years, and we expect to use what we’ve learned to accelerate our policy goals and focus our neighborhoods on lasting, meaningful, positive change,” Petitto said. 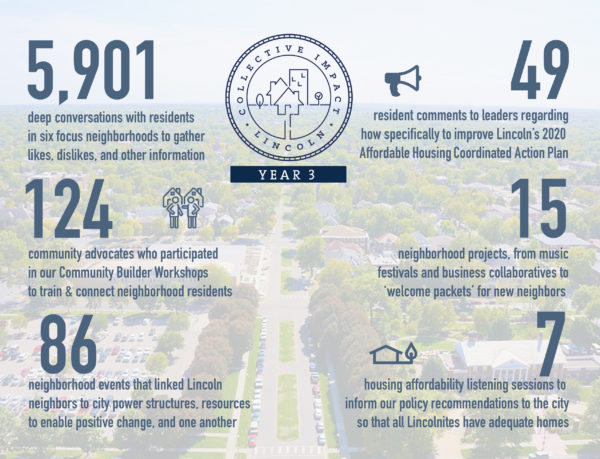