Voter ID was defeated for the eighth straight year, but we've still got work to do. You can help ensure Nebraska's elections are modern and secure.

Today marks the last day of the 2018 session. Thanks to the hard work of our voting rights advocates and staff, we were able to defeat several harmful pieces of legislation, but we also encountered several challenges that must be overcome next year. 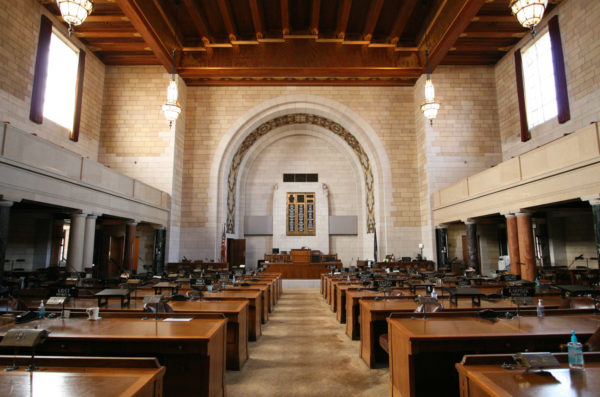 Civic Nebraska led the charge to defeat voter ID in Nebraska for the eighth consecutive year. LR1CA would have changed Nebraska’s constitution to require the passage of voter ID legislation. LR1CA was soundly defeated after just 45 minutes of debate, falling nine votes short of the 33 needed to stop debate.

In its original form, LB1065 was a dangerous, 30-page bill that would have allowed eligible voters to be turned away and issued a provisional ballot based on their photo. Additionally, it would have added a strict requirement that voters who were issued a provisional ballot show up in person within seven days to the election commissioner to prove their identity. Both of these harmful provisions were amended out of the bill, and LB1065 was stripped down to a seven-page bill that allows precincts to use electronic poll books instead of a printed binder. The bill was passed without a single “no” vote.

LB1058, the “faithful delegate bill,” was part of a multi-year strategy to add Nebraska to a call for an Article V Convention of the States. LB1058 was intended to make this constitutional convention seem safer than it actually is. The Nebraska Legislature voted on the bill and it was defeated, falling two votes short of the 25 needed to advance.

LB1115 would have made gerrymandering in Nebraska much worse by removing the estimated number of non-citizens from the population count used to draw legislative, Nebraska Supreme Court, and Public Service Commission election districts. This bill failed to distinguish between legal permanent residents, legal temporary residents, and undocumented residents, and excluded them all from receiving proportional representation in our state government. The bill faced strong opposition and failed to gain enough support before the end of the 2018 session.

LB1038 was a simple but important change to online voter registration. It changed the deadline from 5 p.m. to midnight on deadline day, to avoid confusion and allow more voters to register. The bill was passed without opposition and delivered to the governor.

Challenges for next year

There were several important pieces of legislation considered this year that did not receive the support to advance out of committee or pass on the floor. Most of these bills fell into three categories: improving the efficiency and safety of our voter registration process (LB290), adopting fair redistricting practices to fight gerrymandering (LB216, LB653, LB973, LB974), and restoring the right to vote for returning citizens (LB1027).

We are already building for next year’s fight for these issues, and we need your help. Voter suppression is well-funded. Will you chip in now to support our work for the 2019 session?

When it comes to defending democracy, every voice matters. We are always looking for Nebraskans who are willing to contact legislators, write letters to the editor, and share our materials on social media. Will you become a voting rights advocate today?

This year’s successes would not have been possible without your financial support and the hard work of our voting rights advocates. Thank you for fighting for nonpartisan, accessible, and modern elections. With your help, we will continue the work of creating a more modern and robust democracy for all Nebraskans. There are tough challenges ahead, but with your help we will continue to succeed. 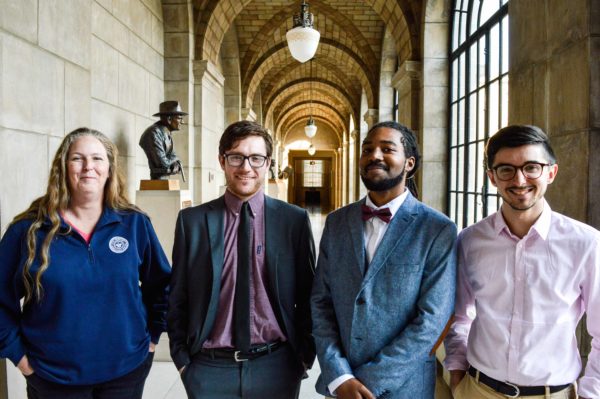 PrevPreviousCollective Impact Lincoln is back in the field
NextThis is what democracy looks like: Observe the May 15 electionNext