LNE Cares, a new anti-bullying club at the Lincoln Northeast Community Learning Center, is a safe place for students to share their stories and support one another.

Audria Stroughter spent this past summer – between her freshman and sophomore years at Lincoln Northeast High School – asking herself what kind of difference she could make at her school. The result is LNE Cares, a new anti-bullying club supported and facilitated through Civic Nebraska’s new Community Learning Center at the school this year.

“I started this club to show people that they’re not alone,” Audria said. She had the idea to start this club during her freshman year, and presented the idea this year to Principal Keri Applebee and Erin Voichoski, the leader of Civic Nebraska’s Lincoln Northeast CLC. As a new tenth-grader this fall, she took the opportunity provided by the new after-school CLC to officially launch the club.

LNE Cares meets twice a week after school as a part of the CLC – on Wednesdays, members focus on more serious topics related to bullying, while Fridays are filled with games and friendly chatter.

“It’s not every day that we have students so passionate about creating new clubs, and it’s even more rare that a student would take on a topic like bullying for that club,” Voichoski said. “As a CLC, we’re eager to see where this club will go and will help support it in any way we can.”

Audria said her inspiration for the club came from her own experience with bullying, but also her wish to help others. She said that she spent the summer questioning her purpose, before realizing it was to serve her fellow students.

“That’s what I’m always doing, no matter how worn out I am,” Audria said.

True to form, LNE Cares functions as a safe place for students to share their stories and support one another, she said. And to spread good vibes outside of the club, as well: Next week, LNE Cares will sponsor a week-long celebration around 2019 Unity Day on Oct. 23, a nationwide celebration of students supporting and being kind to one another.

“I just wanted to make this community of people who understand each other and who care for each other,” Audria said.

The club has done more than create a supportive group for students – it has created friendships. Audria said that at the beginning of the school year in August, club members weren’t necessarily friends. Now, many of them sit together at lunch and socializing at school.

While the club is new, there are expectations for its growth and longevity. Someday, Audria hopes to own a restaurant. Unsurprisingly, she said she wants to use extra profits to create a space similar to LNE Cares within the greater community, where anyone can gather and share in their support of one another.

“I really hope that this goes far and that it stays strong for years after I’m gone,” Audria said. “Maybe someday I can bring it out of the school and bring it into the community.” 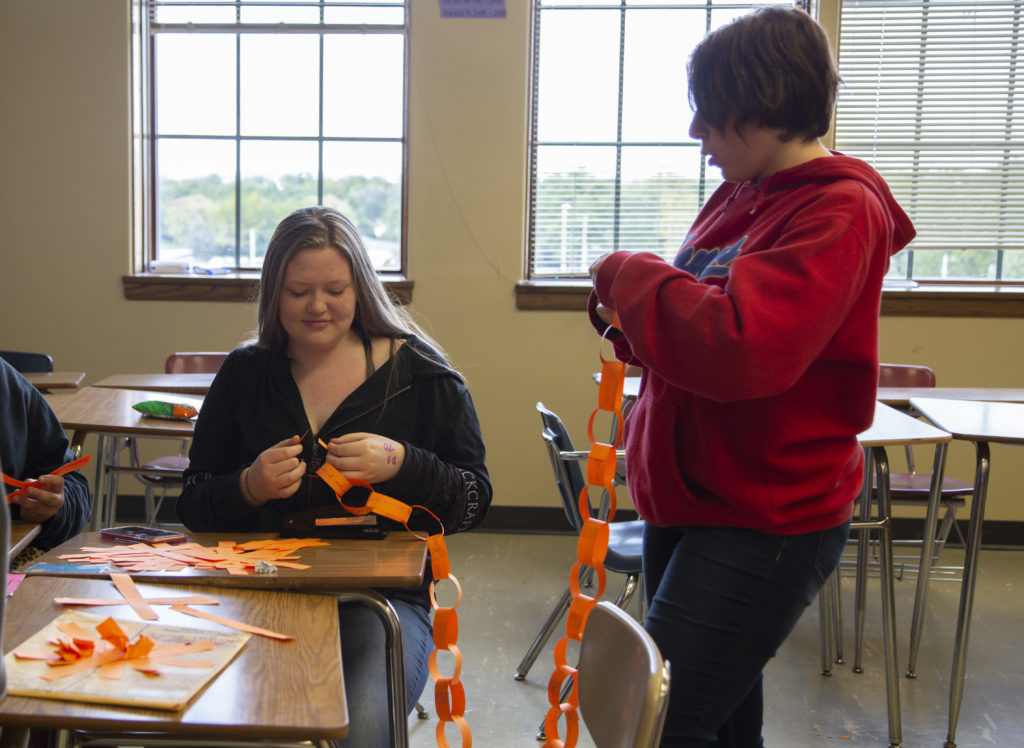 A democracy built on equality, inclusivity, and compassion is one worth keeping. As part of our commitment to this ideal, Civic Nebraska leads seven extended-learning programs at elementary, middle, and high schools in both Lincoln and Omaha. Those include before- and after-school programs and other outside-of-school initiatives. For more information, click here.