Carol A. Subiabre joined Civic Nebraska’s Board of Directors in June. Born and raised in Savannah, Georgia, with a Husker father and an Irish mother, Carol found the “Good Life” in Lincoln in the mid-1990s while attending Nebraska U. for graduate school.

Carol A. Subiabre joined Civic Nebraska’s Board of Directors in June. Born and raised in Savannah, Georgia, with a Husker father and an Irish mother, Carol found the “Good Life” in Lincoln in the mid-1990s while attending Nebraska U. for graduate school. While working on a Ph.D. in Spanish, she met her husband David, a political science student from Chile. She is a lecturer in the Department of Modern Languages and Literatures at the university and also is the coordinator of the Basic Intermediate Level. In the last seven years, she and David have been active with the Hispanic community, especially in the field of immigration. We sat down with Carol recently to learn more about her.

Civic Nebraska: We’re so pleased that you’ve agreed to join our Board of Directors. It’s important we have a range of backgrounds and perspectives, and yours is certainly relevant and valuable to our mission. Most of all, we’re glad you’ve made Nebraska your home these past two decades and done such important work.

Carol A. Subiabre: Well, I have a family connection to Nebraska. My father is originally from Johnstown (in north-central Nebraska). Population 80, though that might be an exaggeration. It’s one of those bar-church-gas station kinds of places. Many Nebraskans can probably picture it. Also, Savannah is extremely humid – what’s funny is, my family would come to Nebraska to escape the heat. Almost every summer, we’d spend some time in the state, so I’m no stranger. But I was a stranger to Lincoln until my father retired. After he finished working, he decided he wanted to go home. Naturally, because that’s what Nebraskans do! I came to the university for graduate school and had an office next to David’s. That’s how he and I met.

It’s enough just doing your job and raising a family. But you and David also have become a valued resource for New Americans and for those who are working toward their citizenship. Can you tell me about some of those experiences?

It can really vary. Most of all, it’s about helping individuals. We see what their needs are and provide that specific help when it’s necessary. That could mean translation work, or guiding people to the right forms and helping them complete them. Or preparing them for the citizenship test. That last one can cause a lot of anxiety! But we explain that it’s not difficult if you are prepared. It’s just a question of practice. They trust David, and they trust me. It’s not really a transaction. It’s a relationship.

That has to be incredibly rewarding.

It is, and also because it’s not only people from the Lincoln community. They’re also from other towns in Nebraska, and from other states. And the stories we encounter are so interesting. Recently, we helped with a woman from Honduras who wanted to go back to her native country. She had decided living here wasn’t what she thought it would be. Now, she has to follow a process. It’s confusing for her and could maybe take a year. But we will see that through.

But yes, it’s very satisfying. When we see someone succeed – get a work permit, become a citizen, get a marriage license – they’re so excited to be taking part in their new country in that official way.

Does overheated rhetoric about immigration from politicians make it harder to do this work?

Sometimes. It’s so unfortunate that the two parties can’t come together to do something with immigration reform. Or with the asylum issue, which really needs to be fixed. But they’re going to have to do it together. Immigrants are people, and they deserve dignity. The ones we’ve met and worked with work very hard, they love their families, they want to live in peace, and they contribute greatly to our communities.

How would you say your experiences and expertise fit into what Civic Nebraska is working toward?

Since joining the board I’ve done a lot of research, and it is clear that Civic Nebraska is doing a lot of good things. I like that it’s a nonpartisan group with a clear goal – to increase access to institutions and resources for many different communities of people, therefore making our democracy stronger. And also to let everyone know that they have a voice in our democracy. It’s just so important as many people as possible are involved in the community; for as many people as possible to have their voices heard. Civic Nebraska does that. It’s worthwhile work. I’m really excited to be part of it, and I hope to make a valuable contribution. I hope it grows stronger and stronger. It’s impressive how much Civic Nebraska has grown over the past few years, and I’m looking forward to seeing where it goes from here.

Us too! And from the sound of it, you – and David – have a special knack for helping people, and now organizations like ours, on their journeys.

We really want people to do well, and to feel like they’re part of the community. (New Americans) already know that they’re contributing to society, but then to have that validation of being full citizens and to have the rights we all take for granted – all the things that we take for granted ­– means everything. I like the definition of intelligence as “the ability to solve a problem.” That’s what (we’re) capable of doing, so that’s what we try to do, every day.

PrevPreviousFake news: Much ado about nothing and a problem for democracy
NextVolunteer with Collective Impact LincolnNext 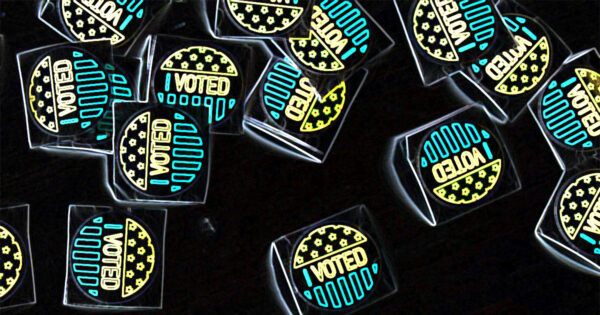 Elections of, by, and for the majority

Wide majorities of Americans know that expanding voting access will steady our democracy and ensure our basic democratic rights. 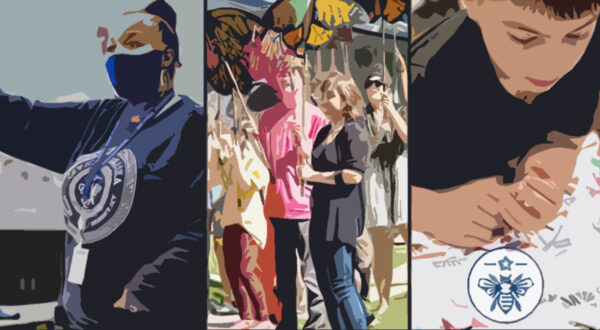 We’re gearing up for a pivotal 2022 at Civic Nebraska. Join us to protect voting rights, build young civic leaders, and connect Nebraskans to tackle shared challenges.