One way to restore faith in American government and in our national leadership is to start locally -- and let democracy trickle up.

Earlier this year, the Pew Research Center released the results of its study of Americans’ views of the nation’s political system and democracy as a whole. Among the upshots were a set of numbers about confidence in American democracy and government. Nearly six in ten believed democracy is working well in America, though just 18 percent said it’s working very well. Meanwhile, 61 percent supported making sweeping changes to our political system, saying “significant changes” were needed in the federal government’s fundamental design and structure to make it work in these modern times.

If you were following along at the time, you may remember some of the hand-wringing headlines. Americans think their democracy is falling short, The Washington Post blared. Americans are pessimistic that the U.S. is living up to its key democratic values, said NBC News.

Hidden in the report, though, was another set of figures that didn’t receive very much attention at the time: While a majority of Americans said, sure, Washington is hopelessly broken, nearly 70 percent had a favorable opinion of their local governments. Seventy percent! Also, nearly three-quarters approved of the quality of candidates running for local office in recent elections (compared with just 41 percent saying the same about presidential candidates). 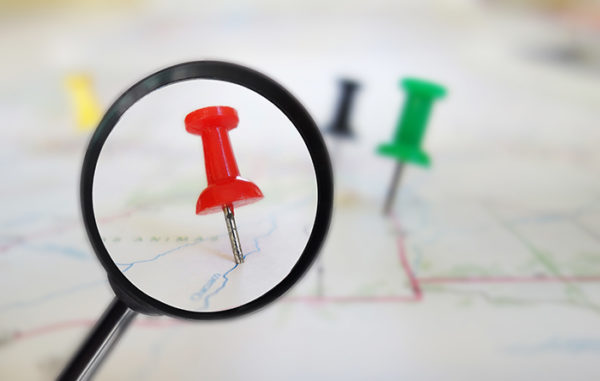 We were glad to see this, not that we needed convincing. We see evidence of the power of local involvement every day at Civic Nebraska. Many are in the stories we hear and the people we meet through our Civic Health Programs, which connect youth to state government, foster media literacy and civil discourse, help communities identify assets and tackle local issues, and drive neighborhood improvement in Lincoln and Omaha. A 21st-century democracy begins on our streets, in our schools and in our neighborhoods; it’s why we focus so much attention to the grassroots of our communities, identifying and empowering community leaders from all backgrounds, political views and ages, giving communities the tools they need to create meaningful, sustainable change.

This is especially true among (although certainly not limited to) younger Nebraskans. There is no shortage of evidence that shows Millennials on down generally share the belief that direct involvement at the local level can be an effective way to change things nationally and globally. They rightly believe that connected, engaged communities can push upward to create positive change — through technologies that connect us around the globe, with successful community models that can be scaled and replicated, via activating constituents heretofore unlikely to go to the polls on Election Day. Now contrast this to the food fights you see on CNN, MSNBC or Fox News.

This isn’t to discourage you from watching cable news and being informed about what’s going on in the nation’s capital. In fact, some scholars believe this local focus can even be a fix for Americans being meh about U.S. government. In their new book, Healing American Democracy: Going Local, authors Mike Hais, Doug Ross and Morley Winograd say rebuilding Americans’ faith in democracy can be done through something they call “Constitutional Localism.”

Essentially, that means moving as much decision-making as possible out of Washington, D.C., and into local communities – while still staunchly preserving the individual and civil rights granted by the U.S. Constitution, of course (it’s not a way for communities to “selectively secede” from the parts of the Constitution they may dislike). That way, they argue, localities are empowered to create their own civic solutions with an effectiveness the federal government never could. Ultimately, they say, this provides better governance while restoring faith in our democratic processes.

“The only way to unite America is to reinvigorate our common bond based on shared democratic experiences and ideals,” the authors wrote recently. “To do otherwise risks losing our national identity to a politics from either the left or right that seems to exclude too many Americans.”

Whether “Constitutional Localism” becomes a reality or remains a think-tank theory, that last quote is music to our ears. At Civic Nebraska, we know that democracy doesn’t work if it’s not working for everyone, and that community consensus is only legitimate if everyone is engaged, informed, involved and empowered to take part.

That’s why we do what we do — so that instead of Washington-style cynicism pushing us down, the confidence we build and share in our local neighborhoods, institutions, and leaders trickles up.

Learn about how to get involved with Civic Health Programs at Civic Nebraska here.