Like almost everything, our national dessert didn’t begin here – and neither did its main ingredient. 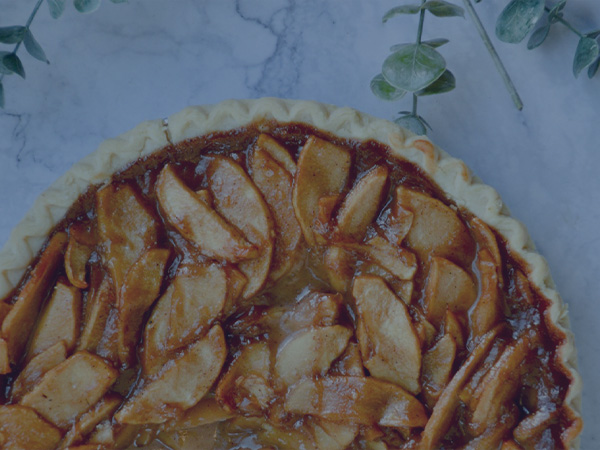 When something is held up as unquestionably American, we are quick to compare it favorably to our country’s favorite kind of pie. England can have her bitter tea, France her smelly cheese, and Hungary her spicy goulash – we festive Americans trump them all with our sweet, savory apple pie. Made with Cortlands, Crispins, Granny Smiths, Jonathans, or other delicious varieties, apple pie really is as American as … well, apple pie.

Except it isn’t. And because it isn’t, it is. Allow us to explain.

Not falling far from the tree

Like almost everything, our national dessert didn’t begin here – and neither did its main ingredient. Apples are native to Asia, made their way to Europe in the Middle Ages, and have only been in America since European colonization. Before that, the only native apple in North America was Malus sylvestris, that small, sour stinker otherwise known as the crab apple. 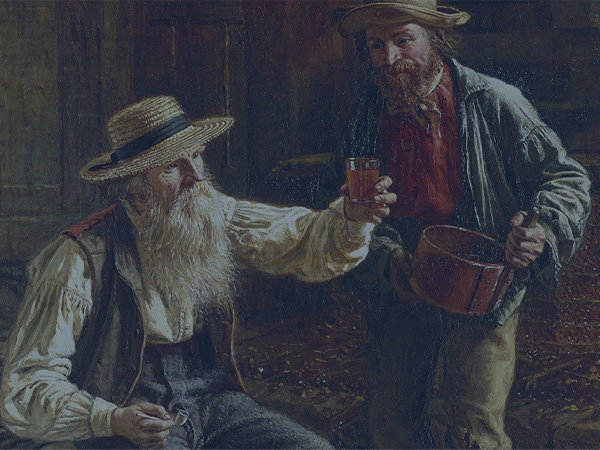 The first American apple products didn’t come on a plate (or from Cupertino) but in a cup. After apple tree cuttings and seeds made their way across the pond to the early American colonies, they were almost exclusively used to produce cider (and you’d drink a lot of cider, too, if your other option was the low-quality water in colonial America). Luckily for our future national icon, apple trees were fairly easy to cross-pollinate. This has given birth to an almost endless variety of lush and juicy fruit.

By the dawn of the 19th century, American farmers grew thousands of varieties. Most were tart, as cider apples tend to be; some of those new varieties, however, turned out to be more fit for eating and not imbibing. Soon, the pleasing aromas of America’s first apple pies wafted up and down the continent: Not one but two recipes for apple pie appeared in American Cookery, the nation’s first cookbook, in the late 18th century.

In 1774, things were getting hot in Massachusetts. In May, England nullified the colony’s original charter and gave the Crown near-absolute control of day-to-day life there. This anti-democratic crackdown, one of the so-called Intolerable Acts, was a big factor in the angst that eventually spawned the American Revolution.

But 1774 is also important because that September, John Chapman was born in Worcester County, one of 12 children to a mother who died young and a father promptly called away to fight in the war. As a youth, John became an apprentice to an orcharder; by the time he was 24 he had planted his first apple tree nurseries in Pennsylvania’s Allegheny Valley.

Then Chapman got a wild hair and hit the road. He headed west on foot into Ohio, planting apple trees along the way (most, again, were cider apples, not the cooking variety). This gained him quite the reputation – soon enough he earned the nickname “Johnny Appleseed.” For more than four decades, he wandered fields, forests, and frontiers, pushing farther and farther west while emptying his bag. 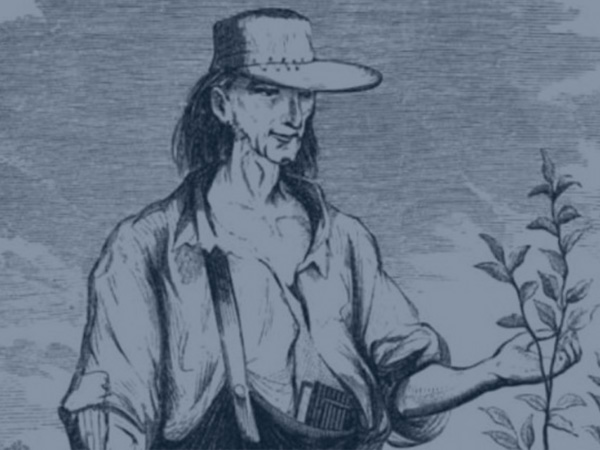 Stories about Chapman’s excursions circulated across the young country. Some reveled in the manly-man-manliness required to tackle the American wilderness; others touted his distinct clothing choices (A gunny sack! No shoes! A cooking pot for a hat!); and of course, his trademark bag of apple seeds. While some tall tales placed Johnny “Appleseed” as far west as California, his planting project most likely came to an end somewhere in western Illinois or eastern Iowa.

After his 1845 death in Fort Wayne, Indiana, Chapman went from an unconventional folk hero to a full-fledged symbol of American expansionism. And because mythmaking is also as American as apple pie, Johnny Appleseed was portrayed as a kindhearted, non-threatening symbol of the European conquest of North America. His memorial gravesite in Fort Wayne reads – ironically or unironically – He Lived For Others.

Originally, the Romans spread the innovation of pie to England – round open-faced meals of meat contained in an inedible, flour-and-water crust. For the next few centuries, English pies stuck closely to this Roman template, including in British America; pre-Revolutionary pies eschewed sugar, and their crusts were still disappointingly inedible.

Apple pie didn’t evolve into the uniquely American pastry we know today, with those buttery crusts and sugary-sweet fillings, until at least the 1810s. The reason is simple: That’s when sugar refineries on plantations across the Deep South emerged. Suddenly, the once-rare commodity of sugar, now cheap and accessible thanks to the forced labor of enslaved peoples, began to show up in early American dishes.

Meanwhile, with orchards cropping up around the country, apple pie recipes were cross-pollinating about as fast as Chapman’s frontier seedlings. In addition to English-Americans, immigrants from countries such as Sweden and the Netherlands contributed various ingredients like nutmeg, cinnamon, and lemon juice to American apple pies of the era.

What do you know? In the United States, the making of pie served as a … a melting pot, if you will. And that’s why we said earlier that apple pie isn’t – and therefore is – quintessentially American.

‘As American as Apple Pie’

Apple pie’s ease, affordability, and adaptability made it a staple in American kitchens in the 18th and 19th centuries. But it didn’t enter the broader culture until the 20th century, when news, advertising, and war transformed it into a wholesome symbol of national goodness. In 1902, a back-and-forth debate in the New York Times, of all places, showed the depth of this sentiment. Rather than focusing on world events such as the Boer War or national initiatives such as President Roosevelt’s trust-busting, the Times’ editors penned a lengthy, full-throated response to an earlier news article suggesting that (gasp) apple pie should be eaten only twice per week:

Pie is the American synonym of prosperity, and its varying contents, the calendar of changing seasons. Pie is the food of the heroic. No pie-eating people can be permanently vanquished.

By 1924, a clothing ad in The Gettysburg Times proclaimed “New Lestz Suits are as American as apple pie,” and when World War II broke out, the phrase became a popular rallying cry: When reporters asked American GIs why they were so eager to fight the Axis, their response often was “For Mom and apple pie!” Roughly translated, that’s “If you have to ask, you might be a German spy.” 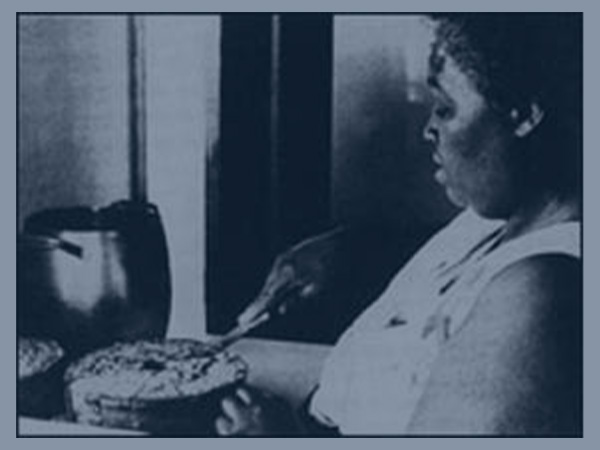 A decade later, pie – not just apple – played a role in the nascent Civil Rights movement. When bus boycotts began in Montgomery in 1955 following Rosa Parks’ arrest, local cook Georgia Gilmore organized fellow cooks and bakers to fundraise for gas and cars, which in turn helped sustain the boycott. Gilmore was the only one who knew who exactly was baking and buying the food the “Club From Nowhere” was producing; the group got that name because when pressed for her sources, Gilmore simply said the money came from “nowhere.”

As Nebraskan as apple pie

You can’t think of Nebraska and apples and not arrive at Nebraska City. Aside from being the oldest incorporated city in our state, Nebraska City has a deep history with apple trees (and, being home to Arbor Day, all trees, really). The community has hosted the AppleJack Harvest Festival every autumn since 1968; between Arbor Day Farm and Kimmel Orchard, Nebraska City has staked a claim as the center of the apple-loving universe in our state. But for the record, several notable apple orchards in Nebraska keep the tradition alive. Those include Degroot Orchards in Madison, Martin’s Hillside near Ceresco, Super Bee Orchard in Fort Calhoun, and Apple Acres near Kearney, just to name a few.

If you’ve read this far, you deserve a reward. So here it is: Granny Smith’s famous apple pie recipe (adapted from an NYT Cooking recipe). Enjoy a slice of freedom on us. 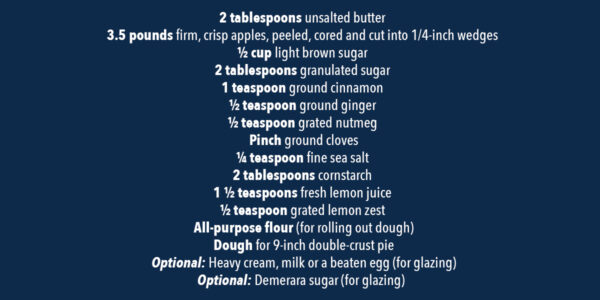 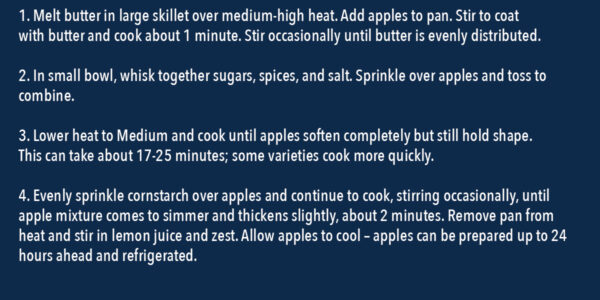 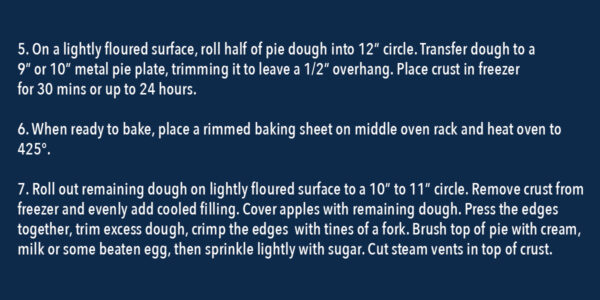 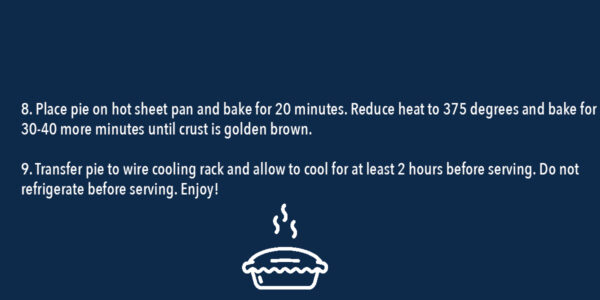 PrevPreviousThe myth of ‘everyone has an ID’
NextMeet Heidi Uhing, our new director of public policyNext