The never-ending legal and political fight over DACA has taken its toll on hundreds of thousands of people in America who simply want to live their lives, Liz Codina writes.

U.S. District Judge Andrew Hanen’s name has blown up recently on news and social media channels. On July 16, the Southern District of Texas judge ruled that the Deferred Action for Childhood Arrivals, or DACA, program was unconstitutional.

Instantly, thousands of people were again put at risk. The United States is home to over 700,000 DACA recipients, who would be subject to deportation without the protections and benefits of the program. Under DACA, those brought to the United States as children are granted temporary legal status and employment authorization, if they meet a series of requirements. 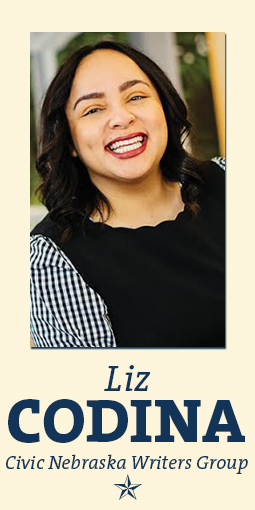 But the program has long been under scrutiny and continues to be controversial. In 2017, the Trump administration ended DACA and stopped accepting new applications. The decision ultimately came before the U.S. Supreme Court, which upheld the program. Now, with Judge Hanen’s recent ruling, another long and tedious court battle is at hand.

DACA can highlight a deep political divide in America. But politics aside, it is important to not lose sight of the fact that at the heart of this issue are people. We are talking about our neighbors.

I have family members and friends who were brought over as children from Mexico. All they know is the United States. This is their home. Yet, the terror of being taken to another country, away from family, friends, colleagues, and peers, is real.

After the ruling, I opened up Facebook. The first friend’s post I saw read I am tired of feeling hopeless. I am tired of not knowing if this will be my last DACA renewal.

It came from a promising college student for whom the United States has been home for nearly two decades. He has his whole life ahead of him. Now, he has again been thrown into a sea of uncertainty.

I was born in the United States, but I grew up in a mixed-status family. I have firsthand experience navigating the burdensome immigration and legal system. To say the United States’ immigration system is broken is an understatement. Coupled with drastic policy changes from administration to administration, the uncertainty takes its toll on thousands of people who simply want to live their lives.

Right now, too much of their lives involve withstanding negative rhetoric suggesting they are somehow less than human. They’re described with words like “illegal” or “alien,” though we know that no human being is illegal. Period.

It doesn’t stop there, of course. A large number of DACA recipients say they live in daily fear of being detained or deported. Trust me, no one wants to end up in that situation: Firsthand accounts report dangerous overcrowding, unsanitary conditions, and even physical and sexual abuse of children and adults in detention facilities.

At the end of the day, we have to challenge ourselves to remember: These are human beings. And to them, this is home. They can’t “go back to where they came from” because they are “from” here.

So, regardless of our politics, we can challenge ourselves to embrace our common humanity with kindness and compassion. We can educate ourselves, educate others, and engage civically. The futures of our friends, neighbors, and peers are at risk. They deserve a fair chance, and we all can play a role in making this so.

I leave you with a plea from my friend awaiting a decision on DACA:

“Keep us in your thoughts.”

Liz Codina supports local efforts to build thriving communities in the Omaha area. She also has worked for nonprofit agencies in program management and development roles. She is among the leaders of the South Omaha Business Association and is vice-president of the Metro Young Latino Professionals Association. For more Civic Nebraska Writers Group columns, click here.

PrevPrevious‘If you need ID at the store, why not to vote?’
NextVoter restriction means new costs, complications, consequencesNext

More than 90 percent of Americans say they want to volunteer, yet only one out of four actually do. It’s time to tackle that disparity, Tammy Day writes.